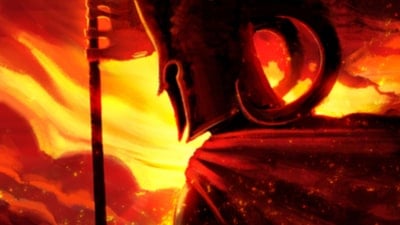 If you’re looking for a formidable force to take on in OSRS, then TzKal-Zuk is one to take on. This Zuk OSRS guide will give you a bit of insight into the boss itself, and what strategies you need to defeat it.

In OSRS, the Inferno serves as a solo minigame that was introduced back in 2017. In this minigame, players are tasked with surviving 69 waves of enemies that progressively increase in difficulty. This will ultimately lead to facing off with TzKal-Zuk at level 1400, who we will be looking at in this guide. If you are defeated, then you will be sent back to the very start and have to begin with the first wave again. It is considered to be the biggest challenge for solo PvM in the game, surpassing the likes of the TzHaar Fight Caves.

To access the Inferno you will need to give a fire cape to TzHaar-Ket-Keh. Once you give him the cape, you will be allowed to enter the Inferno as many times as you’d like. You can’t access the Inferno on unrestricted worlds, and you won’t be able to restock between each wave. If you want to take a pause during the waves, then there is a way in which you can do so. This involves attempting to log out when you are in between waves.

So as you can probably gather by now, you are in for a tough challenge ahead of you. However, with a heads up on strategies you could be soon reaping the rewards that beating Zuk has to offer. So once you get past the waves, you are going to be taking on the daunting Zuk, so here’s what you need to know.

Zuk is the last enemy that you come up against in the Inferno solo minigame. What’s more it’s the second strongest monster in the entire game, only bested by Verzik Vitur. It is however the strongest monster that you fight alone, so you’re going to need some tips to overcome. Zuk is allegedly the head of the TzHaar in the Inferno, and you can pay 100 slayer reward points that has either Nieve or Duradel assign a Tzhaar slayer assignment.

When you are given the Tzhaar slayer ask, you will then be given the option to choose between either TzTok-Jad or TzKal-Zuk. For Zuk, you will have to have killed a TzKal-Zuk once before to get it assigned as a slayer task. By defeating Zuk on a slayer task you will get 101,890 slayer experience.

Zuk is unreachable from the platform you are on, so you won’t be able to use melee attacks. This means we need to focus on magic and ranged to succeed. If you have the Twisted Bow, you’re in luck because this is the best choice choice of weapon. The Toxic Blowpipe is also good when you get minions coming into the battle as well.

As the fight plays out, you will see a shield come up that protects you from Zuk. There are 600 hitpoints on the shield, but it will begin to move. Ensure that you move with the shield to avoid taking damage from Zuk. TzKal-Zuk hits hard, so if you don’t get behind the shield you could be in deep trouble. There is a chance that the attack could miss or you could at least survive the attack, but it isn’t something you should bank on. If you are using the Toxic Blowpipe, then be aware that it can lead you away from the shield as well.

You will also see Jal-Xil and Jal-Zek attacking the shield as the fight progresses. Your goal in this instance should solely be on stopping them from destroying the shield. If the shield is destroyed, then you aren’t going to survive much longer. With that in mind, take them out as fast as possible then go back to Zuk when necessary.

Once Zuk gets to 480 hitpoints, you will see the shield being attacked by a JalTok-Jad. This, again, is something you really need to focus on to protect the shield. This can become a problem especially when Jal-Xil and Jal-Zeks start appearing again, so you need to balance your priorities.

When Zuk gets down to 240 hitpoints, its attacks will speed up and four healers, known as Jal-MejJaks will appear. Typically, the healers will increase the hitpoints by an average of 25. If you don’t attack Zuk in this time, then its health bar will soon begin to regenerate. You need to attack them as soon as you can. The healers will use AoE attacks on you so take them out before you go back to fighting Zuk.

One viable tactic is to avoid making the healers appear in order to kill them before Jal-Xil and Jal-Zek respawn. The Toxic Blowpipe will come into play well when fighting the healers here. Once Zuk has finally been killed, you will no longer have to deal with any remaining minions.

First of all, congratulations are in order for defeating TzKal-Zuk. For defeating this boss, you will be given an infernal cape that cannot be traded, as well as 16,440 Tokkul, which is the currency of Mor Ul Rek. If you have finished the Elite tier of the Karamja Diary, then the amount that you earn is doubled. Meanwhile, you have a 1/100 chance of getting a Jal-nib-rek pet after beating Juk. If you wish, then outside you can give away infernal capes to get another chance of getting a Jal-nib-rek.

So now you have all the tools you need to defeat this difficult boss with the Juk OSRS guide. Given that it is one of the toughest enemies to face in the game, you will need to be at the top of your game. Focus on the minions and the shield, and Juk will be finished in no time. That said, some players who get sick of trying and failing time and again do turn to OSRS power leveling offers (Infernal cape services) that consists of a more skilled gamer taking control of the OSRS account and defeating Zuk for them. It’s always an option for players who want to save time.