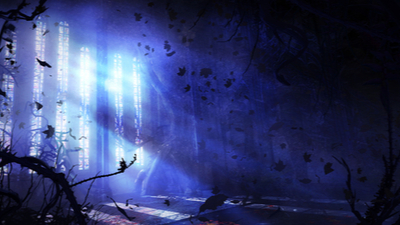 The Theatre of Blood conjures some challenging battles for you to face in Old School RuneScape. If you have been looking how to beat Verzik Vitur in particular, then the following Verzik OSRS guide will teach you what you need to know.

In this Old School RuneScape guide, we will be discussing:

Before we delve into strategies, let’s first take a look at what we know about the boss herself. Verzik Vitur hails from Vampyrium where she was the head of the Vitur family. She made her way to Gielinor with a number of other vampires in the Second Age via Zaros. Prior to leaving, she had managed to domesticate several nylocas to take to Gielinor. She also helped Lord Drakan take over Moryrania in the Third Age. This saw her being rewarded with Queen Efaritay’s castle, which would become Ver Sinhaza down the line.

Verzik is very demanding, wanting to be entertained by her vampyre army through blood sports. This wouldn’t be enough to sustain her however, leading to the creation of the Theatre of Blood. Here, we would see ferocious creatures doing battle with those who dare to oppose them. The nylocas would also be bred, which would see three new breeds coming to life. Verzik would be bitten by one of these nylocas, which gave her new abilities, albeit leaving her obese and susceptible to non-silver weapons.

So we have a little bit of background on who the boss is. But now we need to find out just how we can take her down.

In the very first phase, Verzik won’t initially be hostile. You will see her sat on her throne, and once you start talking to her she will start to fight.

To start off with, Verzik’s shield will be up. You will be able to tell by the bar that you find in the top left of your screen. Using the dawn bringer here can be useful when her shield is up. Make sure that you do drop behind a pillar as well, so you can regenerate as required and continue the process.

The pillars play a key role in your survival, so make sure that you are using them. This will help you to avoid any damage that Verzik throws your way. If you are confident enough and want to speed up the phase, then you can start attacking her during this phase. That being said, if this is only the first few times in which you are facing this boss, then you should probably avoid attacking her with regular weapons at this point.

Once the pillars have been attacked four times or so, they will start to collapse. With that in mind, keep an eye on the health of the pillars during this phase. You will also want to stay away from the pillars when that begin to fall as you can take damage.

In the next phase, you will see the introduction of an electric attack from Verzik. This can take 50 damage from you, so be aware. When the nylocas begin to spawn, then make sure that they are frozen instead of killing them. As for the purple crab, begin to attack it using a poison weapon. The tentacle whip is good for this, and the effect that it has will stop Verzik from healing. When you see the red nylocas that spawns, you should make sure you kill it as soon as possible. This should be prioritised over Verzik until its dead.

Also in this phase, you will want to have your overhead prayer to be set on magic. There will also be ranged attacks coming your way. When this does happen, you need ensure that you are dodging them as efficiently as possible.

There are four attacks that Verzik adopts, which are in a particular order. This goes from nylocas, to webs, then yellow pools, to the bombs and then the process will repeat itself. In the nylocas phase, Verzik will spawn them so use ice barrage to freeze them, before turning your attention back to the boss.

Next is the web phase. This is something that will need your concentration, as you will want to be wary of your movements. In the phase itself, you should run clockwise when approaching the boss, then hit her in middle of her sides.

Then we have the yellow pools. Once you have seen the pools spawning, you want to run the nearest pool. By doing so, you will be protected from any attacks that Verzik has to throw at you. Each pool can only protect a single player, and the amount of pools that spawn will depend on how many players are in the room at the time.

The next attack is the green ball bomb. This occurs after the yellow pools, so make sure you are prepared for them. These will cause 74 damage, so make sure you’re equipped to tank them if necessary.

The final attack is the purple tornadoes. These appear when Verzik gets down to 20% health, and will begin to chase the player. Avoid this as much as you can, as they will heal Verzik as they catch up to you. Her attack speed will also increase as well in this phase, so be ready.

Receiving Your Reward for Verzik OSRS

Now that you have beaten Verzik, you will see a trapdoor opening up under her throne. This leads through to the treasure vault, where you’ll find five treasure chests. For every chest there is, one player can access each. The chest that you can search will be signified by an arrow.

You can get a unique rewards which you can tell by a purple aura coming from the chest. You could also simply get up to three other common rewards. The rewards that you receive also vary on performance.

So you should now be equipped with the tools you need to fight the Verzik OSRS boss. Keep your eye on each phase changing, and you will be flying through the Theatre of Blood and taking out the bosses that stand in your way.