A Guide on How to Link a Nintendo Account to Switch 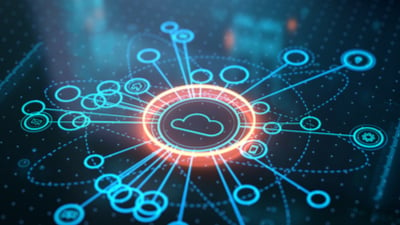 For those that just got their Nintendo Switch, it’s understandable that the setup process can be tricky-especially to those that regard their Switch as their first step into the world of console and handheld gaming. When compared to other companies such as Sony and Microsoft, Nintendo is way off in terms of progress when it comes to online services and ensuring their users know how to link their Nintendo account to their Switch. So much so that Nintendo has acquired a reputation of sending its Nintendo console/handheld owners into a downwards spiral of rigorous tinkering and tweaking just to get anything online-related up and running.

From friend codes to Nintendo IDs, let’s just say that gamers who are experiencing a Nintendo console for the very first time shouldn’t expect stellar optimization and easy access compared to the PS4/PS5 and Xbox Series X. With the recent addition of the Nintendo account system, at least the Switch is heading for the right direction this time. When booting up a Nintendo Switch for the first time, there are two things that players must do before anything else: to select the region of their e-shop and set up their Nintendo account. So what exactly do players need to know on how to link a Nintendo account to Switch?

A Nintendo Account is the most important thing to have for players who want to have an access to the Nintendo e-shop. The Switch is Nintendo’s modern-day console, and as such, it’s a system that needs to have online access to be able to connect with a variety of other accounts and platforms that are present in certain games. If players want to be able to experience Nintendo’s online services, having a Nintendo Account is a requirement.

Why You Should Link Your Nintendo Account to Switch

Linking one’s Nintendo Account to their Nintendo Switch is essential if they want to be able to experience the console-handheld hybrid to the fullest. By doing so, there are several benefits that they’ll be able to have. For one, players will be able to access online game modes for online multiplayer, DLC add-ons, global ranking for competitive games, and more. And two, they’ll be able to earn My Nintendo points for every purchase that they make on the Nintendo e-shop.

These coins can be accumulated and used to get small discounts on a player’s future digital purchases. At the end of the day, it all boils down to if players want to do anything that’s online-related at all. If players want to be able to exchange friend codes, share their short video clips or screenshots in social media, or use applications that require internet access, then they have no choice but to make a Nintendo Account and link it to their Switch.

There’s also the matter of the Save Data Cloud Service. For players that have more than one Switch, then it’s highly recommended that they get a Nintendo Switch Online membership. The subscription-based membership essentially lets players gain access to exclusive Nintendo-only games such as the SNES and NES library which consists of games from that console (similar to the Wii U and 3DS’ virtual console). They’ll also be able to play online on Nintendo’s first-party titles such as Splatoon 2 and Super Smash Brothers Ultimate. Getting down to business, the Sava Data Cloud Service lets players back up their saved data from their Switch to the internet.

Since the saved data is unique to each user and is non-transferable, they can then choose to move their data to another Switch console should they choose to do so–all they have to do is connect to the internet, and voila! This is by far the most useful aspect of not only having an online membership but a Nintendo Account as well.

Linking your Nintendo account to your Switch console is super easy. Here’s how:

Compared to the past consoles and handhelds of Nintendo, the process for the Nintendo Switch is by far the easiest. With the linking process of a Nintendo Account to the Switch a lot less painful, players are hopeful that Nintendo has plans to continue these steps forward in terms of improving their online services.