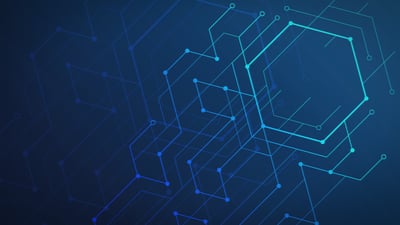 Xbox has been considered to be the underdog for many years (even though that’s not the case anymore). Many have claimed that they’ve been living in the shadow of their competitor who has shined bright like a diamond for years. Time and time again people ignore Microsoft’s console for Sony’s flagship console, the PlayStation. Well, let’s just say that Microsoft has upped their game. Thanks to the Xbox Game Pass, gamers now have a pretty good reason why they should come over to where the grass is greener.

The Xbox Game Pass houses a lot of titles with more to come in the future. While this isn’t exactly great news for gamers that prefer physical media over a subscription-based system, it’s worlds better than what the PS Plus offers. Knowing how to link EA Accounts to Xbox is an important step that players must take if they want to be able to experience Microsoft’s console to the fullest. Fear not, linking your EA account is straightforward.

The process of how to link Xbox to EA accounts is, thankfully, not one that people will have to rack their brains to complete. To start, simply open any game from EA on the Xbox console. Most if not all of the games from EA ask its players to log in at the start, but others immediately sign players into EA’s servers should they want to gain access to a game’s online mode. For everything to work accordingly, the player must first have an EA Account, so they should sign up on EA’s official website if they haven’t already. Once they’ve created their account, they can just simply enter the e-mail address and password that they used for their primary EA account, and presto, they’re officially signed in!

It never hurts to be sure whether everything’s been done right. Players can check to see if they’ve managed to link their EA and Xbox accounts together by simply heading on over to the About Me page on EA’S My Account website. If they see their Xbox Gamertags linked to their EA account under the Connected Accounts tab, then that means that the process went smoothly. Players will have to link their EA accounts again if they plan to switch to a new Gamertag though. This goes the same should a gamer transition to the next generation of the said platform, they just have to make sure to use the same EA account as last time.

Can I Link Two Xbox Accounts to One EA Account?

The Pros of Knowing How to Link Xbox Accounts to EA

There are a lot of benefits to linking a player’s Xbox account to EA games. For one, players don’t need to log in every time they play an EA game anymore. To no longer go through the hassle of signing up every time gamers want to play a game is a huge plus. Another perk worth noting is that all of a player’s progress in whatever EA game that they play is directly linked to their EA account and not their platform account. This way, players get to save their data on EA titles. The only drawback to this is that their progress won’t be able to cross different platforms.

Linking accounts is always a handy knowledge to have especially in this day and age where technology is constantly evolving. Instead of having to back up files manually, players can just opt to know how to link EA accounts to Xbox instead. With more games coming for free down the line via Game Pass for the Xbox console, there’s no doubt that players will be thinking of linking their EA accounts again to the next generation of the console.