How to Merge Steam Accounts – Is it Possible? 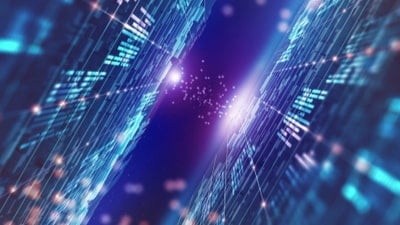 Steam is one of those platforms that’s known by all gamers. Most gamers would even say that Steam was the place where they started playing games and got introduced to the world of gaming. While people now have other options to tinker with such as Origin, and with the emergence of Epic Games, who own Fortnite, PC players are still very much loyal to the client that they grew up with – Steam. One of the main reasons is that Steam has some of the best digital sales in the gaming industry. Players get to experience multiple types of sales about an event. For example, there’s the Steam Summer Sale and the Halloween Sale where selected titles from their vast library get discounts; some games even have a discount of a whopping 90% off. It can get pretty addicting to hoard all of these digital games even if the players already have a large backlog of games that have piled up for their previous purchase during the last sale. That being said, knowing how to merge Steam accounts is useful since more often than not, players have made more than just one account using a single email.

Is It Possible to Merge Two Steam Accounts?

Much to the dismay of every player that uses Steam, it is not possible to merge two Steam accounts. As per the Steam Subscriber Agreement which can be found on the Steam client, things such as CD keys and game subscriptions cannot be transferred and reset/moved to another Steam account. In other words, everything will be bound to one Steam account, and is therefore no possibility to move digital or in-game purchases that were made through the course of the lifetime of the account.

Now, before people feel gutted about this predicament, there’s a loophole to this. The Family Library Sharing allows family members (or even just friends/yourself, really) to share games while keeping their accounts still separated. Through Steam Cloud, players can play one another’s games while still being able to earn Steam achievements for themselves. They’ll also be able to save their progress on certain games with it. So long as the person who owns all of the games grants access for the secondary accounts to also launch the games, then they can essentially use that tactic to let other people play their games without having to buy them. The only catch is that only one account can be on at a time should there be an instance where someone else is playing the very same game that they’re trying to launch on their client.

A question that people ask others that have more than one Steam account is “Why? What’s the purpose?” and they’ll be met with varying answers. For one, players can use their secondary Steam account to farm cards for the games that they already own. Card trading used to be quite the hit back then, and while the trend has died off for a while, cards can still be earned in Steam by playing the respective game. This is a trend that’s been going on for the people that like buying game bundles that cost a fraction when bought at full price since they can at least make a profit from the cards by selling them in the Steam marketplace. Although the money that they get isn’t exactly a lot, the spare change can help them nab a couple of cheap games during Steam’s seasonal sales.

Another reason why people use more than one Steam account is that they can use their second Steam account as a smurf for competitive games. These games such as Counter Strike: Global Offensive and Dota 2 have massive followings. Players that play both games regularly also use their second Steam account as a sort of storage space for their inventory that they can use later on for trading. There are a lot of items such as cosmetic skins and parts for champions in Dota 2 that can be traded to other players. Heck, even couriers can be traded through Steam! However, Steam has since regulated the trading on their client by limiting each Steam user to 200 market sales per year. By having alternate accounts on Steam, people can just put money into those accounts, wait for about 30 days to use the Market, and begin trading once more.

It’s unfortunate for people who want to know how to merge Steam accounts to find out that it’s impossible. But hey, at least with the Family Library Sharing option, there’s a roundabout way to get the job done. There’s no word as to whether Steam will amend their Steam Subscriber Agreement and allow plays to merge their Steam accounts, but they’ve been at it for years now, so it’s hard to imagine that they’ll have a change of heart regarding the merging of accounts anytime soon.