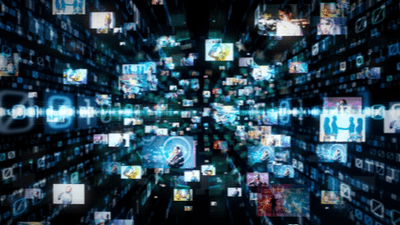 Despite the introduction of the integration between Twitch and Battle.net, many are still left wondering what are the procedures on how to link their Blizzard accounts to Twitch. The integration was first done way back in September of 2015 during the height of the popularity of Heroes of the Storm. During the first few months after making the possibility of linking both accounts a reality, Twitch offered players who would watch the Heroes of the Storm regional championship on their platform while logging into their Twitch account that has their Blizzard account linked to it to receive a Storm Watcher portrait that, according to them, would make their “super cool and will make all of their friends green with envy”.

While that statement is pretty cringe-y, one can’t deny that having free loot/items in the game is the best. Perhaps the greatest part of it? Players didn’t have to do anything but what the event or keep it running in the background. While the game has unfortunately fallen off to irrelevancy at this stage, there are still a couple of benefits that players can get should they opt to their link Twitch account to their Blizzard account.

How to Link Blizzard Account to Twitch – The Procedure

To start with, players must first make a Twitch account if they haven’t already. There is a reminder even though the whole shindig is for people who presumably have a Twitch account in the first place because there may be the possibility of them not having the account. Twitch is a great streaming platform to watch anything game-related (or bathtub streams, no judging) and people don’t even need to sign up for an account if they want to watch their favorite streamers. That’s right, it’s entirely possible to watch anything and everything that’s on Twitch even without signing up. The only thing that people who don’t have a Twitch account can’t do is interact with the said streamers through the chatbox.

After creating a Twitch account if they don’t have one already, players must log into it and then go to their Twitch Connections page where they’ll see a list of all recommended connections that they can manage. There are a couple of options that they can connect their Twitch account to, but for this case, they should connect to Blizzard Battle.net. Before that though, they have to choose which server that they’re in first, so they ought to just choose the server that’s accurate to their location. Once they click “Connect”, they’ll be met with another small tab where they’ll be prompted to log in to their Battle.net account, and presto! They have officially linked their Twitch and Blizzard Battle.net accounts together.

Things to Know About Linking Blizzard and Twitch

There are a couple of common issues that gamers need to know after linking their Blizzard account to their Twitch account. First off, some browser plug-ins can block Twitch from recording their presence when a stream is happening. To prevent this, it’s recommended that they temporarily disable their plug-ins to make sure that they’re eligible to get the rewards from watching certain events. Another issue that players usually encounter is that even after watching the event, they seem to still not get the reward in the game. Players can avoid this predicament by making sure that they’re logged in to their connected Twitch account while watching the said event. If they’re not logged in, then they won’t get be able to get credit for watching and in turn, won’t get the rewards.

For those that have Twitch Prime already, then they’re in luck. Twitch Prime holders can get all sorts of monthly rewards from the streaming platform. There is a whole slew of games that give out free cosmetic items and even actual video games for those that have Twitch Prime. For those that play games from Blizzard, they’re bound to run into a couple of rewards. Back in July 2018, Blizzard Entertainment partnered with Twitch and Amazon to bring players a series of in-game rewards for Overwatch. Players were able to grab two Wrecking Ball Loot Boxes which contained random items for the Overwatch hero Wrecking Ball.

Twitch Prime members could also claim a Golden Loot Box which houses a lot of rare items. All of this is possible for players that have linked their Blizzard account to Twitch and have a Twitch Prime subscription only. There’s no news as to whether there will be another partnership between Blizzard and Twitch to give out free stuff, but since there’s support for Blizzard on the streaming platform, players can count on the possibility of it in the future.