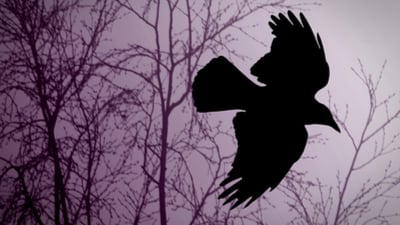 In Genshin Impact, Fischl (affectionately shortened to Fish by players) is a powerful support and DPS character. Her Elemental Skill summons Oz, who will fire Electro projectiles at nearby enemies. With enough constellation upgrades, he will fire at the same rate as the active character’s attack speed. Along with that, her second ascension talent adds even more damage. When an Electro related reaction happens while Oz is active, a thunderbolt crashes down on the target(s). What’s even better is that he stays on the field even when Fischl is switched out.

Her Elemental Burst lets her fuse with Oz for a few seconds, gaining increased mobility. Enemies she flies by in this form get hit with one thunderbolt each. After its duration ends, Oz appears on the field, resetting his timer if he was active beforehand. With certain builds, Oz can stay on the field almost indefinitely. A constellation upgrade lets Fischl heal about 20% of her life after the duration of her Burst. Unlike other Elemental Bursts, Fischl is not invulnerable during the duration of the attack, so watch out for that.

Most Genshin Impact players use Fischl for Oz, though some builds have her as an active DPS character. She performs well either way, though it does depend on how you build her. Any character with an elemental infusion ability (except for Electro users) can make use of reactions to boost Oz’s damage output. Pair that with a character with a quick attack speed (like Childe) and Oz becomes a machine gun that tears through most enemies.

Her story begins with a girl whose parents were busy adventurers. The little girl spent her days in the library, where she traveled through worlds through the pages of a book. Later, when her parents come home from adventuring, she tells them all about her favorite adventures in other worlds. She became the Princess Fischl, Ruler of the Immernachtreich.

Her parents indulged her roleplaying habit, and called her Fischl. However, her peers were not as accepting of her habits and shunned her. Fischl reassured herself through the loneliness, she has her parents and her dreams, after all.

Yet, the dreamer has to wake sometime, and on her 14th birthday her world shook. Her peers had never warmed up to her, and she was reminded of the fact again. Dejected, she consoled herself that her parents will understand. When she came home and told her parents about it, they only told her to stop and grow up, to her dawning horror.

Betrayed by everything she knew to be true, she cast away her old name and became Prinzessin Fischl in truth. That day was also when she met Oz, and in a manner that echoed her favorite story.

Now, Fischl is the investigator for the Adventurer’s Guild. Despite her rather convoluted manner of speaking, her instincts are as sharp as a tack. She correctly guessed the true nature of the meteorites in the Unreconciled Stars event, before Mona confirmed it.

She got an unfair advantage in Oz, whose eyes she could use as a conduit to see what he sees. With this power, she can see what normal people can’t, and in a bird’s eye view, no less. Her ability let her land the Investigator position at a tender age of 14, and she does her job well.

The guild has a joke about having a Fischl dictionary, as an attempt to untangle her long-winded turn of phrase. Of course, there is no such book, but the guild tries to understand her just the same. They focus on what she means to say and not how she says it, which the Prinzessin notices.

She likes it even more if they manage to replicate her manner of speaking. When they do, she becomes flustered yet praises their ‘language-learning’ skills. Of course, she’ll try to pull them in a full-blown conversation afterward, which isn’t very practical. She still appreciates the attempt.

How Did Fischl Get Her Vision?

Oz is an unusual creature, even by Teyvat’s standards. Is he a subconscious manifestation of Fischl’s desire to have friends? How did he gain consciousness, where no other familiar can do what he does? Most importantly, is he just a figment of a girl’s imagination?

Well, okay, there is one other talking familiar, Changsheng, Baizhu’s snake. However, it’s still unclear if she’s a Vision construct like Oz or not. At this point, there is only that similarity linking them together. We’ll have to wait until Baizhu gets released or a similar familiar appears in-game.

At least, the day Fischl introduced Oz to her parents can answer that last question. She had just received the Edelstein der Dunkelheit (her Vision) and Oz had appeared. She went down for dinner with Oz in tow, and he got along well with her parents.

Her parents were just overjoyed to see their daughter finally introduce a friend they can see. It would be later that she’ll gain more friends such as the ‘One Who Bears the World’s Curses’ (Bennett), the ‘Visitor From Outer Worlds’ (the Traveler), and the ‘Strange Fae-Shaped Emergency Sustenance’ (Paimon).

The Electro Archon holds eternity as her ideal. In the stories ‘Flowers for Princess Fischl’, Immernachtreich is where all worlds eventually come to an end. Then, the Prinzessin and her companion will one day cleanse everything of all that is ugly and wicked. Then she will burn her heart and its light will trigger the rebirth of the universe. That is a kind of eternity, which fits the Archon’s ideal.

But first, she has to travel across multiple worlds, taking in the sights and cherishing them. Even in this short sojourn in a slightly backward world, Prinzessin Fischl is content to be an investigator for the Adventurer’s Guild.

Fischl from Genshin Impact may be long-winded and weird, but she is a good addition to anyone’s team. Her support is top-notch and versatile, plus she can deal damage on her own. Hope you enjoyed reading about her and gained a little insight to her character.