ESO Templar Healer Abilities, Skills, Ultimates, and How to Play 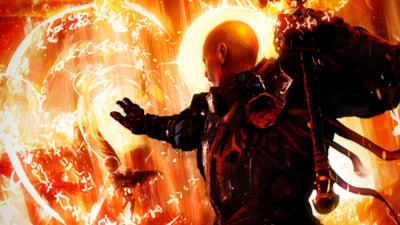 Getting started with healing in Elder Scrolls Online requires you to take quite a few factors into consideration. If you are going to be adapt to an ESO Templar Healer build, then you’re going to need to know a few things first. So this guide will be looking at being a healer in general, and how effective the Templar Healer can be.

How Does Healing Work as an ESO Templar Healer?

Ok, so this may sound like an obvious question on the surface. However, it is a bit more intricate in Elder Scrolls Online when you are comparing it to other similar games. The way in which you use healing does differ, and you will be using a variety of skills across the numerous skill lines that ESO has to offer. How effective your healing skills are will vary depending on what playstyle you choose to adapt to. There are some classes that are pretty self-sufficient as well, which will alter your method of healing.

When it comes to how you can heal in ESO, there are many different ways for you to do so. You have single target healing for example, which allows you to focus on a particular ally of yours that may need more help than others. These tend to be more efficient in the amount of healing proficiency they have, but it doesn’t mean that they are the most effective in comparison to others. It’s the fact that because they focus on one target, they are stronger than others in some ways.

Single target burst heal is effective for when your allies need significant healing but you aren’t sure about their location. They are very powerful and can heal your ally quickly. These are for emergency use only and focus on a very limited number of allies.

Then we have area of effect healing. You have the AoE heal over time healing which you can either put near your teammates or on the floor to heal everyone within the vicinity over a period of time. The length of time that it lasts varies, so when you use it is vital to how effective it will be. With that in mind, keep an eye on when you think allies are about to take damage before you start using it.

There’s also AoE burst heal, which is great for when your allies are taking heavy damage. This will help your team to get their health as close to full health as possible straight away. That said, as helpful as they sound, they should be used sparingly as you have other options for less dire situations.

If you want to adopt some smart healing, then this can come in very handy. You can use it to target allies that have the lowest amount of health left automatically. In certain cases, you will need to be within a certain vicinity to your ally, and you may have to be facing them too.

Playing as an ESO Templar Healer

We now have some background on healing, so why should you be a Templar? This class is arguably the easiest to use of them all, where you will be using your holy magic to heal your friends. There are a number of burst heals for you to use in a skill line that is entirely focused on healing. There’s passives as well that can increase the power of your healing too.

Templars have a few healing skills that are useful, including a single target burst heal known as Rushed Ceremony. This is a powerful healing skill, and the first one that you get. There are morphs that will refund the cost of the ability called Honor the Dead, and you can heal another injured ally for half the cost with Breath of Life.

The most powerful burst heal available is Healing Ritual. This is an area of effect heal that is very effective, but it also costs the most. Using the Ritual of Rebirth morph will be able to heal an ally that is outside of the necessary radius, and you can increase the speed of movement for your ally that you have healed with Hasty Prayer.

There’s also a heal over time form of area of effect heal called Cleansing Ritual. If you have allies that have negative effects then they can be cleansed with the use of the synergy known as Purify. This will also take off a couple of harmful effects as well. If you want to deal damage to your foes, then the use of the Ritual of Retribution morph is handy, and you can also use the Extended Ritual morph to add to the duration of cleansing you can have.

There is also utility skills that you can use as well. Restoring Aura has the Radiant Aura morph that affects the enemies around you with Minor Magickasteal. Rune Focus meanwhile will add to your resistances and you can restore your Magicka over time with the Channeled Focus morph. You also have the likes of Spear Shards as an AoE damage over time skill, and Backlash that can debuff enemies that you have targeted.

Which brings us to the Templar Healer’s ultimates, the first of which is Rite of Passage. This will be your most powerful ultimate, in which it uses a potent mix of area of effect burst healing with healing over time as well. You can increase the time that it lasts for with the Practiced Incantation morph, and increase your resistance with Remembrance too.

Your second ultimate is Nova, which mitigates damage for your allies and deals damage to your enemies as well. There is a morph called Solar Prison that adds to the damage you inflict and will leave enemies stunned for longer. If you want to leave Major Maim on your enemies for longer, then use Solar Disturbance as well.

You should now know a little bit more about how Templar Healers work and function in-game. If you think the playstyle is right for you and you want to start playing as an ESO Templar Healer, we advise you to go for it. Once you get your head around the mechanics, you will realise just how user-friendly it can be compared to the other classes.