Jagex Will Improve the Agility Skill for OSRS 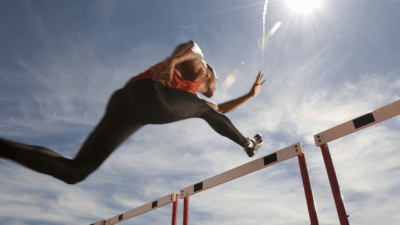 Agility is one of the members’ only skills currently in Old School RuneScape that will affect how fast your run energy lasts and regenerates even when you’re in a free-to-play world. This skill is crucial if you don’t want to waste your gold on Energy, Super Energy, or Stamina potions, which all restore your run energy to make you run longer. However, Jagex is now proposing some changes that could be a life changer to run energy drain and regeneration and how they link with the agility skill and could even bring something as bold as making Agility a free-to-play skill.

You can train your Agility on various Agility courses, and for completing a few quests, you’ll also get some Agility XP. You will want to train your Agility because it will offer you access to various shortcuts that are significant quality-of-life improvements, as you will have to run less. A higher Agility level will help you run more before you run out of energy. You can train on courses at specific levels. For example, the most popular training courses include:

If you’d rather engage in a minigame, you can train your Agility in the Hallowed Sepulchre starting at level 52. You can also use the Agility Pyramid located in the Karidian desert, or, if you’re brave enough, you can use the Wilderness Agility course located deep in the Wilderness.

Weight, besides your Agility level, is another factor that will heavily influence how fast your run energy drains and regenerates. Weight is calculated based on the items you have equipped and those in your inventory, ranging from -64 to +64. The dwarf multi-cannon components are cumbersome, for example, and this will be confirmed in your chat box every time you pick it up.

The Graceful outfit is a set of pieces of equipment that you can only get by training your Agility. It will negatively modify your weight and the rate at which your run energy will regenerate. It is usually considered the questing outfit and represents one of the first grinds for many players.

None of the components of the set is tradeable, so you cannot buy it from other players, and, as such, you will need to collect Marks of Grace and then exchange them for pieces of the Graceful outfit in the Rogues’ den under Burthrope.

Many new players get discouraged by the initial grind heavily recommended by veteran players because of its huge usefulness. This is why Jagex plans to bring more value to the untradeable set with the proposed changes and more value to the Agility skill.

The proposed modifications will scale up how much faster your run energy will restore the higher your Agility level, but will also make it harder for you to run for long the heavier you are. This will make the Graceful outfit even nicer to have a piece of equipment, but not an absolute necessity for your account.

Jagex proposes a buff to how fast the energy restores while at the same time changing how fast it drains based on Agility and weight. This will ultimately mean that regardless of your weight, you will run more, and the higher your Agility level is, the more you will be able to disregard how heavy you are.

Another thing Jagex is considering is bringing back rest stops around Gielinor which are unique places where you’ll be able to restore your run energy for free at much faster rates. This is mainly to improve the quality of life for new players, but veteran players might also benefit from such changes.

If Jagex goes ahead with these changes, you’ll see a slight nerf to how much you can run before 20 agility at full weight, but otherwise, an overall buff to how much you can run. While this will reduce the need for a Graceful outfit which is impossible to get before level 20 Agility anyway, it will also somewhat lower the demand for the run energy restoring potions: Energy potions, Super Energy potions, and Stamina potions.

You will likely still need to use Stamina potions in specific boss encounters, like Skotizo or Theatre of Blood. However, being able to run more without consuming anything will lower the need and demand for these items, and their price might drop slightly.