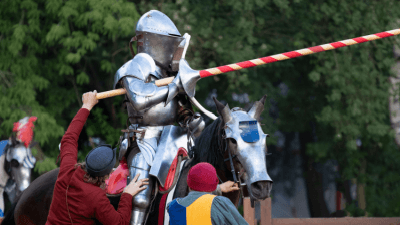 Jagex presented a new grandmaster level quest during the 2022 Winter Summit event for OSRS. They also spoke about other new game updates, such as a new skill, the return of the Bounty Hunter PvP minigame, and other planned changes that they could potentially release in early 2023. As such, Desert treasure 2 will be the fourth grandmaster quest in Old School RuneScape and will be released in the first part of 2023 if it passes the polls.

The Importance of Quests

Quests are a big part of RuneScape and bring amazing rewards besides fascinating stories, lore, fun, and humor. Generally, you’ll get quest points according to the length and difficulty of the quests, XP, untreatable gear, and sometimes even gold or a few tradeable items. On top of this, completing quests will bring you various unlocks, such as the ability to kill certain bosses or use fairy rings, one of the most dominating alternative teleportation systems in OSRS. Moreover, completing all the quests will give you access to the Quest Point Cape, which is a huge account milestone.

Quests are so loved that Jagex even launched a new game mode dedicated to the players who love questing, the Quest Speedrunning Mode. However, the community is spread regarding questing, and some players hate solving quests and would much rather skill, kill bosses, or PvP than engage with the story.

Even if you’re one of the players from this latter category, you’ll be more than happy to know that Jagex has been preparing a new quest. This is because one of the quest’s rewards is the ability to face the four quest bosses after the quest and use them as a great money-making technique, similar to Vorkath after Dragon Slayer 2.

How Many Quests Are Currently Available for OSRS?

There are currently 155 quests in OSRS, but before launching the new grandmaster quest, Jagex will bring at least one more master level quest on January 11th. Secrets of the North is scheduled for January 11th and will be a requirement for Desert Treasures 2.

The 155 quests are categorized into five classes according to difficulty (novice, intermediate, experienced, master, and grandmaster) and five according to length. The grandmaster quests are the highest difficulty in OSRS. This means that you will need both high-level skills and other quest requirements to start the quest.

Jagex still needs to publish the skill level requirements for Desert Treasure 2. Still, you should expect them to be in line with the other three grandmaster quests, such as Song of the Elves, which requires a long list of skills at level 70 and will unlock Prifddinas, the city of the elves, and Dragon Slayer 2.

While Jagex hasn’t mentioned any skill level requirements yet, they did specify that one of the requirements will be in Prayer, so it is safe to assume that the Prayer level required will be at least level 70 or even more than 77 Prayer.

Desert Treasure 1 is a masters level quest that will have you explore various places around Gielinor to hunt down four diamonds representing the four ancient elements: smoke, blood, shadow, and ice. It rewards you with a new spellbook, the Ancient Magicks Spellbook, which contains the strongest combat spells, such as the level 94 Ice Barrage.

Enakhra’s Lament is an experienced level quest that will reward you with the Camulet. This teleportation amulet brings you close to a pyramid in the Karidian desert, Enakhra’s temple, which is currently of low value as there’s nothing you can do there. Desert Treasure 2 will change this, as the temple will become the layer of one of the four bosses. The basic Camulet holds four charges, but you can upgrade it to infinite charges by paying one mil GP. Similar to how Jagex improved the Pharaoh Sceptre when Tombs of Amascut got released, the Camulet could also be revised.

Temple of the Eye

Temple of the Eye is the 2022 quest that unlocks the still pretty recent Runecraft minigame, Guardians of the Rift. It also unlocks a new zone you can access, the Temple of the Eye. This is where you will find another repeatable boss.

The Garden of Death

This quest is another recent addition to the quest list in Old School RuneScape, and it unlocks a few underground gardens in Kourend. Even though they are now pretty useless, the underground places will soon serve as the layer of one of the four bosses you’ll be able to repeat after the completion of Desert Treasure 2.

Below Ice Mountain is a free-to-play quest that will unlock an extremely mysterious place with unique low-level activities. The Ruins of Camdozaal is the only place you can obtain a few useful uniques alongside the handy Imcando hammer. The place is enormous, and J-mods have previously confirmed that they want to expand it.

Secrets of the North

Secrets of the North is a quest to unlock a new repeatable boss, the Phantom boss, and it will come live on January 11th. The places you’ll discover during this new quest will also serve as a boss layer for one of the four bosses from Desert Treasures 2.