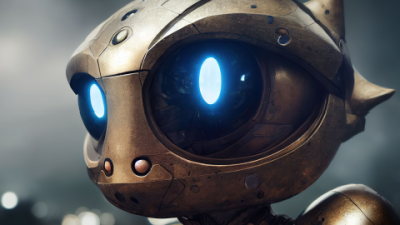 During the Omnic Crisis, Bastion was a frontline combatant’s last robot unit in Overwatch 2. Curious and fascinated by nature, Bastion lost its combat programming and now explores the world and its wonders. A robot that cares for nature and has become gentle can activate its core combat programming when sensing any danger within its vicinity. With a weapon arsenal, Bastion can eliminate anything it perceives as a threat. To avoid farming any lifeforms, it tried to avoid populated areas and hid in the wild or uncharted regions in the Overwatch world. This Bastion Overwatch 2 guide will teach players how to best optimize this robotic soldier to dominate matches.

Bastion was designed and created for peacekeeping purposes, possessing the unique ability to reconfigure itself into different weapons. Unfortunately, during the Omnic Crisis, Bastion robot units turned against the humans. The gentle robot now reminds humanity of the terrible history that took place.

As the last surviving Bastion while others were either destroyed or disassembled. Bastion was severely damaged and was left forgotten for over a decade, laying dormant. Once it awoke, it discovered the corpses of other Bastion units and analyzed its memory component, studying what had happened while it was inactive. Bastion was reliving the war and finally letting go of the past to become a kind and friendly robot.

Bastion’s abilities have been reworked. The robot can transform into different configurations, which makes it unique from other Overwatch heroes, and it has been reworked for Overwatch 2. Mobility and fire rate varies depending on the configuration it transformed. Recon configuration allows Bastion to move with its normal mobility but is equipped with a lightweight and highly accurate weapon with a slower fire rate.

Sentry is the opposite of Recon mobility Bastions Assault configuration transforms it into a slow-moving thank with a powerful Gatling gun that fires consistent rounds. The difference from the original Overwatch is that he can move around in this form.

Reconfigure is the ability that allows Bastion to change between his Sentry and Recon transformations which has an 8-second cooldown between changing configurations.

A tactical grenade is Bastion’s new ability capable of bouncing off walls that explode when landing on the ground or coming into contact with an enemy.

Ironclad is Bastion’s passive ability that reduces the damage he takes when in a transformed state.

Bastion Ultimate Ability, also known as Configuration: Artillery in Overwatch 2, is ultimate that allows Bastion to transform and plant itself into the ground to blast a barrage of artillery strikes. These strikes can be manually selected and have a long-range that can travel a great distance.

Returning players from the first Overwatch must remember that Bastion can no longer self-heal, as Blizzard has reworked a lot of characters to increase the importance of having a support hero. When using Configuration: Artillery and Tactical Grenade can work well with other heroes that can play on the offensive. Bastion is a big target and can draw a lot of fire, take cover as much as possible because, despite its towering design, Bastion is a DPS character, not a Tank. This hero does not need much explaining as Bastion’s abilities are very straightforward, unlike other heroes in the Overwatch 2 roster.