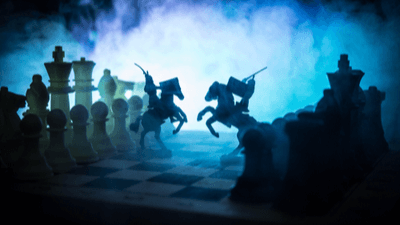 When it comes to discussing the differences in MMO game design in the East and the West comments are often made about what Western studios can learn from their Eastern counterparts, but what if we flip that discussion over its head? What if we simply talked about the differences to see how they differ? There doesn’t need to be a clear winner here, nor will this be competition to see which one’s more superior. Instead, we’ll be discussing what makes the Western and Eastern MMOs unique to one another and hopefully, from there, you can decide for yourself which one caters more to your preferences.

If we’re talking about which MMOs have the more predatory microtransactions, the East takes the cake. Eastern MMOs have been accused of selling power through cash shops for many years now, and while many free-to-play games do sell items like awesome armor and swords inside their shops, the trend has been to avoid such practices when importing the eastern MMOs to the West. The term “selling power” is commonly used to describe almost any game that comes from foreign lands; whether this is a false label or term to use is still up for debate.

One thing that we don’t see a lot is free-to-play, independent-owned Eastern MMOs. By the time they arrive in the West, they’re backed by a pretty large publisher or one that already has several titles under their belt. A prime example of this is the recently released Lost Ark, a South Korean MMO developed by Smilegate RPG. This video game developer/publisher was established in Korea in 2002 and is famously known as the creator of CrossFire, an FPS game that has over six million concurrent players worldwide. They’ve also published other games such as Epic Seven, Arcane Straight, and TalesRunner. You can see that they’ve got a solid reputation and a long resume to boot, but Lost Ark would have never come to the West if it weren’t for the help of Amazon Games. Amazon Games certainly boast its number of accolades considering they have none at the moment, but what they do have, however, is money – lots of it. After all, Amazon was founded by Jeff Bezos, the second richest individual in the world. Did I mention that he has a net worth of just under $200 million?

Meanwhile, Western MMOs have adapted to using a subscripted-based model. We’ve already seen this actively being implemented in popular games like World of Warcraft and Old School RuneScape, and honestly, it works well. Let’s not forget about older titles such as EverQuest, Ultima Online, Asheron’s Call – all of them being big early MMOs that are exclusively subscription-based. Some Eastern MMOs followed suit to this example (Final Fantasy XIV), but so far, the majority of those that use monthly subscriptions in their games mainly come from the West. The main reason why other players prefer the use of this model is due to having fewer pay-to-win features. If these pay-to-play MMOs announced that they’re going the free-to-play route, there’s no doubt that microtransactions will be more rampant and predatory. While subscription-based MMOs still have a fair amount of bonus features and cosmetic items to purchase for real money, they don’t impact the game too much.

All About That Grind

If there’s one thing that we need to verify once and for all, it’s that older F2P games and subscription-based Western MMOs both commonly featured long grinds, and anyone who’s ever told you differently never played Ultima, World of Warcraft (both vanilla and Classic versions), or EverQuest; they were all grindy back then, and still are in many cases. Several stereotypes in MMO gaming are slowly being defused, and with that, the “Eastern games invented grind” trope is one that has already faded.

Back then, North American MMOs were the cream of the crop as far as graphics were concerned. Quests were backed up by a little more lore, and characters had a sense of depth to them. What you did with those characters, however, was pretty much the same as what you did in Eastern imports. In both types of games, you were often asked to go out to kill a certain number of enemies or mobs. Many players would spend their time grinding for a specific drop, waiting for hours if not days for a boss monster to appear, or crafting to raise skill. This happened to both types at the time, and sure there were a few standouts, but generally, gaming consisted of players grinding away time back then. The negative stereotype of “MMOs are such grind fests” stems from this type of play, and sadly, it’s still something that taints the genre.

Suddenly, everything changed when World of Warcraft broke onto the scene. The game had quests that ask you to actually do things, to participate in stories actively, and to interact with items in different ways. Fast forward to the present, Western MMOs still offer that grind, but developers have taken the steps to give players a variety of activities to do. Eastern developers have caught on to this as well, offering a toned-down grind in exchange for a beefed-up story as a result. These days, it’s almost default for both Eastern and Western MMOs to offer deep, complex gameplay, no matter the payment model.

The East has met the West and vice versa. The world isn’t such a large place anymore, especially in gaming. We can already play with people from all over the world, and soon enough, the technologies will go even further. Both cultures have made an impact on each other, and both styles are blending, which can only lead to innovations in the MMO genre.