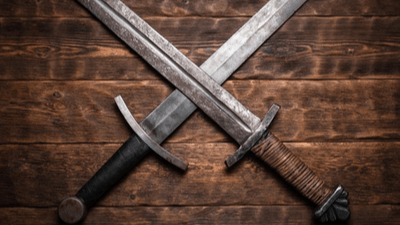 PvP games pit players against each other. It’s more of a challenge against the unthinking AI enemies you fight in PvE games. The developers can program those as close to player behavior as possible. Still, they won’t be able to replicate the on-the-fly-thinking players have. That’s an ability to divert a combo to surprise the enemy or use a skill to take control of the battle’s flow.

I don’t like PvP, but I understand why it’s a popular activity. We’ll explore what makes it an attractive game activity and why some players prefer it.

The Psychology of Competition

Psychologically, competition triggers the release of dopamine. That’s a neurotransmitter that activates the brain’s pleasure center. That results in victory, giving you a rush of happiness and deep satisfaction. That reward pushes people to seek more competition and motivates them to win. That’s not all. Physical prizes also sweeten the deal. These rewards, monetary compensation or trophies, also add to people’s motivations to compete.

Researchers have found that competition is a natural result of evolutionary factors. Food and shelter are limited, so animals and humans must be competitive to provide for themselves. Since humans have a surplus of those resources, we compete for other things.

When discussing competition, the first thing that comes to mind is sports. It is the perfect example, albeit a cooperative one for the most part. You can still get a competitive spirit by identifying with a team even if you don’t play. You cheer when they win and are as sad as when they lose. It’s not as powerful as winning a competition, but it’s a close thing.

Now, video games and sports meet in eSports, bringing PvP to a new level. It has become a sporting event, complete with monetary rewards and the prestige of being an eSports athlete. With games and sports as one, the pressure also doubles. They’re no longer only playing for fun but to win. However, that increases the stress on their shoulders.

That brings us to PvP activities in games. From what we learned in the above sections, the competition gives us pleasure when we win. We seek that pleasure, which is why we do competitive activities. PvP exploits that in games.

You can see why whalers buy up packs and boosters to upgrade their characters or equipment just to rank high on the ladder. Battle royale players (Fortnite, PUBG, Apex Legends) play round after round to better themselves and be the last player/team standing. Speedrunners keep on beating their times for records.

This is also why pay-to-win games are taboo in the community. It promotes unfairness by letting players “buy their way” into the rankings. As much as anyone likes competing, they want things to be fair with an equal opportunity to win.

Here are a few factors that affect competitiveness

These factors can affect a person negatively or positively. It depends on the personality of the competitor. Some work better when alone and become nervous with an audience. Others would rather compete with strangers than with friends. The usual trend, though, is that the above factors increase the competitiveness of people.

World PvP: A free-for-all, players attack each other anywhere and anytime in the overworld. The best example is World of Warcraft, which has dedicated PvP servers where players can do this.

PvP Arenas: Players fight against each other individually or in teams in a specific area of the game. It’s also the most common method of PvP. Depending on the gameplay, it may be as simple as setting up a defense. At the same time, you attack other players’ guards. Otherwise, it could be as complicated as a real-time fight.

Guild Wars/Sieges: If PvP arenas focus on smaller groups (5 people max), these ones pit guild against guild. That’s upward of 20 players against another 20 players in an all-out war.

Asymmetrical PvP: One side has more players than the other. An excellent example is Dead by Daylight, where a player takes the role of a killer while the others are survivors. It’s usually a 1v4 distribution, but the category applies to any activity with a team member imbalance.

Speed or Score Rankings: This is mainly for races, parkour games, and others that don’t fit the above categories. The faster you do a course, the better your rewards and ranking. You’re not directly competing against another player but comparing scores after the fact.

Games may have more than one type of PvP activity. Consider World of Warcraft, which has a PvP Arena, the possibility of World PvP, and Battlegrounds for GvG activities. Note that in the last one, it doesn’t have to be guild vs. guild, but it is a feature that pits a larger number of players against each other.

MOBAs, such as DotA or LoL, are PvP arenas in real-time. It’s even in the name, as MOBA means ‘Multiplayer Online Battle Arena.’ The game is also a mix of PvP and PvE since there are a handful of side objectives to defeat specific AI-controlled targets around the map. Still, the thrill of the game is playing against skilled players.

The Dark Side of Competitiveness

As an idea, competition is neither a good nor bad thing. When people have a bad reaction or mindset about it, that’s when it becomes something to avoid.

One of the rewards a person gets from competing is an increase in their social reputation. Popularity can be addicting; once someone falls into that hole, they’ll do anything to keep it. That means they have to keep on winning and winning, which is an unhealthy mindset to be in.

Well-adjusted people focus more on the intrinsic and intangible (a motivation to better themselves) than the extrinsic or physical rewards (trophies). They can take losses and do better next time, while the maladjusted person will most likely break down with a loss.

The negative aspects of competition have different forms in games. There’s griefing, where a player is targeted repeatedly by a specific individual or group. Trash talking isn’t a problem when not taken too far, but it can be hurtful and discouraging. While not harmful to the talker, the recipient receives an emotional blow.

It also appears in guild drama, where leaders (or recruiters) poach players from other guilds or members to try to overthrow the guild leader. They want the guild to be better ranked and will do anything regardless of the hurt they cause for other people.

PvP is Enjoyable, Save for Encountering Jerks

For me, competition is a good motivator, but it can’t be the only motivator for your drive to win. I don’t like the cutthroat atmosphere of PvP and how easily random groups can fall apart. The latter is if one member is exceptionally competitive and would berate a teammate instead of telling them how to improve.

Of course, it can also depend on the game. The Jackbox Party Pack series is actually PvP. Still, framing a game show is an excellent way to create a light atmosphere. Competition in those games also doesn’t extend beyond friends if you don’t spread the room code to strangers. The games are fun, too.

What’s not fun is repeatedly dying to the same group of people and losing time and hard-earned items. Stalling at one rank is not fun because whalers have overwhelmingly overpowered characters or gear.

PvP and competition are a fact of life and games, and so are the jerks and trolls. Competition may foster more of the latter, but you can always savor the victory over them. You won’t be able to beat them all the time, though. At least you’ll have the proper mindset to learn from losses and continue trying to climb the ranks.

Enjoy the competition, but don’t let it get to your head!