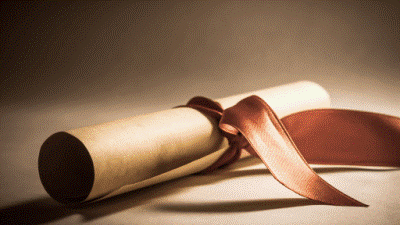 The announcement of Ramattra happened in the middle of the Overwatch League Grand Finals 2022, just a few minutes away from San Fransisco Shock going up against Dallas Duel. The newest hero to grace the Overwatch 2 roster has a history as an Omnic war machine, making him a fascinating character filled with complexity and underlying motives that’ll soon unfurl when he comes out. If you’ve only started playing Overwatch 2 recently, this may surprise you, but the upcoming hero isn’t exactly new. Players have already got a peek at him more than three years ago during the conclusion of an Overwatch Archives event known as Storm Rising. The event ended on a cliffhanger, where Doomfist teamed up with a menacing Omnic. It’s safe to say that this Omnic was, in fact, Ramattra.

In a recent official interview, the folks over at Blizzard explained his gameplay and abilities. Here’s everything we know about Ramattra so far.

Ramattra was a former Omnic war machine—a piece of technology designed to kill. While he was meant to live a life of fight, Ramattra went against his programming and became an advocate for peace with the Shambali. The Shambali is a spiritual organization that’s led by Mondatta (who is now deceased). Ramattra was built to lead the Omnic army into war, but he wishes to create a better future for his kind. He’s a fighter for peace and does not think violence is the solution.

It was in Shambali where Ramattra grew close to Zenyatta, another organization member; they found a lot of common ground when it came down to ideal. However, Ramattra began to drift away despite Zenyatta staying close to Shambali’s ideals. He became frustrated at the snail-like pace of peace between humans and Omnics. Over time, his anger began to bubble whenever he saw Omnics being excluded or abused simply because of who they were. This led Ramattra to decide that enough was enough and left Shambali for the Null Sector, an active group that aims to fight for Omnic rights everywhere. Now, the upcoming Overwatch 2 hero is the leader of the Null Sector, doing whatever it takes to defend the Omnics.

If you’ve played the first Overwatch game, then you’ve probably noticed that at some point, the Null Sector and Ramattra himself appeared for a brief period. The Null Sector was the enemy organization you’d fight against during the many PvE campaigns during the Archives events. The members have a gray and purple color scheme, making them stand out from other Omnics. Ramattra was introduced in one of the PvE campaigns through a cutscene, where he spoke with Doomfist about working with Talon. But at that time, the game had not yet identified him or his position in the Null Sector.

Zenyatta fans will also be pleased to hear that Blizzard will expand the healer’s lore alongside the release of Ramattra. Considering that the two were such close friends in the Shambali, it makes sense for the two heroes to have more lines when talking to each other in-game.

Ramattra is a tank, which means he’s capable of withstanding a lot of beating from enemies. But what makes him extra unique amongst the other tank heroes is that he has two forms: Omnic and Nemesis. According to Alec Dawson, the Lead Hero Designer for Overwatch 2, Ramattra’s Omnic form is geared towards poke-style gameplay through a staff capable of firing projectiles and using a barrier to protect his team. Meanwhile, in his Nemesis form, Ramattra turns into a dangerous target on the battlefield; the former war machine can march toward an enemy’s backline with powerful melee attacks.

Ramattra is sure to strike fear into the DPS and healers on the opposing team. But while he does become more aggressive and deadlier, this change also leads to him being a much bigger target for attacks like Zenyatta’s orb of discord or Ana’s sleep dart. The tank hero can switch into each form with an ability, which will have cooldowns. For the tank mains other there, Ramattra is sure to provide you with new gameplay opportunities. You can decide to protect your team by providing barriers and long-ranged attacks or leading the charge into battle.

Unfortunately, Blizzard has yet to divulge information regarding Ramattra’s ability kit or stats, but we have some tidbits that leaker Naeri X shared. Based on the screenshots they posted on Twitter, we can see that he has 450 HP and 150 Armor when Ramattra’s in Nemesis form. You can see him performing a melee attack using his arm in one of the pictures. The other images show a purple area (which I assume is an AoE skill) that can pull high-flying enemies like Pharah to the ground. From what I’ve seen so far, Ramattra’s abilities look diverse and unique, which is something to look forward to when Blizzard reveals the goods about the upcoming hero when Season 2 starts.

The developers also chimed in to reveal more details about Ramattra. In a recent interview with GamerBraves, Alec Dawson revealed the Ramattra would be a good pick when combined with a healer like Lucio since his speed buff comes in handy. If Ramattra were to have a weakness, it would be smaller enemies like Tracer or Ana since they can take his size as an advantage and attack him from the back without getting noticed.

When Will Ramattra Be Released?

The shape-shifting warlord won’t officially join Overwatch 2’s roster until the start of Season 2 on December 6. In keeping with the game’s new free-to-play model, he sadly won’t be automatically available for everyone. Just like Kiriko, if you want to try out the new hero on Season 2 immediately, you’ll have to buy the premium battle pass. Otherwise, you’ll have to grind to level 55 before using him.