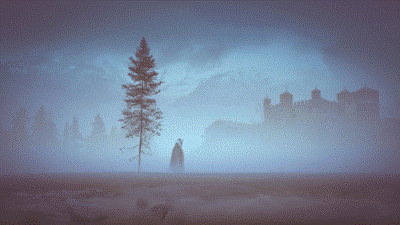 Every new challenge league in Path of Exile has its own theme and mechanics. These challenge leagues bring unique rewards such as cosmetics for you to collect by completing tasks and quests. Challenges and rewards go hand-in-hand in the ARPG, after all. In the case of the Kalandra League, you can earn exclusive microtransactions by completing 40 challenges. The spoils you’ll get in the Lake of Kalandra challenges are all themed towards mirrored effects; each cosmetic has separate tiers that grant specific effects. Besides that, you’ll also be granted pieces of the Kalandra Totem Pole Hideout decoration which you can put together.

The Uphill Battle of Getting to 40

As I’ve said before, there are 40 challenges available in the league you can complete. You can aim to complete all of them, but note that the later challenges will require a ton of time and effort—especially since the endgame content of Lake of Kalandra is grueling. If you’re not a completionist, the most realistic goal you can achieve is around 30-35.

Here’s a list of all the challenges for Lake of Kalandra:

You must complete vendor recipes to receive the following items:

Note that a vendor recipe is when you trade a specific slew of items to a vendor NPC.

Shape the Lake of Kalandra by following these ways:

You must equip Unique items of the following types:

Open the following Corrupted and Rare Strongboxes in the map:

Complete the following 14 types of Reflections in Lake of Kalandra:

Use the Ascendancy Device in the following Labyrinths:

Use the following currency items for crafting:

Obtain at least three of the following items from the Lake of Kalandra:

Use the following currency in the Crafting Bench:

Defeat the following Unique Map bosses in the Lake of Kalandra (area level should be 81 or higher):

Complete at least six types of Atlas Memories on a Tier 14 map or higher:

Defeat at least two of the following Unique Beyond bosses:

Defeat ten Rare Monsters with at least one of the following Archnemesis Modifiers:

Defeat 6 Rare Monsters with at least one of the following Archemesis Pantheon mods:

With at least difficulty 1o Tier 3 and an area level of 83, complete eight of the following types of Reflections in Lake of Kalandra:

Defeat at least three of the following endgame boss encounters with conditions:

Defeat at least four of the following Pinnacle Boss Encounters (must be in an area level of 85 or higher):

Complete at least four of the following encounters: