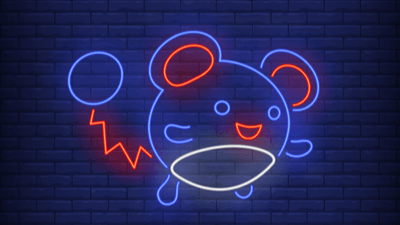 For those that are tired of the usual formula in Pokemon games, I feel you. Game Freak hasn’t done much in terms of innovation when it comes to bringing something new to the beloved franchise, and this understandably has led long-time fans to feel so over it. Enter Pokemon Legends: Arceus. The title not only caught the eyes of people because of its different visual style and graphical upgrades but because it shakes up the traditional Pokemon formula in a way that the community has been asking forever since the franchise’s debut on the Nintendo Switch. However, one classic Pokemon community staple took a hit as a result: the hardcore Nuzlocke challenge runs. That being said, Pokemon Legends: Arceus Nuzlocke Rules are still possible, and this article will walk readers through it.

Nuzlocke challenge runs are a way of playing Pokemon titles using optional rule sets that make the games a lot harder. This concept came about when fans became eager to get a more difficult mainline Pokemon game. In general, Pokemon games aren’t necessarily difficult these days – you could even say they’re a walk in the park in comparison to the older gens (Gameboy to DS era). By doing the Nuzlocke challenge, you’ll at least feel the heat and the importance of your decisions when playing Pokemon. For example, most Nuzlockes don’t allow you to use items during battle, and if a Pokemon faints/is knocked unconscious, it basically “dies” and you won’t be able to that Pokemon from that point onward. These rules aren’t official – the Nuzlocke challenge itself isn’t something that GameFreak has ever endorsed. Heck, you can even do it with rules of your own as long as you keep in mind the basic requirements to complete a people-approved Nuzlocke. But that’s where the problem lies.

The overall structure to each Pokemon game – save for the Mystery Dungeon series, Pokemon Snap, and other spin-off titles – has largely stayed the same since the inception of the franchise, the rules of a Nuzlocke have also been able to remain consistent. However, because of how different Pokemon Legends: Arceus is changing a lot of things, it causes some issues for the Nuzlocke ruleset. An example would be this rule: a Nuzlocke run is completed once a player has collected all of the gym badges and beaten the Elite Four. But based on the gameplay and story elements of Pokemon Legends: Arceus (without getting into spoiler territory), battles are kept to a minimum. Additionally, the goal of the game is for the protagonist to make the first-ever PokeDex, not to become a Pokemon Champion of a region.

As of now, there are a lot of suggestions and changes being proposed all over forums and social media platforms with regards to how a run could be qualified as a Nuzlocke challenge in Pokemon Legends: Arceus. The thing about the Hisui region in the game is that there are no routes unlike in previous Pokemon games. Just recently, a popular Pokemon content creator on YouTube, aDrive, suggested modifying “routes” to “named locations” to tackle the anomaly. When you open the map in-game, you’ll see various named locations marked across it; so instead of going to routes (which Pokemon Legends doesn’t have), you can just catch the first Pokemon you see in the named locations that you visit. Just note that catching Pokemon isn’t going to be a cakewalk, especially now that certain Pokemon are known to be aggressive and could attack you.

If you think of yourself highly as a Pokemon expert and are looking for ways to make the Nuzlocke challenge harder to complete, you can choose to catch the first Pokemon that you encounter in a named location – regardless of whether it’s a normal or Alpha Pokemon. Also, you can add in a level cap, which is the maximum level a Pokemon of your team can reach while participating in the Nuzlocke.

Considering that Pokemon Legends: Arceus is the latest entry in the franchise that shakes things up, it’s normal for entirely new rulesets with new names to emerge from the community. This is likely to take time though, as balancing new rules for Pokemon Legends’ mechanics can’t just be done overnight. Either way, the Nuzlocke challenge will still be around for older titles, and if the Pokemon company continues to remaker older titles in the same traditional format, then the “true” Nuzlocke rules will be able to stay alive and well.