Why You Should Do A Nuzlocke Run in Pokemon 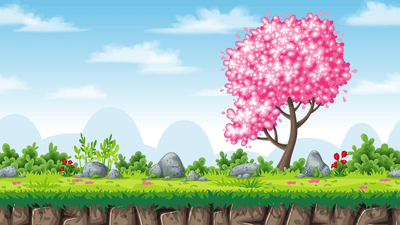 Pokemon Used to be Hard

Pokemon games used to offer a challenge and kick the arse of trainers that didn’t fully level up their Pokemon. Nowadays, it feels as if everything’s on easy mode. While the OG Pokemon titles from the GameBoy to the DS era (and to some extent the 3DS as well) proved to be teeth-gnashers for the unprepared, the latest games don’t give that same thrill anymore. Maybe it’s because most of the fanbase is already grown up, but the past few Pokemon games we’ve had so far have felt like cakewalk. To many, Pokemon will always be a series that’s important to them. For a linear RPG designed for kids, it sure had a huge amount of intrigue and versatility to offer. But after playing it year after year, the formula gets old and stale like that bread you left on your counter for two weeks, which is exactly why players should at least try to do a Nuzlocke run.

What is the Nuzlocke Challenge?

The Nuzlocke Challenge was invented by Nick Franco, who originally codified the rules of a Nuzlocke run in his webcomic. The origin of the name comes from a combination of actual Pokemon names “Seedot” and “Nuzleaf”. It’s a set of rules intended to create a higher level of difficulty while playing Pokemon. Pokemon video games are generally made with children in mind, which is the main reason why the single-player content is so easy to complete. The franchise is currently celebrating its 25th anniversary and at this point, adults can just breeze through the games without a sweat. What makes the Nuzlocke Challenge so popular in the first place is that they make fans take a fresh approach to the games even if they might have played them previously.

How Does it Work?

Now, it’s important to know that the rules of the Nuzlocke Challenge are not an in-game function, but they are rather self-imposed on the part of the player. The challenge has two main rules that players must follow. The first one is that players may only catch the first wild Pokemon that they encounter in each area and nothing else. So if the first wild Pokemon that they encountered flees or faints, they’ll have to try their luck on the next area instead. Should a player get into a double battle as their first encounter in the wild, then they have the option to choose which of the two wild Pokemon that they’d like to catch. However, they can only catch one of them.

The other rule that trainers have to follow is that any Pokemon that faints on their team is considered “dead” and must be released. That or they can choose to put it in the Pokemon Storage System permanently. They can also choose to transfer the “dead” Pokemon to another game so long as it will never be able to be used again during the run.

There are also a bunch of optional rules that players can choose to enforce on themselves to up the ante. The optional amendments and variations were created by players to further adjust the difficulty, but regardless of those being used or not, the run will only be considered as a Nuzlocke Challenge if the two basic rules are in place. Some of the non-mandatory orders include things such as not being allowed to use items in battle, having no access to Poke Marts, Gym Badges acting as a checkpoint, and so on.

Who is it For?

Nuzlockes are incredibly tough and we know they’re not for everyone–especially for the faint of heart. They completely change the way you see Pokemon and stop you from using the same Pokemon that you use every time you replay the previous titles. The Nuzlocke Challenge lets you think on your feet and that there are real stakes here. But what’s arguably the best part of it is are the memories of doing a successful Nuzlocke. It’s typical to see players nicknaming every one of their Pokemon in a Nuzlocke Challenge as it creates a connection between them and the ones that they’ve caught. And when you lose a Pokemon that you’ve carefully been looking after, not to be dramatic here, but it feels like you’ve lost a child.

If you’re the type of person that felt Pokemon BDSP and the other previous titles were ridiculously effortless, then we highly recommend that you give it a go. Not only does it make you appreciate the Pokemon that you have more, but it certainly freshens up the otherwise stale experience that Game Freak has been giving us over the years.