RuneScape Araxxor and Araxxi Guide for Solo or Duo Players 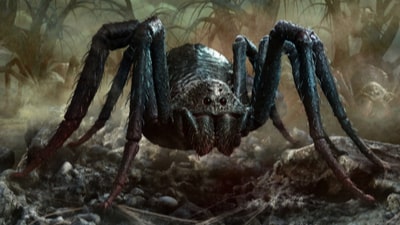 The RuneScape Araxxor fight was meant to be a battle for solo players, but if you have a duo then you can also take on this deadly spider. If you do want to do this fight as a duo, then the initial player will need to let them in. This does affect drop rates so if you’re after rare drops, maybe solo would be the best option.

This boss is made up of two parts, with the first three phases where you will be fighting Araxxor. You will then fight Araxxi in the last phase, and uses a number of features such as customisable paths and enrage mechanics.

In the first phase, Araxxor starts off with spawning in one of three forms, consisting of melee, ranged or magic. This will be the form the both stays in for the whole fight. If you have either an Araxyte pheromone, or an instance is used, then the boss spawns according to what’s weak to whatever weapon is in the mainhand slot for the character.

Araxxor is limited to attacks such as cobweb, cocoon and cleave in this phase. Two paths are covered by cobwebs and rocks will be blocking another path. Pick the path you want and ignite the web as quick as you can. This will help you to save time whilst you are decreasing his health. You can burn through a web in around a minute. Once you get Araxxor’s life points to 5000 before you take the path. After Araxxor has used an autoattack, use Anticipation in case he uses further attacks. You can increase the speed of the fight later on with Storm Shards if you don’t take the bottom path.

You don’t really have to expect certain special mechanics during the second phase. That said, he will start to summon spider minions to help him. He can summon up to 40 minions if you are playing as a duo, or 20 minions if playing solo. This will be his predominant attack until the end of the phase.

You can technically advance phase 3 by just going down the path, though you should kill over 15 minions and get his health down to 2,000. If you have dealt a lot of damage or he can’t summon spiders, then move onto phase 3.

The third phase sees the boss mixing up between standard and special attacks from both paths. Araxxor will once again heal back to full health, courtesy of the spiders above him. The standard of how much he is healed depends on which path you take. If you take the bottom path, then you are looking at 80,000 being increased and 160,000 if you take the other paths. That said, his heals are capped to 30,000. The amount that he is healed Is rounded to the nearest thousand, though if you are at the point where his health is less than 1,000, then the spiders won’t heal him. Once his health is down to zero, the final phase can begin.

You will now see a cutscene play out. Araxxor starts to walk over to a platform, and you will grab his leg to follow him. However, when he gets to the middle of this last platform, he will be crushed and killed by Araxxi. This spider will then consume him before becoming hostile. Your Storm Shards will carry over into this fight but it’ll half the amount. If there’s any spider minions that are left, they will die as soon as Araxxi arrives.

When beginning, use potions to get your adrenaline back. Get to a decent distance away from the boss so that you can effectively use prayer switching. Speaking of switching, switch to a manual action bar so that you can build adrenaline. Get it to full so you can use either the Berserk, Sunshine, or Death’s Swiftness ability.

After that, switch to an automatic action bar that has thresholds. Keep using prayer switching as well as Freedom and Anticipation, whilst avoiding any special attacks that come your way. After Araxxi gets to 50,000 life points, she will then become enraged she no longer use special attacks. This means that you can stop using Anticipation and Freedom, so just focus on your prayer switching.

When you get to the point where you are at 25,000 life points (or 35,000 points if you are playing in a duo) then the boss starts to use a ball of black sludge called putrid acid. In order to deal with putrid acid, all you have to do is stay where you are. If it hits you then move one square. Adopt these tactics, and you will soon have Araxxi defeated.

After Araxxi has died, any remaining minions will die automatically. The boss is turned into a chest, but you need to make sure that you don’t die on your way to collect your rewards. What you have to look out for is Araxxi’s attacks that travel from her to the player. If there’s attacks that take more than one second, then you shouldn’t have to worry about it as they won’t cause damage. You should make sure that your health is at around 6,000 so that if you are attacked when she dies then you will still survive.

Make sure you have at least tier 4 luck activated, then loot Araxxi’s corpse. You can leave the hive once you have interacted with her carcass. This will bring you outside the entrance of the hive, and you can head to War’s Retreat to use the altar and adrenaline crystals, which will give you a boost for the next kill.

You have now taken out a tough boss battle in the form of these two ghastly spiders. You should now have the knowledge to not only defeat the boss, but also to repeat the RuneScape Araxxor and Araxxi boss fight to your heart’s content, safe in the knowledge that you will come out victorious.

Don’t just stop there, make sure you check out our other RuneScape guides with more boss strategies, leveling techniques, and quests.