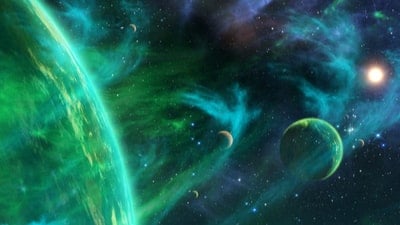 Gara Prime is a fantastic Prime Warframe, featuring excellent defensive capabilities that scale well with enemy levels. According to the Lore in Warframe, Gara is an ancient warrior known to be the “manipulator of glass”, and was Unum’s closest companion. Gara has always been a go-to Warframe for Excavation and Defense missions. She is extremely versatile and enables defensive advantages that benefit your entire team, similar to Frost, except she blows him out of the park with tons of extra utility. This includes having a better defense area, having better damage output, and providing better perks to your entire team.

Unlike the typical defense-based Warframes, Gara goes beyond just protecting the objective. Along with her defensive capabilities, Gara can clear entire rooms with a 1+4 Ability combination, literally shattering enemies into pieces. Today, we’ll be taking you through everything you need to know about Gara: how to acquire vanilla and Prime parts, how her abilities work, the synergies between her abilities, and the best Mods to use on her.

It’s worth noting that there are actually people heading to sites on which they can buy Warframe items in order to get the parts they need for Gara.

How to acquire parts for the Gara Warframe

When you complain the Saya’s Vigil quest (a solo quest on the Plains of Eidolon), you will get Gara’s main blueprint on successful completion. The quest is easy and doable in one sitting. These can also be additionally acquired from Cephalon Simaris for 50,000 Rep. Gara Prime – with her component and main blueprints – is available from Void Relics, and can be opened through Void Fissures.

Gara’s vanilla component blueprints are obtained from various Bounties on Plains of Eidolon. You can view the drop rates in-game, when you are selecting the Bounty to run. The drop rates are pretty good and you won’t take too many attempts to get hold of all of them, so the frame definitely isn’t worth acquiring via the Platinum route. If you still have a lot of Platinum, you can go for it as it saves a lot of building time as well.

Passive Ability: Gara’s passive gives her a chance to blind those enemies around her which are in her line of sight, staggering them. This also makes them vulnerable to Melee Finishers. This ability doesn’t offer much and the rest are so good that you won’t even have the chance to blind enemies before they’re blown apart.

Ability 2 – Splinter Storm: Using this ability shatters Gara’s glass armor, sending the sharp shards from it into a protective circle around Gara or a teammate, or damaging nearby enemies. This storm of glass deals damage per second to enemies, makes them vulnerable, and offers damage resistance to Gara and affected allies (capping at 90% damage reduction). These buffs are all affected by Ability Strength, while the duration and area covered by the storm are affected by Ability Duration and Ability Range respectively. This ability synergizes very well with Gara’s third and fourth abilities.

Ability 3 – Spectrorage: Gara conjured a carousel of mirrors, enticing and trapping enemies within and manipulating them to attack their own reflections. Number of mirrors cap at 12 and can be taken there using Ability Range. As the mirrors are damaged, they break (at 800 damage) and unleash spectral energy towards that enemy. The carousel can be fully destroyed and it deals damage to all enemies within the ring. If the carousel isn’t destroyed, the ability expires according to Ability Duration. The damage dealt with this ability can be boosted by Ability Strength.

Ability 4 – Mass Vitrify: Gara creates a wide ring (up to 11 meters) of molten glass that rises from the ground and can go up to 12 meters. Mass Vitrify slowly turns enemies entering the ring into crystals, and the ring begins to seep strength from Shields or Health of such enemies. The ring then hardens up to block enemies firing from outside. This ability makes Gara great for Defense missions. Both, Ability Duration and Ability Range benefit this ability in making the ring taller, wider, and provide better coverage to the area to be defended.

If you use Shattered Lash (first ability) on the ring of Mass Vitrify (fourth ability), the ring shatters and sends sharp, damaging glass shooting outwards in all directions.

Here’s the best, most versatile Build for Gara and Gara Prime:

Endnote: What Makes Gara so Good?

In Warframe, Gara is definitely one of the top frames for defending objectives. With her second ability, you can become a walking cloud of damage. With her fourth ability, you can defend areas while also keeping enemies out, unlike Frost who offers damage reduction without area control. Moreover, you can also turn that protective area into a nuke, shattering enemies around you. Unlike Vauban, there isn’t too much going on without a clear direction for your defence strategy. She’s also pretty tanky on her own, and can provide numerous advantages to your entire team.

Unlike Limbo, she also doesn’t limit outgoing damage from your teammates while also offering a freeze effect on the circumference of the ring. Gara is easy to obtain and is a must-have for endgame missions, including Survivals, where enemy levels scale quickly. Definitely give her a shot, she has made it to a lot of people’s top Warframes in the game.