Why You Should Join RuneScape Clans 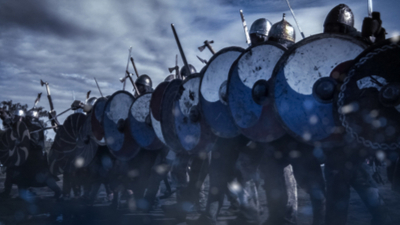 RuneScape clans are something that have been involved in the game ever since the title was released. Since then, thousands of clans have decided to join RuneScape, though at first they weren’t exactly encouraged entirely by the developers. There wasn’t a lot of support for clans in the early days, meaning fans had to find alternative sources such as third-party websites, forums and other outlets to get the most out their group.

This was something that did get improved upon later, when Jagex introduced their own support for clans in 2007. The first thing they introduced was the Clan Chat to help players communicate with each other better. The support would later evolve in the following years, and with events such as the Jagex Clan Cup and other features such as Clan Camps and citadels, the use of these groups has become a major part of the game.

If you are eager to learn more, then this article will discuss:

What are RuneScape Clans?

A clan in RuneScape is made up of an organisation of players that come together as a group to complete certain tasks that are too difficult to do as a solo player. The goals that surround this depend entirely on the individual clan, with some opting for raising skills to others working together to make some coin. You need five players in order to create a clan, though it can accommodate many more members if desired. There are a lot of clans in the game, in fact there’s over 100,000 clans throughout RuneScape, so if you are looking to join one you are bound to find a group that are working towards a similar goal to yours.

You will find that there are a number of different clans for you to choose to join, depending on what you are wanting to play the game for. Firstly we have PvP clans, which focuses on fighting against other players. It also includes Warring Clans, as well Clan Wars Arena.

Speaking of which, a Clan War is a battle between two or more clans, and can take on many different forms as opposed to being a fight to see who’s the strongest. Normally you would argue that this trait is defined on which has the best gear, but there are clan wars that have gear caps to level the playing field a bit more.

The two most common types of clan war are Knock-Out and PK Run-In. Knock-Out will require players to defeat every member of the enemy clan, whereas members can return in PK Run-In. The latter type of clan war offers both capped and uncapped versions, with capped focusing on the kill count, whilst uncapped sees the winner being the last clan left standing. Clan Wars take place either in the Wilderness, or in some special cases in the Clan Wars Arena.

If you are looking to avoid fighting other players then you can do so in a PvM clan (Player vs. Monster) which are very popular. This revolves around taking on a range of different bosses from low level to endgame enemies. Players who choose to opt for taking on bosses is to gain the loot that they drop. It can be one of the more profitable ways to play the game, though you have to take into consideration the fact that there are entry requirements for certain clans of this type. So you will need to have particular gear, abilities and more to be considered for the job.

Skilling clans involve a group of players that focus on skills such as fishing, mining, smithing, crafting, firemaking, woodcutting, dungeoneering, runecrafting and woodcutting as opposed to grinding for combat skills. These are the focus for free-to-play players, whilst members also looks at agility, thieving, farming, construction, herblore and fletching. So you won’t need to have worked on your combat skills to participate. There are even some more extreme cases where you will be denied the chance to join a clan if you have trained any of your combat skills.

As with the previous PvP clans, there are also clan competitions in this category known as a Skill War, which involves clans deciding on a skill level cap to reach and see which can reach it first.

The three clans you find above are the most popular, but you have others such as Minigame Clans, which opts for taking part in minigames, or compete against each other in Clan Wars and other forms of war that are available in the game. There are also Community, Merchanting, Activity, Muling, Role-Playing, Quest, and other types of clan for you to choose from.

Ultimately, the reasons for joining a clan are rather subjective. You will only be able to join a single clan at a time, so it’s important to join one that caters to your needs. As for the actual benefits, you can use clans to overcome bosses you couldn’t previously beat, gain additional experience, help with grinding skills, and also as a way to socialize with other players.

It may take joining a few different clans to figure out which is the best one for you, but this is the best method in the long run if you want to get the most out of the clan experience.

How to Join a Clan

Clan forums are your best bet to join a new clan, or posting in looking for clan groups. Your best bet is the clan section in the RuneScape forums, where you will find many clans recruiting for different clans based on a variety of requirements. You may have to do a bit of research into finding the right clan for you, but forums and LFG sources are your best bet for joining one.

That is everything you need to know about Runescape Clans. There are many of them out there for you to join, so whatever the reason you are looking for a clan, there is something out there for everyone.