RuneScape Slayer Guide – Everything You Need to Know to Start Slaying 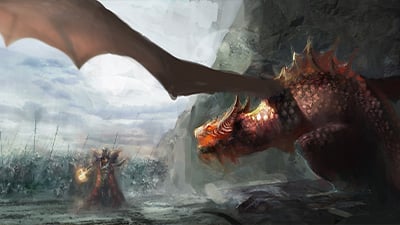 RuneScape Slayer tasks are something that play a major role in the game. There are seemingly endless things to do in games such as this, but the Slayer aspect is something that can prove to be particularly rewarding.

In this guide, you will learn all about becoming a RuneScape Slayer, including:

So let’s get started by first looking at what Slayer is all about in RuneScape.

The Basics of RuneScape Slayer

Slayer is a skill in which you are assigned tasks by Slayer Masters to head out and kill a certain amount of particular creatures. You can then choose whether you want to take on this task alone, or take a partner with you.

For ease of use, you can add a counter to give yourself a better idea of what your task is, and how many points you have earned by doing so. It will also indicate what your current task streak is, and you can enlarge or minimise this display if you choose to. You can find this display option under Slayer in your Skills tab in the settings.

What are RuneScape Slayer Masks and Monsters?

Firstly, Slayer Monsters are creatures who you will need to have reached a certain Slayer level in order to deal any damage to them. There is a way in which you can gain additional bonuses, through using Slayer Masks.

These masks can be purchased through the Shattered Worlds reward shop, from Vic the Trader, or they can also be won through Treasure Hunter. The use of masks allows you to increase your Slayer skills as it grants you additional bonuses. They firstly allowed players to force a Slayer task from their respective creature each day, with the second occurring every three days. If you are looking to see how many of a specific creature you have killed, simply right-click on them to see your total kills in the chat bar.

If you kill a creature with the mask, then you can expect it to be counted. There is a set amount of kills dedicated to each mask that you wear, after which it will become a Slayer Helm. Whilst it works in a similar manner, there are less bonuses for you to enjoy. After you have unlocked the Slayer Helm you still have the option to switch back to the mask if you wish, though this is mainly for cosmetic purposes since it cannot restore the bonus experiences that the mask had.

What are RuneScape Slayer Points?

Once you have completed a Slayer assignment or challenge from a Slayer Master, then you will receive Slayer Points. How many points you receive depends entirely on the master that you have taken the assignment from. As you could probably imagine, you will receive a higher amount of Slayer Points if the task is more demanding. So its essentially the typical higher the risk, higher the reward kind of situation.

The most Slayer Points that you can have at a time is 64,000, though there are ways in which you can actually earn higher than this. It isn’t a strict cap on how many Slayer Points you can have, since you can actually gain further points. If you are a point shy for example and you complete a Slayer task, you will still receive the full amount of points that you have earned. You can also trade in Tuska Masks for 20 points each even after you have obtained 64,000 points.

As well as completing Slayer Assignments and challenges, and selling the Tuska Masks we just mentioned, you can also earn points in a couple of other ways. For example, if you manage to find the assassin Ling, then you can gain Slayer Points via contracts, which will grant you up to eight Slayer Points for every one that you complete.

Then you have the Raptor Chest, which can net you 375 Slayer Points every time you open it. In order to do so, you will need to obtain the Raptor Key. This key is created using four different parts that are dropped from level 96 Slayer monsters, which includes the Wyverns, Ripper Demons, Camel Warriors and Acheron Mammoths. You can then open the chest in War’s Retreat to bag yourself a decent amount of Slayer Points.

What Can I buy with Slayer Points?

As well as new abilities to learn, there are a few different items that you are able to buy from completing Slayer tasks. With 35 points, you can get 250 Broad Arrows, Broad-Tipped Bolts, or Runes for Slayer Dart. For 75 points, there’s the Ring of Slaying, whilst pushing for 100 points can net you a Full Slayer Helmet Upgrade, or a Ferocious Ring upgrade for you to use in Morvran’s Dungeon. For 400 points there’s a further or Slayer Helmet Upgrade, or 10,000 Slayer Exp to earn. Reaching 600 and then 1000 Slayer Points will allow you to upgrade the Full Slayer Helmet to 3 and 4 respectively.

So as you can see, being a RuneScape Slayer is a massive role in the popular online title. There is so much you can do elsewhere, but even within this one aspect of the game, there are several different tasks for you to undertake, with a wealth of different rewards. Keep in mind that some are much harder to complete than others. This is something that you are bound to get to grips with as you progress through each Slayer assignment.

There are a lot of different ways for you to earn Slayer Points, with many masters to receive them from, and of course a plethora of monsters for you to challenge. Whichever path that you do decide to go down, you will have plenty of choice when working towards the many different rewards and abilities that Slayer has to offer. You’re now ready to head out, take up an assignment and work towards racking up those Slayer Points.