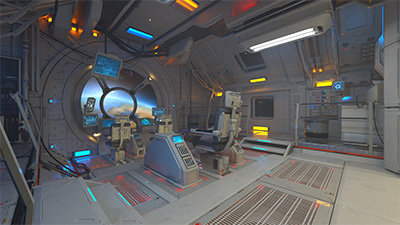 Protea is Warframe’s newest frame and she’s interesting to say the least. If I had to describe her in one word, it would be “gadgeteer”. With an ability toolkit comprising of fancy gadgets and even the ability to rewind time, Protea manages to be an extremely fun and versatile Warframe. She is heavily reliant on her abilities and isn’t great in all types of missions, but she is pretty good in her own niche and is fun to play around with for longer missions.

Being a new Warframe, there is a lot of ambiguity around how to build Protea, how viable she is, and which of her abilities you should focus on. Our Protea Warframe Guide will help you understand her abilities and synergies, and also take you through her best Modding strategies.

How to Obtain the Protea Warframe

Protea’s Warframe Blueprint is obtained as a reward when you complete the new quest, The Deadlock Protocol. A special location called “Granum Void” is accessible only from the Corpus Ship regions, which is where you can obtain the rest of her components. These components have their own specific locations as follows:

We all hate these Rotation C grinds, don’t we? Moreover, each of these components just have an 11.11% drop chance, making it even harder. It takes time to get to Rotation C, and the part not dropping after that means you just wasted your time and effort getting there. You could also just get the same component again and again, which can be very frustrating.

This is one of those Warframes I highly recommend just buying from the in-game store. It costs 325 plat, and it’s much easier to farm Platinum for Protea than it is to grind for each of her parts. Farming Platinum means that with each Void Relic opened or Prime part sold, you are at least guaranteed some progress towards getting the entire Protea Warframe. At 325 plat, Protea comes with an in-built Orokin Reactor.

Every fourth ability deals 100% extra damage. This can be tracked via a bar in the bottom right of the HUD, where power bars fill up to count up to four abilities, and resets right after. The bonuses work as follows: +damage/+shield per second for Grenade Fan, +damage per shot for Blaze Artillery, +pickup drop chance for Dispensary, and +damage conversion for Temporal Anchor. This power bar also changes colors based on Protea’s appearance.

This ability can be cast in two ways. Tapping the ability key sends you three grenades in an arc that each create an area of swirling shrapnel that deal Slash damage. Holding the ability key instead discharges three different grenades that act as shield generators. Each grenade can attach to one player at a time (whoever walks over the grenade) and revolves around them like a satellite, protecting them and recharging their shields rapidly.

This ability deploys a turret and can go up to a maximum of three turrets. Each turret deals Heat damage and has a 100% status chance. Each shot fired also increases the damage of successive shots.

This ability deploys a device that dispenses health, ammo (universal), and energy pickups for you and your teammates.

Protea drops an anchor and continues to operate normally for a short duration, following which she rewinds through time and returns to her anchor position, casting a temporal explosion. If she dies, she returns to her position and is only knocked to the floor. All the energy and ammo spent during this period is returned, but the damage dealt or abilities cast aren’t reverted.

How to Build the Protea Warframe

When building Protea, you need a bit of everything, in the following order of priority:

Ideally, none of these values should be lower than 100%. A great thing about Protea’s healing capabilities with her first and third ability is that you don’t really need any Health mods.

The build that worked best for me is as follows:

Corrosive Projection is the ideal Aura Mod as Energy Siphon would be a waste on this Warframe due to her Energy restoring capabilities. The above build ensures that you have a lot of Strength and Duration with a large Energy pool and Efficiency that allows you to spam abilities. Primed Flow is a replaceable Mod that you can substitute with a mod that boosts one of her other aspects.

Best Missions to use Protea

Protea works best in Defense and Survival missions, especially long Survival runs. Her first three abilities are all casting stationary devices which would not be very useful in fast-paced missions such as Capture or Rescue. These devices work best in long Defense or Survival runs where you can cast them at choke points and have a Dispensary at your camping point where your allies can utilize it as well.

Protea does need a slight Ability Strength buff from the developers’ side, but she’s pretty good to use on most of the star chart even then. Aside from having really cool and fun gadgets, she also plays a great support role in the team.

Protea is a great ability-based Warframe with a lot of tools that help you deal damage, heal yourself and your team, and even generate Energy Orbs for everyone. She allows you to spam enemies and provides both area-of-effect and single target damage with her abilities.

I use Protea when farming relics on Survival runs, and she’s very helpful with each of her abilities. It’s especially fun to use the time-rewind mechanic, which is one of the most creative abilities in the game. Hopefully her Augment mods will take her to the level of damage she requires to be great in high-level content. For now, she’s excellent in most missions and brings a lot to the table. Hopefully our Protea Warframe Guide helped you understand her abilities and loadout strategies. Happy farming!