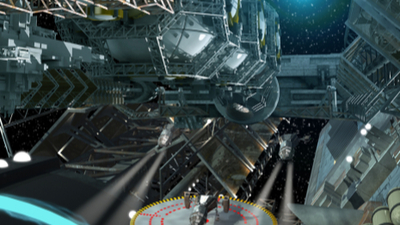 In Warframe, Equinox has always been one of the harder Warframes to obtain, and also one of the most useful. Considered to be about as good as the nuke-queen Saryn, Equinox definitely excels in some areas over the former and lacks in others. I’ve played both in ESO and Mot farms and I can confidently say that they’re about the same in their nuking potential. I wasn’t able to consistently get more DPS using Equinox in a team that contained Saryn, and vice versa.

However, Equinox definitely is the better-designed Warframe and is far more interesting in how it has been constructed. You might also have noticed that I’m referring to Equinox as “it”- this is due to the fact that the Warframe has two forms – apparently one being male, and the other female. This Equinox Warframe Build Guide will take you through everything you need to know about this classic DPS frame with its versatile abilities, along with how to obtain it and how to build it.

How to get Equinox and Equinox Prime Warframe

Equinox has two forms- Night Form and Day Form -and is the only frame that requires you to get more than just a blueprint and three components to build. In order to build Equinox, you require:

Yep, that’s right. You need to build the Night and Day forms separately, and then you can build the main usable Warframe. These Blueprints are obtained by defeating Tyl Regor at Titania on Uranus, and all of them have an almost equal drop chance. However, the main Equinox blueprint can be purchased from the Warframe market for credits.

Equinox Prime is the Primed form of Equinox, having higher health, armor, and energy capacity. Equinox Prime does not have the large list of parts required to construct it, and can simply be built with a Blueprint, Chassis, Neuroptics, and Systems. The entire set is available for about 40 platinum from most sellers, and will be priced <100 for at least a year from now. Personally, I got the vanilla frame before the Prime was launched in April 2019, but if you don’t have either and just want one, I’d just get the Prime frame. The vanilla is just a very long grind that isn’t worth the RNG torture.

When Equinox collects Energy or Health orbs, 10% of the amount restored turns into extra Energy or Health respectively, stacking with the Equilibrium Mod, but without affecting Arcane Energize or Zenurik’s Energy pulse.

Metamorphosis: Equinox switches to the other form and gets a temporary boost in shield and armor in Night Form, and extra speed and damage in Day Form.

Mend & Maim: If Equinox is in Night Form, teammates get Shields for each enemy killed. If Equinox is in Day Form, enemies get a Bleed Status Effect, which stacks and can be deactivated to be cast as a damaging wave of force (that is pretty destructive and is Equinox’ signature move). If in Night Form, doing this will instead restore Shields and Health to you and your teammates.

Here’s the DPS nuke build that you can use to blast through enemies and dominate most damage-based missions, especially Survivals. For Sanctuary Onslaught or Elite Sanctuary Onslaught (especially for ESO) you can adjust the build to get higher Strength and lower Efficiency, since you’ll likely have a Trinity on your team providing you with extra Energy. Umbral and Primal Mods are better as always, wherever possible, but I’ll list out the base mods down here:

With Equinox you need a lot of Range and Strength, and some Duration, without sacrificing Efficiency. You will be using your 4th Ability in Day Form, stacking up damage, and exploding enemies with the final wave. This entire time, your 3rd Ability will be active as well to boost Ability Strength. The Maim nuke almost guarantees that you’ll get the highest combat score in the game and will kill enemies across and even beyond rooms easily. An ESO team requires you to have at least one Equinox, Saryn, or Volt in it, and will be less work than Saryn having to target enemies specifically and spread the spores.

Equinox is a fantastic Warframe and I’d surely recommend getting Equinox Prime directly, since the former needs so much work to get and with no real benefit. The Prime frame will be pretty cheap for a while and will be a great addition to your roster, and will also require less parts and hence, less time to construct.

The Build isn’t static and can be experimented with, as depending on the situation, extra Range or extra Strength can be beneficial. Along with the obvious Maim cycle, you can definitely use other abilities to simply have fun. While they don’t posses the similar raw strength and room-clearing ability that Maim does, it does make for a very versatile and useful Warframe to have. It provides great team support and can manipulate vulnerabilities and Ability Strength to add to its damaging capabilities.

The Arcanes and Cunning Drift are optional, but they do add that cherry on top of the cake just for those who are absolutely looking to min-max. For ESO, you’ll definitely need a build with even higher Strength while sacrificing on Efficiency, which will allow you to deal with higher damage without worrying about Energy levels. Hopefully our Warframe Equinox Build Guide helped you understand which mods to pick and which abilities to prioritize to get insane damage numbers across the board and dominate high level missions with ease.