EverQuest 2 Classes Guide – Find a Class to Match Your Playstyle 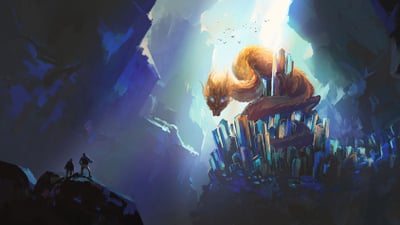 EverQuest 2 classes are divided into a hierarchy of a total of 26 different classes. The four major classes in EverQuest 2 are Fighter, Mage, Priest and Scout. Eight of the total classes side on either good or evil, whilst the remaining classes are neutral, so you can decide their allegiance depending on the city you choose.

The game’s community has played a pivotal part in deciding how the classes are grouped together over the course of the title’s life cycle, so you will need to get to grips with the changing terminology every now and then. There are positives and negatives in each class, so we will be outlining the following in this guide:

Firstly, let’s take a look at what the four main classes are.

Choosing a class is tough in any online game of this nature. Ultimately, your goal is to find a class that caters to your playstyle. The four archetypes in EQ2 are Fighter, Mage, Priest and Scout. For a simpler outlook, they are divided into subclasses depending on their individual abilities. So you could then divide them into Tanks, DPS, Healer and Utility.

If you are looking into a tank build, then you should consider one of the following classes. A Guardian is renowned for its unrivalled health and threat generation, as well as the lowest DPS (damage per second.) You then have Berserkers which are well known for acting as DPS tanks, whilst a Paladin is somewhat of a mixture of the two, with a moderate amount of healing.

If you are looking for higher DPS, then the Shadowknight offers this, though the Bruiser could also be a good choice for this. Finally, the Monk also focuses on DPS, but less so than the Berserker.

If your objective is to kill enemies in a timely manner, then one of the following classes are definitely worth looking into. The Assassin is one of the best possible classes you can choose from for DPS, with it’s combination of stealth and sheer damage output. Up there with the highest damage output is the pet class, Beastlord. You will notice similarities here between the Beastlord and the Monk/Bruiser classes, since they offer a similar method attack in some cases.

The Brigand meanwhile lies under the Scout category, and offers effectiveness against mobs with debuffs. Conjurer and Necromancer serve as Mages that bring forth high DPS, whilst the Ranger has the highest DPS for the Scout class. Reverting back to the subject of Mages, both the Warlock and the Wizard are capable of high damage, though the former fares better against groups of enemies, whilst the latter dominates single targets. The Swashbuckler is often described as a “Dashing Rogue” Scout with tank-like capabilities, and are renowned for their skill and cunning.

When it comes to Utility classes, there is a bit more freedom in terms of how you approach the game. With a range of differing abilities, they can be used as and where they are needed. There are two Mage classes that can be used here, with the Illusionist and the Coercer. Both of these classes are great to use against groups of enemies, should you find yourself in that situation.

There are two scouts as well, with the Troubador (who looks rather froggy, and awesome quite frankly) who uses a range of buffs and charms to take down foes with. There is also the Dirge, who is more active plus offers damaging spells to use at your disposal.

Many class-based games offer the chance for you to be a healer: the battlefield’s very own medic that offers support to their teammates. EQ2 offers more variety than others in this situation however, with different ways for you to approach healing.

For example, if you want to heal others in a more direct fashion, you can use the Fury class, or the Warden who’s healing abilities are slightly more effective. Then you have the use of wards for healing, which has spell-based healers in the form of Mystic and Defiler. Or you can even use reactive healing via Templar and Inquisitor, both of which have slow-casting but highly reactive heals to give.

Which of the EverQuest 2 Classes Should I Choose?

If you have read this far, then this is bound to be a question you will be asking yourself. At the end of the day, you are going to want to choose a class that you are going to enjoy playing as. That isn’t exactly a helpful answer, but it does ring true in games such as this. However, if you have an idea of what class you want to be, then there are a few recommendations.

DPS does play a major role in EQ2, so based on that I would personally suggest either using the Conjurer or Necromancer classes because of the credentials that they possess in the Damage Per Second department. If you are looking more into controlling large groups of enemies, then you can’t go far wrong with either the Illusionist or the Coercer, which will work especially well if you happen to be a fan of Mages.

When it comes to the EverQuest 2 classes you are going to use, it will eventually be decided by yourself on which way you prefer playing. There is a wide variety of classes for you to choose from, each with their own pros and cons that you can use to your advantage when you are out there in battle. Whichever class you decide to go with, just make sure that they are able to cater to the style of gameplay that you are accustomed to. And if you do decide to branch out and broaden your horizons by using a type of class that you may have never used before, then EverQuest 2 is more than accommodating with the sheer amount of classes that it has to offer.