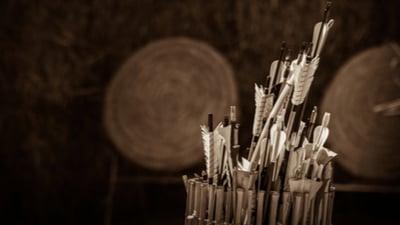 If you have been wondering what the RuneScape fastest 99 skills are, then you are in luck. There are a number of fast methods available that will have you maxing out these skills in a timely manner.

The skills that we will be looking into are as follows:

So let’s get started on what skills you should be looking for to get your first, or fastest, max skill in RuneScape.

The practice of Fletching is to turn logs that you have managed to find via your Woodcutting skills to be used to make bows and crossbows, plus bolts to help aid your Ranged skill. Unstrung bows offer high value in Alchemy too, so they can benefit your Magic skill as well.

Fletching is considered by many to be the fastest skill in the game that you can train. It will also provide you with a decent profit when you get into the later levels of training the skill. There are ways for you to level the skill up quickly too; methods which make the skill much quicker than others.

If you are going to get to 99 Fletching, then all you need is a knife. You can also just buy logs if you prefer not to cut them yourself, which may cost more but can save a lot of time. From level one, you will need normal logs, which will take you up to level 25 by making an Arrow Shaft and Normal Shieldbows. From here, making Oak Shieldbows from Oak logs will take you up to level 40, before making Willow Longbows to hit level 55. At this later stage, we want to start making a whole load of Maple Shieldbows up to level 70, before starting to find Yew logs so we can make Shieldbows to max out at 99.

As you can probably guess, Cooking involves creating raw foods that you find from Fishing. This can be used to increase your hitpoints to heal your character, but the skill can also see you making a lot of other dishes such as pies, pizzas and more. As a skill, it is once again one of the fastest that you can level in RuneScape. Its simple to use as well for the most part, since you just have to buy or catch raw items then cook them. What you do make is also often sought after, so you may as well make some profit out of it as well.

Start off by catching and cooking Shrimps, which should be enough to take you to level 5. Meanwhile, moving onto fish from here can help, as we will be making Herring up to level 20, then hitting 30 with Trout. The fish cooking doesn’t stop there either, as Tuna is going to help us reach level 68, and will stop burning once you are at level 63 as long as you have Cooking Gauntlets. You can then max out the skill by switching focus to lobster, shark and monkfish. Keep wearing the gauntlets to prevent burning, then get some rocktails at level 95 to help you on your way to maxing out the level.

Another speedy skill is going to be Construction if you want to max out skills. You can get from 1-19 by going to the Parlour room to make crude wooden chairs. To do this, you are going to need a couple of planks and nails, and will need 61 in total to reach level 19. This is pretty much what the Construction skill is all about, and constructing furniture is the name of the game.

Oak chairs are next, followed by Oak Larders that will take you up to level 33 and then onto 52 respectively. With you Demon Butler, you can then start making Mahogany Tables, so you will need mahogany planks to do so. This can take your skill level to 62, after which you can focus on driftwood prawnbrokers in the Aquarium, though it will take some time to complete. You can then max out the skill with flotsam prawnbrokers using mahogany planks.

Firemaking is most certainly an easy skill to train, at least compared to how it used to be. You can now use clicking methods that help you train the skill far quicker than ever before, which is will it makes this list.

Burning logs is the method to start off with, so grab both a tinderbox and a whole bunch of logs. Burning normal logs will take you to level 15, and you will need over 60 of them to reach this level. You can then start on oak logs following this so that you can reach level 30. By now you have probably realised that the key to leveling up your Firemaking is solely done by logs if you want to do it the fastest way.

From 30-45 you should focus on willow logs, which are pretty cheap so you shouldn’t have much trouble getting your hands on them. From here, maple logs will take you all the way to level 83, after which you can then switch to curly roots to max out the level. Alternatively, you can burn yew logs instead, though you will need nearly three times as many to do this method.

It is most certainly worth mentioning that Prayer can be very expensive to train, so your ability to make OSRS gold in the game will play a massive part of how effective these methods actually work. That being said, having a Gilded Prayer Altar and a First Age Outfit can both come in very handy to keep the costs down and save time too.

To max out the level, your cheapest possible method is by cleansing crystals. This is done in Elf City, and you can make around 9800XP in just a couple of minutes, though it will set you back 110,000gp. As expensive as it sounds, it’s the cheapest and most viable way of maxing out your Prayer.

These are the skills you should look into for the RuneScape fastest 99 methods. Some do take a while longer than others, and it can be costly to do so at times. Nevertheless, they are great to focus on if you are looking to get your skills maxed out fast.

Click here to read about the fastest 99 skills to train in Old School RuneScape.