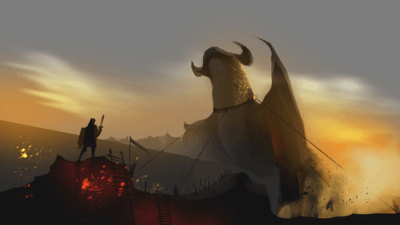 In Wrath of the Lich King Classic the playable races are still the same as in The Burning Crusade Classic, since the new addition was a class and not a race. Now, racial abilities are one the things that do not make o break a class or a specialization, ideally, it has to do more with following the fantasy gameplay you want to have, but if you are a min-maxer or you simply want to play what is considered the best race/class combo then this guide is for you: without further ado, here are the WoW WotLK Classic Best Racials.

For the Horde we have the following playable races and racial abilities:

And for the Alliance:

Hands down, the Orc and Troll racials are by far the best ones on the Horde side. Trolls have access to Berserking, increasing attack and casting speed by 20% for 10 seconds, which is really good for both melee and casters alike, but to be quite honest, casters are the ones that benefit the most from this ability. On the other hand, Orcs have access to Blood Fury; this ability increases your attack power or spells power by a flat amount for 15 seconds, this being +322 attack power and +163 spell power at level 80; this is extremely useful when paired with your main cooldowns to pump extra damage.

If we had to choose a winner, it would be like this, if you play a tank or a melee DPS spec, going Orc is your best bet. Troll is the best choice if you are playing healer or a caster DPS spec.

Honorable mention to Blood Elfs, Arcane Torrent is very good in certain situations where you need to mass interrupt a group of ads or you just need to restore resources like energy, mana or runic power.

Undead and Tauren have good racial abilities, but in a PvP environment, having the ability to break out of fear, charm, or sleep effects with Will of the Forsaken is pretty useful, while Taurens get bonus stamina and an AoE stun with War Stomp and Endurance.

Human is the go-to class if you are playing on the Alliance side. They have way too many racial abilities that have a good effect. For example, Every Man for Himself is incredibly useful because if it removes any crowd control effect on you and it has a two-minute cooldown; then you have Sword and Mace specialization, increasing your expertise by 3 when using swords and maces, which again is nice DPS increase for specs that use this type of weapons, after those two you have The Human Spirit, which increases your Spirit stat by 3%, making it really useful for healers and caster DPS specs. So, in general terms, Humans are a pretty good race to play in the Wrath of the Lich King Classic.

Dwarfs are still a solid choice if you play a tank or melee DPS spec, mainly because of Stoneform, this ability increases your armor stat by 10% for 8 seconds, and it dispels all poison, disease and bleed effects on yourself.

Draeneisare good if you play a healer. Having the ability that places a heal-over-time effect on a single target for 15 seconds on a three-minute cooldown with Gift of the Naaru is rather good. You also get Heroic presence, which increases the chance to hit with spells and physical attacks by 1% for you all your party members within 30 yards. While 1% might not seem that good, it can help the DPS’ in your group to pump a little extra damage, and that always comes in handy.

Finally, Gnomes, these little fellows are excellent if you play a caster. Expansive Mind is very good when paired with caster DPS specs because it increases your total intellect stat by 5%, a massive increase if you ask me.

Night Elfs racial abilities are better in a PvP environment, Shadowmeld has very good uses to avoid crowd control effect targeting yourself and Quickness sometimes comes in clutch to avoid damage if you are facing a low-geared player, but in a PvE environment, this racial abilities are not that good, sometimes they might be helpful if you are playing a tank, specially Quickness, however, this race does not come even close to races like Human, Dwarfs or Draenei.

There you go. Now you know which races are the best ones to play for a melee DPS, a tank, a caster DPS or a healer during Wrath of the Lich King Classic. Remember that the race is not that important in the performance of a class or a spec. Look at the racial abilities more like a nice bonus rather than a must have, if you like the aesthetics of another race or you want to follow a fantasy gameplay, go for it. You won’t be missing out on much, or will you?