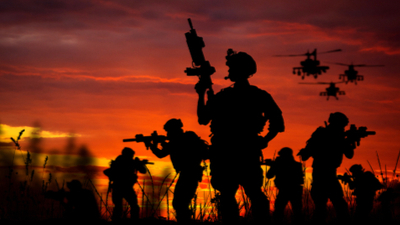 The winds of change are blowing as Activision introduce a new way for fans of the Call of Duty franchise to experience the up-coming title, Cold War, by increasing integration with Warzone to provide fans with a more seamless transition to the new release.

Alongside Cold War and Warzone integration, we can also look forward to the luxury of cross-platform AND cross-generation play and progression for the first time in Call of Duty history!

Read on to get the nitty-gritty.

Since Call of Duty’s serious surge in popularity as an online FPS through Modern Warfare (COD4 that is, from way back in 2007), fans have been segregated by their choice of console. If you wanted to jump online with your mates for a quick round of quick scope/no scope on Shipment, you had to make sure you were both playing on the same platform. We all knew that one guy who got a PS3 for the Blu-ray and suffered the consequences of playing solo.

Well, those days are over. Cross-platform play has actually been around for a while (since as far back as the Sega Dreamcast and PlayStation 2!) but has only really become a demand recently. Sure, we all wondered about how great it would be, but we never expected it. Warzone introduced console/PC cross-play to the franchise, raising expectations, and as gamers have become more demanding, publishers have had to step up to the plate and deliver. That’s exactly what Activision have done.

No matter your choice of platform or console generation, CoD: Black Ops Cold War will be experienced by the whole Call of Duty community as one entity.

Cold War will be available for five platforms:

So, let’s say you’ve got four mates who cannot agree on a platform. Well, it’s no longer an issue. Even if a multiplayer party of five players are distributed across the five available platforms, they’ll still be able to play with each other.

Activision didn’t stop there, either. To allow for smoother transitions through platforms and generations players stats, online progression, and profiles will be connected to players’ Activision accounts. As long as you sign in with the same Activision account when playing, you’ll be able to jump from platform to platform without any loss of progress.

How does Warzone fit into this Cold War Integration?

The release of Cold War does not mean the end of Warzone. Quite the opposite, actually. Warzone will continue to develop as a game alongside Cold War, while themes, weapons, and operators from Cold War will be integration to the Battle Royale title to keep it fresh.

The Battle Pass system will return and play a major part in ensuring the two titles are connected. On release Cold War will feature its own levelling system and progression which will be linked to Warzone at a later date. This will allow new content and additions to be unlocked in both games. The shared Battle Pass will also allow post-launch seasonal content to be available on both titles.

This is a pretty smart move on Activision’s side, as it allows them to keep both games interesting and encourages the development of two separate titles without having to continually produce two separate sets of content.

The Battle Pass will essentially be the same as what we’ve seen before in Modern Warfare, with free tiers that will allow rewards such as new weapons, cosmetics, operators, etc. to be unlocked by completing challenges and playing the game. The system will continue to launch in seasons, with each one bringing new seasonal content.

New maps and modes are set to be made available for free without the need for a Season Pass. No platform or generation being given preference over another either. This means that all players will receive new content at the same time, regardless of platform.

Furthermore, players who sunk a lot of time into earning Weapons, Blueprints, Equipment, and Cosmetics on Modern Warfare will be happy to learn that they will not lose access to previously earned content. Any content earned for Warzone through Modern Warfare will remain available. However, this content will not be available on Black Ops Cold War.

It’s great to see that Activision are putting efforts into keeping the franchise fresh and alive. By ensuring players of Warzone have access to continual new content, they ensure their Battle Royale title remains relevant and it’s community do not become alienated.

Activision have also confirmed that they have the support of their collaborative studios with this project, including Treyarch, Raven Software, High Moon Studios, Beenox, Activision Shanghai, Demonware, and Sledgehammer Games. With this support, it’s not out of question to think that this level of integration will continue into future titles.

We’re hoping game-to-game and cross-platform integration becomes a staple of the franchise and will be around for a long time to come.