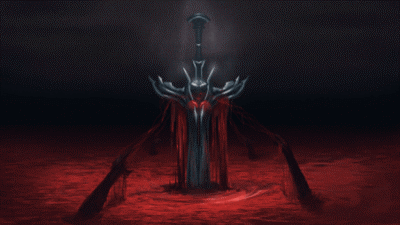 There are a lot of players that want to solo-play Diablo Immortal and do not plan to join any clans. The guide in this article will discuss which classes will give you the most efficiency, survivability, and general proficiency of each class in Diablo Immortal when playing through all types of content but won’t focus on PvP. Regardless of playing with a community, you will spend most of the time alone, and you should not put yourself in a position where you need help to keep up with the PvE content of the game. In this case, you may want to pick some of the more accessible classes available instead.

We have ranked each class from best to worst to help you understand why each class is better than the others. A table is also included for your reference. There are two columns in the table; the left column is a list of content you would typically play, while the right column is how often players would choose the class for the said content.

When picking a class, we want to keep these four things in mind:

The summoner of skeleton soldiers and a dark magic user. Necromancers are fighters who slice their enemies with a deadly scythe, with death as their weapon; they are well protected by their boney minions and explode when needed. A Necromancer is an excellent option for playing the game solo.

Combining all four things to consider above will improve your experience since you don’t need support from another player. Lacking in any of these four things loses the value of your character and will affect you in the long run. Using the skeletal minions increases your odds of survivability by taking the damage enemies are trying to inflict upon you. Their single-target damage will put fear into the hearts of your enemies.

The vengeful stalker and relentless vigilante of the world of Diablo Immortal. Demon Hunters strike undeterred from afar until their prey begs for mercy. They are the archetype class of the game and excel at ranged damage that deals both good AoE and single-target attacks. Dual-wielding two powerful one-handed crossbows that deal significant damage, enemies will not be able to get close to you.

A Demon Hunter is your best class choice if you want a strong DPS character. With its ability to move and shoot, you can expect to evade enemies and attack simultaneously. With the sentry skill, you can stack them up to let them fight your battles for you.

The mighty lone warriors can heal themselves while dealing devastating damage to enemies. With the skills at hand, you stay longer in the fight and buff up other players in your party. There is a lot of AoE damage for a Barbarian; it lacks single-target damage as you take on groups of enemies. It is a step down from what a Necromancer and a Demon Hunter can do, but you can quickly clear through content with its sprint and AoE. Unfortunately, some Barbarians focus on buffing allies and become useless in solo plays.

The Holy Warriors wield light to smite the demon legions of hell. Like the Barbarian, AoE can tear through enemy hordes and buff themselves and their allies to become temporarily invincible. These Zealots can conquer evil, but their buffs become useless unless they have allies, pitting them slightly lower than the Barbarian. Survivability is indeed high, despite lacking single-target damage.

A master of martial arts with lightning-fast strikes that can punish enemies until they are dazed. Monks have fast mobility and deal heavy AoE damage but have little to no single-target damage. What is tricky about having a Monk in your class is that your skills need combos to ensure their effectiveness and survivability.

With the number of support skills they have, most of them become useless as you are playing alone. The skill Exploding Palm does deal an insane amount of damage to clear out groups of enemies and add the Mystic Strike and Mystic Allies skills. They will have a fighting chance of going up against bosses alone, but once again, these skills need to be set up and timing to combine them before dealing any damage.

Wielding arcane power, they are more than capable of manipulating arcane forces to strike enemies from a distance to disintegrate them into nothing. Like the Monk class, they have the same downsides as their abilities focus on combining skills. A skill like Meteor takes some time to set up before it crash lands to deal the damage you are trying to inflict on a mob or boss. The delay will leave you wide open, and it would be better to have another help you set up your attacks and spells.

For solo plays, a Wizard would be a sitting duck for most of your battles. Despite this, they have movement ability and teleport, making them a solid class in terms of mobility. The four factors we are talking about are playing and fighting alone against a boss and a horde of enemies. Waiting for your damage to be dealt with, losing their survival ability. Making them the least favorable class in Diablo Immortal.

The ranking system we have in place does not mean that the classes on the lower part of this list, like the Wizard and Monk, are unplayable. However, they do require a lot of skill to play and master. Those that are higher on this list are there because of their ability to deal more severe damage, attack faster, and be independent. Hopefully, this article gave you an idea of the overall experience to show the pros and cons of each character and how effective they are in battle. You can still play these characters regardless of this list since the game allows you to have more than one type of character on your account, so feel free to try each type of class that you want to experiment with and have fun.

We bid you good luck on the battles that lie before you, Champion. You will need it to face the evil that awaits you.

What is Diablo Immortal

The first mobile game that Blizzard released for the Diablo franchise, Diablo Immortal, is an online MMORPG game available on mobile and PC.

An ancient evil spreads throughout the land with a story set between Diablo II and Diablo III. Humankind is left to deal with the aftermath of the actions of Archangel Tyrael, who is now presumed dead. The Worldstone, now in fragments, still holds great power that taints the land. Minions of Diablo hopes to harness this dark magic to allow the Lord of Terror to return.

Rise as the Champion of Sanctuary as a Barbarian, Demon Hunter, Necromancer, Crusader, Monk, or Wizard to fight the ultimate battle for the world’s fate. Defeat the hordes of enemies and towering bosses and build your character to become Sanctuary’s savior.

Join Clans with a group of players to play the game under the same banner to fight in raids or other Clans to defend your title. Hack and slash through PvP and PvE battles to scend the leaderboards to become an Immortal.