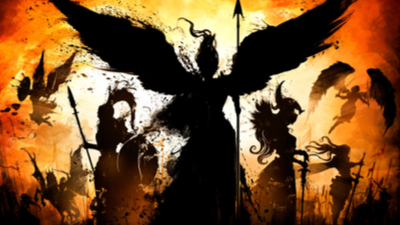 In the old days of Diablo 2: Lord of Destruction, mercenaries weren’t something anyone ever considered in their build or general gameplay. They just didn’t put out enough damage nor tank well enough to be a serious consideration. Fast-forward to Diablo 2: Resurrected, and you now often find players using beefy mercenaries and hirelings that will rain down pummeling damage on their enemies.

In D2:R many players will go to great lengths to equip gear on them. This is because Diablo 2: Resurrected released with a buff to mercenaries stats and damage scaling. They also provide valuable auras that can help fill any lacking points in your current character build.

Let’s get the basics down and see how you can tailor your mercenary to maximize your character class and skills.

Mercenaries can be hired and resurrected for in-game gold. Every Act (except 4) has its own dedicated mercenary that has its own unique traits and skillsets. It’s important to know who you’re hiring to make sure you get the best out of them. They can also equip their own specific weapon along with armor and helmet that fit their stats.

Here is the list of NPC (Non-Playable Characters) that will help you hire or resurrect your mercenaries. The cost of resurrecting a fallen mercenary will grow on a scale with the level of the mercenary and cap at 50,000 gold.

There are no mercenaries to hire in Act IV (4), only Tyriel is there to help you resurrect any dead hireling/mercenary but there no unique mercenary to hire.

It’s also good to know some of the skills that these mercenaries are equipped with, so that you know which ones will be most beneficial to you. Some will bring the same skillset through every difficulty, while some will change between Normal, Nightmare, and Hell.

Rogues of the Sisterhood of the Sightless Eye. These are the first mercenaries you will encounter. They aren’t noted for being tanks as they are ranged archers. They have the same two sets of skills on every difficulty. The “Cold” ranger will be equipped with Cold Arrow and Inner Sight. This is the most popular Act 1 mercenary because of their ability to slow down enemies from range. It can help casters flee from groups of mobs easily or help slow down attackers while you pummel them down with melee .

The second set of skills are Fire Arrow and Inner Sight. This one is supposed to be the “damage” dealer of the 2, but is rarely used as it’s not significantly higher damage than the cold one, but without the slowing . Inner Sight is great for gaining vision on nearby enemies while lowering their defenses, this allows for additional PHYSICAL damage to be dealt. NOTE: Lowering defenses will increase the enemy’s PHYSICAL damage taken, but not magic nor elemental.

For this mercenary, I would highly recommend equipping it with the Rune Word: Faith. Especially if your class is physical damage dealing class, this weapon will give you a great damage boost. Faith provides the holder with Fanaticism Aura, which enhances the physical damage of you and anyone else in your party. The weapon can come with level 12 ~ 15 Fanaticism which can increase your damage by over 100%! It also comes with a small bonus of reanimating (10% chance) your killed enemies as a monster on your side, this can become some great crowd control ability for large groups of monsters.

Similarly, the Rune Word: Wrath will give your mercenary the ability to cast Decripify (30% chance) on your enemies. This will slow and weaken enemies against physical damage, which makes this the perfect addition to any melee characters who are dealing physical damage, or Wind Druid for their cyclones.

If you feel like you need some help kiting monsters, you may consider the Rune Word: Ice. This is a pretty unique weapon that has a chance to cast Frost Nova upon impact, which helps slow monsters down. It also comes with the Holy Freeze Aura which helps greatly for crowd control. There is also an added bonus of it causing a decrease in enemy cold resistance, if you’re using spells like Blizzard or Frozen Orb, this can enhance the effects of your Cold Mastery by giving enemies a further reduction in their Cold Resistance.

Another Rune Word that can help with kiting is Harmony. It comes equipped with a Level 10 Vigor Aura. Unfortunately, this weapon isn’t much use for anything else besides helping you run faster.

The desert warriors of Lut Gholein are probably the most popular choice of mercenaries for any class. This is due to the fact that these mercenaries come equipped with their own Auras. Two of the most popular Aura from these mercenaries would be the Holy Freeze, and Might Aura. We’ve already discussed Holy Freeze, but Might is a great Aura to have for any melee characters. But even casters may opt to choose Might mercenary just to give them a boost to damage. They can equip 2 Handed weapons such as Threshers, Scythes, Pikes, and Lances. Some of the most popular weapons for Act 2 Mercenaries are fast in attack speed. I would recommend choosing weapons that give better Attack Speed over flat damage.

The Rune Word: Insight is probably the most popular weapon, as it doesn’t require any high Runes but gives a whopping Level 12 ~ 17 Meditation Aura. This Aura grants a big boost in mana regeneration for your character and can be a game-changer for early to mid-phase for any caster such as Cold Sorceresses or Blessed Hammer Paladins. With very little investment into Warmth (even just 1 point) and this Aura, any common Sorceress can Teleport almost infinitely, which makes clearing content and magic find farming so much easier.

A rich man’s Infinity would be Pride. This one requires some hefty Runes like Cham, Sur, and Lo to make which makes this very expensive. But this is sought out by every Hammerdin due to the Concentration Aura that comes with this Rune Word. Concentration Aura greatly reduced your chance to be interrupted while attacking (so you can keep fist-pumping and making hammers swing and smacking your enemies) AND it also gives you a boost in damage. This aura will boost your damage anywhere from 285% to 345%, which can’t be ignored by ANY character regardless of how well equipped they are!

Another super pricey Rune Word for your Act 2 Mercenary would be the Infinity Rune Word. This is probably the most expensive item any Lighting Damage-based character such as Light Sorceresses or Thunder Fury Javelin Amazon (aka Javazons) could equip their mercenaries with. It comes with a Conviction Aura and can lower enemies Lightning Resistance anywhere from 45% ~ 55%, this can help break Lightning Immune monsters down.

Once you’ve got your choice of weapons down, it’s time to choose the best armor for your Mercenary in Diablo 2: Resurrected. I’ve found Treachery to be an awesome choice for 3 reasons:

For the last piece, the helm, I would recommend Tal-Rasha’s Helmet for a budget dual leech item, or Guillame’s Face for the Crushing Blow, and Deadly Strike which can add massive amounts of damage. If you can afford it, a Giant Skull Bone Visage with 2 sockets holding some Increased Attack Speed and Enhance Damage jewels or Andariel’s Visage with a socket for a Rune to counter the -30% fire resist would be the end game build.

In our next article, we will go over the rest of the mercenaries from Act 3, and Act 5 along with some hacks/tips you can use to maximize your mercenaries. Let us know in the comment section which is your favorite mercenary and how it helps your character class! We’d love to hear more about what people are thinking.