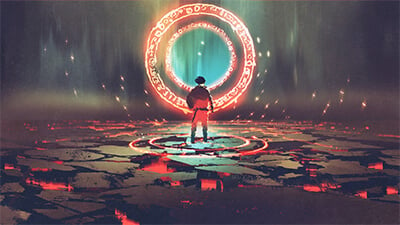 This is a continuation of our article going over the best build mercenary builds in Diablo 2: Resurrected. If you’d like to get information about the earlier Acts (I and II) please refer to Part 1 of this series.

It’s important to remember that the AI of mercenaries can be clunky, at times they will aimlessly walk around while you’re being hunted down by a pack of angry Hell Bovines. You may have an easier time pulling mercenaries out of tight spots or siccing them on monsters by teleporting or leaping if you can.

You’ll also notice that most Mercenaries come with the same set of available skills on all difficulties. I say most, because Act II comes with a nice variety of auras that can differ depending on which difficulty you pick:

At the moment, Might and Holy Freeze seem to be the top choice for Act 2 Mercenaries depending on if you need more Damage for your hireling or you need help kiting mobs with Holy Freeze.

Now we’ll move on to the rest of the Acts and see what Mercenary are available for hire.

The Iron Wolves of Kurast are elemental damage experts that can turn the tide for many character builds. These aren’t as popular as the Act 2 Mercenaries, but they have a spot in some end-game builds that require the final piece of the puzzle to make it perfect.

They come equipped with the same set of skills through every difficulty. You can choose between a Lightning Build (Charged Bolt, Lightning Skills), Fire Build (Inferno, Fireball Skills), or a Cold Build (Ice Blast, Glacial Spike and Frozen Armor Skills). Obviously for the CC (Crowd Control) factor, cold is the most popular choice for this mercenary.

But you can also stretch your imagination and combine a Lightning or Fire Act 3 Mercenary if you happen to be a single focused elemental caster like a Blizzard Sorceress.

The Rune Word: Lawbringer can make an Act 3 Mercenary a powerful ally. Lawbringer also comes with one of the most unique modifiers called “Slain Monsters Rest In Peace” which makes killed monster unable to be resurrected. Act 1 Shamans will quiver in fear as they can’t bring back pesky monsters from the dead. It takes away half of the enemy Defense, helping boost physical damage character along with Decrepify, which further lowers physical damage resistances. Might be useful for a Wind Druid who uses Hurricane and Tornado as their skill of choice. One of the most important part of this weapon is the Sanctuary Aura, which helps with KNOCKBACK of undead enemies and can help kite and distance your character from enemies in mobs.

In the shield slot for this mercenary I would highly recommend the Rune Word: Sanctuary for the raw defenses and resistances. It can make this mercenary quite tanky, despite being a ranged caster. Stormshield would also be a great choice as well for the massive defense boost.

Last but certainly not least we have the Barbarians of Harrogath. These hirelings come with Stun and Bash on all difficulties. Both skills are great for Crowd Control on groups of mobs when this mercenary is equipped with enough attack speed. Bash also comes with knockback and can help many ranged characters such as Bow Amazon (aka Bowazons).

My top two choices for a Barbarian Mercenary build would be Breath of the Dying or Last Wish. The former, due to the fact that Zod is an underrated Rune and isn’t as costly despite being one of the highest tier Rune in the game and it will pump out MASSIVE damage for your Barbarian and give a decent boost to survivability with 12 ~ 15% Life Steal. Last Wish is a very pricey Rune Word but comes with many trigger skills such as Fade, Life Tap and Charged Bolt. It also comes with one of the most sought after Auras, Might, for physical damage boost. Additionally, it comes with a great boost in Magic Find, and I’ll explain why that matter for a mercenary.

As they are true Barbarians, they are able to equip Barbarian specific items such as Arreat’s Face Slayer Guard which gives +2 to Combat Skills and +2 to Barbarian Skills, boosting their Stun and Bash, greatly increasing utility and damage output while making them really tanky.

Blizzard really went above and beyond in buffing up the mercenaries, giving players a chance to try out unique builds. Reducing enemy immunities, pumping out decent damage and giving synergizing boosts can really help a build get more variety in where it can farm and grind.

Have Fun With Your Mercenary in Diablo 2: Resurrected!

Leave a comment below on what your current choice for Mercenary is and what you’ve equipped on him/her. Mercenaries have definitely gotten us wanting to farm for obscure Rune Words lie Treachery to make them Fade or Insight to gain unlimited mana pool with Meditation.