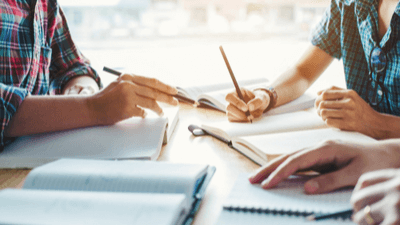 20 years ago, Diablo II Lord of Destruction was mostly a solo farming game for me. I’m sure many people would rather hunt down Mephisto or Baal by themselves instead of madly clicking the foot of bosses in public games. Picking up loot after a boss’s death is like the frenzy you see in big box stores during Black Friday Sales. If you’re not familiar with Black Friday Sales, it’s basically a day in North America where they have mediocre sales hyped to the max so that shoppers are literally fighting each other to grab whatever items they desire. It reminds meof a bunch of piranhas feasting on a chunk of meat.

However, occasionally, you would join a public game for the camaraderie, PvPing, killing a boss that you find difficult, or trading. But when you go to the lobby, there may be some rooms with names that you don’t understand and can’t, for the life of you, figure out. This guide is here to help you out.

The Importance of Diablo II Lingo

You may not think much of this but knowing the “lingo” of Diablo II Resurrected will help you communicate your aims and goals to other players. Creating games efficiently will help you achieve objectives faster and get the gear that you’re looking for.

Here are some common game names and/or abbreviations that you’ll come across. It’ll help you if keep these in mind:

Duel Me, PvP – These are commonly referred to as the “fight rooms”. These rooms are intended to gather players in order to fight one other. This allows for an ultimate flex of your gear and to check how your build matches up against other players. It was cool to have an entire section of your stash dedicated to collecting the “ears” of well-known PvP’ers to show your stuff back in the classic days.

BRG ME [ITEM NAME HERE] – This is a game creation method to say exactly what item the game creator would like to trade. BRG is the short form of “BRING”. These types of games tend to come up more often in Hell, as on lower difficulties people are more focused on finishing content rather than gearing. For example, “BRG ME VEX” = “Bring me Vex Rune”

SOJ – Stone of Jordan. An infamous currency ring from the classic days. This is a Unique ring that is sought out by almost all players in the game. Very useful for build or to use as currency.

[ITEM NAME HERE] FT – This game is saying that the creator of the game has a certain item “for trade”. It’s also commonly written as 4T. For example, “SHAKO FT” = “I have a Harlequin Crest Shako for trade”

ITELE [CONTENT NAME HERE] – The first portion of the game name means “I teleport”. The second portion will refer to a farming location or a certain boss. This means that the creator of the room can teleport to reach a destination fast so that the party can get to the content together faster. For example, “ITELE BAAL” = “I will teleport to Throne of Destruction and open a portal there so that the rest of the party can come and kill him together”

RUSH FOR 4GE – The term “rush” is the act of a much stronger player quickly blowing through main quests and bosses, from Normal to Hell Difficulty Act 4, for a newer player. Usually, the payment for rushing another player is giving up the right to loot the newer “rushed” player’s Hellforge quest in Act 4.

This, by the way, is my favorite way of making money in Diablo II Resurrected. I even got 2 Ist runes in one day from 5 rushes that took me about an hour. If you don’t feel like grinding through all the content, you can sacrifice your Hellforge quest rewards for a quick run through the game.

[CONTENT NAME HERE] RUNS [QUANTITY] – This naming convention is used to describe a room where it’s intended to host a party of players dedicated to repeating the same content over and over again. This is the type of games you will look out for if you want to clear content such as a boss or farm in areas where you would likely not be able to run in solo mode.

As a Blizzard Sorceress myself, it’s really hard to run Chaos Sanctuary (where there are many Immune to Cold Attacks monsters) until you are heavily geared with high quality items. For example, “Chaos Run 01” = “We are running through Act 4 Chaos Sanctuary over and over again and this is our first RUN.” Once the run is complete (When Diablo is killed) the “host” of the game will type “NG” or “02.” NG = Next Game = I am making another “RUN”. The game name will then become “Chaos Run 02” and so on and so forth until you get tired and leave the group.

How to Use This Lingo

So, now that you have all this information, you will want some tips on how to use it to your advantage. When I find mediocre items such as Magefist, or Goldwrap, it’s hard to decide if I want to keep it or not. Especially because you may already have these items. What I would do is I would create a room called “SCRIPT4LEM” and in description write “MGFIST (Magefist) GLDWRP (Goldwrap)”.

Lem is not a very “high” rune, and many players who just wish to quickly gear up will want to trade items for these runes. This way you get to turn 8 slots in your stash into item stack taking up only 1 slot. Collect the Lems and roll it in your Horadric Cube in order to make Pul Rune. Two Pul Runes are required to make an Um Rune. With Um Runes at hand, you will now have the currency to buy some decent unique gear such as the Skin of the Vipermagi.