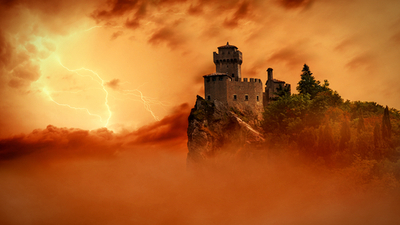 The recent FFXIV Endwalker leaks revealed a whole bunch of information about what fans can expect upon release. With that in mind, we have decided to put together the pieces of information that we have heard so far and put them together into a handy article for you.

In this FFXIV article, we will be discussing the following:

So let’s get stuck in on what fans can look forward to upon the release of Endwalker.

With the introduction of Endwalker we will see two new jobs being added. A fourth healer is being brought in known as the Sage, which will be a welcome addition for fans who feel that the game doesn’t have enough healers in it.

The Sage will be equipped with a unique weapon imbued with aether, though we don’t know too much more about the job apart from the fact that the 6.0 update is going to differentiate the healers a bit more between pure and barrier healers, with the Sage being a part of the latter. We also do know that the Sage will begin at level 70, and even though there will be no particular class that’s required for it, you will still need to have grinded to this level in order to use it.

The second job has yet to be confirmed. The only piece of information that we have is that it is going to be a melee DPS job for players to check it. The class that it works best with remains to be seen, but its certainly exciting to look forward to in the near future.

Along with the new jobs, two new town will be coming with the new update, both of which differ in size and capacity. The smaller town of Radz-at-Han is one, which looks to be an area with a vibrant aesthetic on the island of Thavnair. Meanwhile, the trailer for the update also seemed to reveal a new city via the map, which is more than likely going to tie itself together with the introduction of the Sage.

The war-torn city of Garlemald, which serves as the Garlean Empire’s capital, is also set to be playable. The devastation left by the civil war here has certainly had an effect, but just what happened exactly here remains to be seen.

There will be a new Beast Tribe coming to FFXIV too, with the elephant-like Matanga as part of the Arkasodara tribe. They do have a rather friendly look about them, and that is something you can expect to see from these blue creatures. Meanwhile, other tribes are expected to be added with Endwalker, though we don’t know if they will be available when the 6.0 patch is introduced or beyond post-launch.

This is one of the more exciting introductions from Endwalker. We will be seeing Anima making an appearance from Final Fantasy X. With the inclusion of Anima’s original designer being a part of this game’s team of artist, we can expect an experience as close as it can be back in the 10th rendition of the series.

The news on dungeons is a little thin on the ground so far, though the artwork that we have seen does suggest that we are getting some from of ruined temple, which seems to be occupied by a dual-headed enemy or statue, whichever it is currently not yet known. Then again we also have a more fortress-themed dungeon that seems more akin to a dark, mechanical theme. A third dungeon that was teased seems to have more of a potential connection to Garlemald, which would make sense given the nature of the update’s content.

This is probably one of the safest bets you can expect with new FFXIV content. The normal raid we are getting is known as Pandaemonium, which could potentially be a throwback all the way to Final Fantasy II, which had a final dungeon with the same name. It is supposed to be very unique in terms of its content, though it seems we can expect some form of hellish theme.

A new Alliance Raid is also expected to accompany the new update, though there are no real details so far. What we do know is that it will be unique and won’t focus on crossover content that we have seen recently.

There will be a brand new PvP mode included in Endwalker, though it will more than likely have a laid back approach compared to what’s in the game already. This is to help streamline matchmaking and will also come with a new form of reward too. This new approach to player vs. player combat is to try and attract more players to this type of gameplay, and it certainly looks like a good tactic for doing so on the surface.

As for side content, we will be treated to new crafter and gatherer quests, and there will be an expansion of the Role Quest system. The Role Quests will be divided in a different manner however, with five roles being present instead of the usually four of Tank, Healer, Melee and Ranged DPS. New content is also coming to the Gold Saucer, but what it is has yet to be confirmed. There will also be an expansion to the Trust system, though as expected details are few and far between so far.

Finally, we finish this discussion on the FFXIV Endwalker leaks with a release date. Or at least, a release window of sorts. Final Fantasy XIV: Endwalker is currently scheduled for release this fall, and we can expect the 5.5 patch to arrive on April 13th. For those itching for further details on what to expect from this next addition to the game, there will be a fan festival taking place on May 15th and 16th which will hopefully reveal a lot more about what we can expect.