Genshin Impact: Yun Jin Lore and How She Got Her Vision 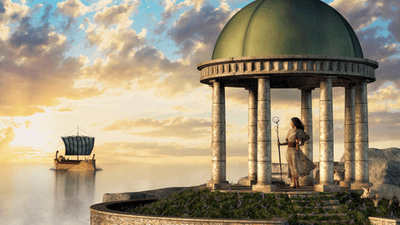 Genshin Impact: Yun Jin’s Story and How She Got Her Vision

Name: Yun Jin (that’s her whole name, with Yun as her surname and Jin as her first name)

Genshin Impact’s Yun Jin is a powerful support character that can deal damage and assist the party at the same time. While Gorou thrives in a full Geo-element party, Yun Jin works best with a good variety of elements.

Opening Flourish makes Yun Jin swing her polearm in an arc. You can charge up this attack by holding the button. The attack has two charges that depend on how long the button is held or how much Yun Jin is attacked as it charges. If you’ve unlocked her first Ascension passive, timing the press exactly as she gets hit will automatically let her strike back with the strongest charge of the attack.

Cliffbreaker’s Banner is her Burst, where Yun Jin releases a blast of Geo DMG and grants the whole party with the Flying Cloud Formation buff. When it’s active, the character’s Normal Attacks are boosted by a percentage of Yun Jin’s DEF. With her second Ascension Passive, it gets further boosted by a percentage of her DEF depending on how many unique elements there are in the party.

As you can see, both of her skills scale off of her DEF (with a bit of HP for Opening Flourish). That means the Husk of Opulent Dreams and Defender’s Will sets would be great on her. The Noblesse set would also be good if going for a support Yun Jin. Another alternative would be the Emblem of Severed Fate, which would let you do more Bursts.

If going for DPS, Retracing Bolide or Archaic Petra is recommended. She’s a passable DPS when built for it. Her multipliers are higher than most support characters but don’t quite match up to proper DPS characters.

As for weapons, it depends on your build. For support, Engulfing Lightning, The Catch, or Favonius Lance would be good. These lances increase Energy Recharge for more Bursts. For DPS, it would be Vortex Vanquisher, Staff of Homa, Primordial Jade Winged-Spear, or Prototype Starglitter.

Yun Jin is a versatile character that can fit in most parties (just not one that’s uniformly one element). Her position depends on how you build her. If you haven’t taken the free Liyue 4-star from the event yet, you should definitely consider getting her.

Yun Jin started to have an interest in opera when she was young. With an opera troupe director for a father and a famous opera singer for a mother, inevitably, she would also follow in their footsteps. While most kids would switch passions at a drop of a hat, she stuck to her training. Even when it became painful or tiring, little Jin kept persevering and became the splendid performer she is today.

Liyue Opera demands much from its performers. Yun Jin, however, meets those demands, whatever they may be. From a delicate heroine to a demon-slaying maiden, she can play any role and play it well. What’s even more impressive is that she writes these operas herself!

Her name has spread throughout Liyue as one of the best opera performers because of this. People from all over Liyue started to visit the Heyu Tea House more often, just to figure out her performance schedule. Of course, Fan Er’ye, the owner of the teahouse, is glad for this as it meant more customers for him.

The Yun-Han Opera Troupe was started by her grandfather, and most of those who joined up then stayed with the troupe until it fell into Yun Jin’s hands. As such, they’re elders and still hold to the traditional Liyue Opera. More than that, they also nag her about her diet and who she hangs out with. This puts Yun Jin in a tight spot, as she doesn’t like opera about adepti too much. There’s also the fact that the elders nag her about traditions and the old ways of the opera.

Yun Jin has no qualms about the old ways, but she feels that adapting to the times would be better. She feels that she doesn’t truly connect with characters that are adepti, and that’s what traditional Liyue opera is about.

She actually likes rock and roll and listens to Xinyan’s concerts every chance she gets. With the elders breathing down her neck, opportunities come less often than she’d like. Once, she’d been invited to Xinyan’s home and discovered a more feminine side to the brash and ferocious facade of the rocker. It isn’t said whose idea it was, but to hang out with Xinyan more, the pair talked with Fan Er’ye and set up an alternate identity for Xinyan.

Xinyan became Xingyan, the adopted daughter of the teahouse owner. With her grace and poise, the elders approved of ‘Xingyan’ while also still keeping Yun Jin away from Xinyan. Yun Jin is pleased, as at least she can hang out with her friend and discuss things more often.

As for her plays, throughout the years of performing, she felt like there was nothing more to impart with the stories of the adepti. She had exhausted every bit of legend and folklore in Liyue and felt that there needed to be a change. The usual operas were no longer what she wanted to perform.

She only realized what kind of play she wanted to show when she started performing ‘Snow Treading’. It was a play about a strenuous walk through the snow. The first time she performed it, it happened to snow and she has never felt more in tune with the character she’s playing. That’s what she was looking forward to performing. Since then, Yun Jin started making and performing operas about humans and their feelings and emotions.

Instead of the adepti, she’ll write and play the role of normal people. This kind of opera might not be as popular as the ones she used to perform, but she’s satisfied even if only a few will remember these plays.

You might wonder why people call her Sir Yun, despite being a girl. It can be said that she inherited the name from her father, but it also doesn’t explain the name. The name came from a fan jokingly calling her Sir Yun after a performance. Another fan protested saying, “How can a lady be called Sir?” Yun Jin then explained succinctly that knowledgeable people can be called sir, and youth and gender are not limits to being knowledgeable.

This impressed the fans who attended the performance, and the story spread throughout the harbor. Because of that, a trend of people calling her Sir Yun started, even among those who haven’t met her yet.

As young as Yun Jin is, she started performing even younger. That also meant getting burned out at a young age. She started being dissatisfied with the operas she was performing. Every role she played seemed to blur into one another, indistinguishable from each other. She no longer felt the joy of performing well and hearing the applause.

She questioned if all it takes to move people with a story is singing and dancing well.

As mentioned above, her breakthrough was the opera ‘Snow Treading’. Performing the play while it snowed finally gave her that feeling she was looking for. It was being one with the character she’s playing, to be in their shoes exactly. That was the opera she wanted to write and perform. One that is about the emotions and feelings of human beings living their lives.

Yun Jin could not recall how she was able to return backstage after her internal revelation. All she remembers is finding a Vision in her sleeve.

It has been mentioned in other character bios that Geo Visions are given to those who seek knowledge or in a way entered a contract. Itto is an exception as oni might have different criteria. Yun Jin received a Geo Vision because she sought a way to connect with her audience more. She’s passionate about performing, but she is not as fired up as a Pyro user.

These things could be the reasons for Celestia to grant her this favor. Yun Jin attributes it to Morax liking the opera, though. Interestingly enough, if you carefully watch her character demo video, for a split second you can see Zhongli watching one of her performances. He’s sitting alone in a corner so he can be hard to spot.

If Ei had not confirmed that Archons do not have any control over who gets a Vision, this can be a compelling reason for Yun Jin receiving a Geo Vision. That’s over any other element. Unfortunately, she did, and the current working theory is that Celestia is the one who decides everything. Still, some patterns can be seen in their decisions.

That’s all for Yun Jin, the newest 4-star in Genshin Impact’s roster. Have fun during the Lantern Rite, and don’t forget to claim the free character!