Name: Ningguang (no last name given)

Title(s): Eclipsing Star, Lady of the Jade Chamber, Tianquan of the Liyue Qixing, Tailor of Liyue

In Genshin Impact, Ningguang may be a catalyst user, but her kit provides some defensive maneuvers. With her Elemental Skill, she summons a Jade Screen that can block incoming projectiles. Upon activation, summoning the screen blasts the enemies near it with a wave of Geo. The screen can endure damage up to a percentage of her HP. The higher Ningguang’s HP is, the more attacks the screen can take.

As an additional bonus, with her Phase 4 Ascension Talent, passing through the screen gives her an additional 15% Geo DMG bonus. That’s more incentive to keep her E Skill up and running, especially since she’s a catalyst user. All of her attacks, normal, charged, E Skill, or Burst, get a power boost.

Her Elemental Burst sends out several homing gems toward an enemy. If a Jade Screen is up nearby, it will also send out more gems upon cast. Her Burst has the lowest energy requirement at 40, which means you can easily spam it with the correct conditions.

Ningguang is one of the best 4-star DPS characters in Genshin Impact. Paired with the Geo element, nothing can stand in her way (except for Geo Slimes, which are immune). With her easily-charged Burst, the Prototype Amber (formerly Prototype Malice) weapon is a good fit for her as a support. Her Jade Screen benefits from the weapon’s HP bonus, and she can heal her allies every time she uses her Burst. Of course, other weapons would be better if you’re building her DPS.

Zhongli’s voice line about Ninggang hints that she had a rough childhood in poverty. According to him, she used to walk from Yaoguang Shoal to the south wharf of Liuye, barefooted and trying to sell wares. Now, however, she has risen to the position of Tianquan of the Liyue Qixing, a far cry from that barefooted waif.

Where most of the Qixing would rather fly under the radar in Genshin Impact, Ningguang as the Tianquan is a social butterfly. She is the talk of the town and hearing those people talk somehow gives the listener the impression they know everything about her. To rivals, she’s a shrewd merchant. For the kids, she’s a generous big sister. Those who frequent the Yujing terrace would see her as a socialite and a connoisseur of fine desserts.

Putting all of these views on her would inevitably show some discrepancies. However, all would agree on one point: Ningguang is an extraordinary woman.

Ningguang built the Jade Palace, a castle floating on Plaustrite. From a single floating room, it has expanded into a grand palace, sometimes blotting out the moon from Liyue. Rumors in Liyue say she enchanted the castle so she could hear everything going on in the city. That’s how she seems to be knowledgeable about every little thing, even things her competitors would like to keep hidden.

None of that is true, of course. Her eyes and ears are the children playing in the streets, unnoticed by the general population. Once in a while, she gathers them together and gives them treats. Lured in by the sweet rewards, they tell her everything they know, from secret meetings to new visitors to the city. Ningguang compares that information to what she had gathered herself, and thus she is privy to everything happening within Liyue.

When she needs to make an important decision, she shuts herself in the Jade Palace. None but her three confidants may enter. Inside, the three would sort out and summarize important and relevant information, pinning the summaries onto a wall after. Ningguang would be at the balcony, pondering the information.

She would arrive at her conclusion before her three attendants can pin everything on the wall. After deciding on a course of action, Ningguang shreds all the papers with the information and throws it out the window. When the people of Liyue see this paper ‘snow’, they know that something’s going to shake up the business community. Some citizens think that having a piece of this ‘snow’ would bring good luck to them. Coming from Paimon, however, it may just be rumors.

Ningguang can never have enough Mora, though arguably, it means more to her than other merchants or businessmen. For her, each Mora is a trophy marking hard-won battles. The business world appears as a playground in her perspective, and every deal with guilds and merchants is a game to her.

What makes her the happiest include sighing merchants as they hand over Mora or the guilds bowing to her wishes. These actions tell of her imminent victory, while also strengthening the Qixing. With each victory, the harbor prospers, and that in turn gives her more opportunities and profit.

Some may want to ask why she keeps on making money despite having accumulated much wealth. Ningguang would only reply that she’s only sweetening the pot even more.

In the land of Contracts, the people hold their rules in strict regard. A book that details these rules, along with a 279-page commentary, goes to every house and citizen. The Tianquan likes it that way, as law and order are good for profits.

This is why Beidou is such a headache for her. The captain’s shady trade routes and practices make use of various loopholes or paid fines. Ningguang tried hard to make her follow the rules but decided later to agree to disagree. To the common citizen, they might look like enemies, but they seem closer to friendly rivals in reality.

Her Jade Palace, as the one thing she truly owns, represents her ambition. She has no doubt it would one day cast a shadow over all the seven nations in Teyvat.

About Ningguang’s Vision in Genshin Impact

Ningguang was not granted a Vision in the usual way. There’s no dramatic backstory to how she got one.

Visions become powerless husks when their holders die. They might reawaken if it finds another to resonate with, and there is only one such other. Ningguang found one such powerless Vision, believing it a business opportunity. Many would buy such a shell, wanting to resonate with it or just to keep up appearances if they can’t. She plotted and planned drawing up schemes for this new opportunity.

As she was writing a plan to auction it, the Vision suddenly glowed in her hand. Her ever-present attendants congratulated her, but she was annoyed. With the jewel resonating with her, she was unable to sell it.

The Geo Archon, as the God of Commerce, would certainly champion new business ideas or promising merchants. The rules might be different for resonating with an old Vision though. Maybe the new owner would have to match the old one in some way. At this point, we, the players, have little to go on for this phenomenon. 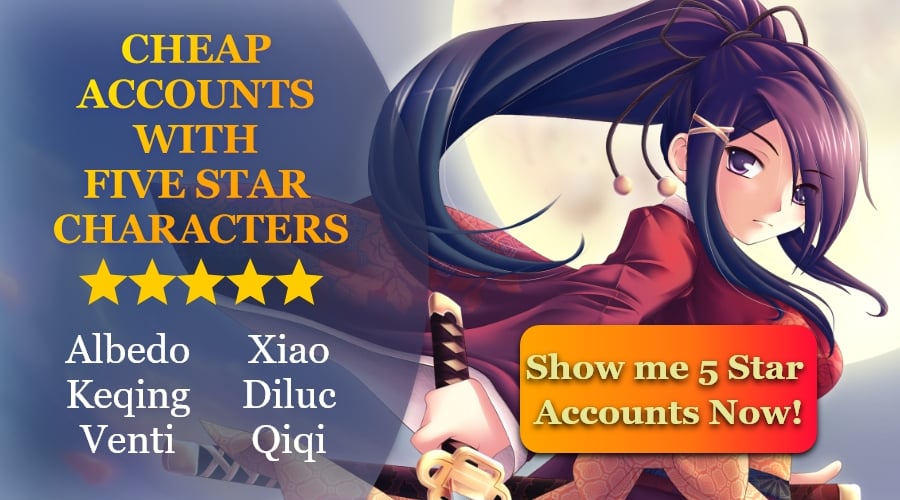