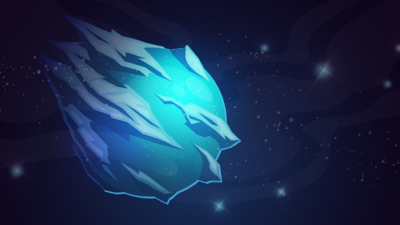 In Genshin Impact’s 3.2 patch, the Dendro Archon takes the stage. Nahida is the youngest of the current set of Archons in Teyvat. It shows in her small stature, but it isn’t a license to underestimate this child-like god. With the right builds, she can decimate groups of enemies with her Elemental Skill.

All Schemes to Know, her E Skill, links (up to 8) enemies caught up in its range with the Seed of Skandha. Marked opponents stay linked when at a certain distance from each other. If any linked enemy receives damage from elemental reactions or Dendro Cores (and related reactions), Nahida will unleash Tri-Karma Purification. The latter deals Dendro DMG to all tied opponents based on her ATK and Elemental Mastery.

You can hold the button to activate a viewfinder mode for 5 seconds, pinpointing the enemies to mark and link. The skill can also harvest plant resources found in the open world, such as Berries, Sunsettias, and other plant ascension materials and specialties.

It does not gather up dropped loot from enemies and investigation points. Ores cannot be picked up with this skill, whether broken or unbroken. It also does not harvest your grown Teapot plants, unfortunately. Still, it’s an excellent tool for resource gathering. The ability can also read the minds of specific NPCs.

Illusory Heart, Nahida’s Burst, creates the Court of Dreams and the Shrine of Maya in a massive AoE. It does not deal damage but has various effects depending on your party composition. Here are the buffs (they activate with at least one character of that element in the party):

Hydro: lengthens the duration of the skill

Having two characters of those elements listed will add to the bonuses. Though the description says, ‘While Nahida remains within the Shrine of Maya,’ the buffs will still take effect as long as you stay within the skill’s AoE with another character.

Like the other Archons before her, she’s much suited to a behind-the-scenes support character. However, her potential for DMG dealing is high, especially with the Spread reaction.

The Deepwood Memories set is the best set you can give her. Only the stats you want for her role change. Gilded Dreams can be an alternative, but only if another character has the Deepwood set.

She also needs a bit of ER to keep the uptime of her Burst going. The sub-DPS role can use a more damage-oriented build if there is another member of the party that can share EM with her. Your last resort combines Gilded Dreams and Wanderer’s Troupe. Still, Deepwood Memories is the best-in-slot set for her.

Nahida’s signature catalyst is A Thousand Floating Dreams. Other alternatives for her weapon are:

A notable F2P option is the Magic Guide, a 3-star catalyst. If you have a good, consistent Hydro or Electro applicator, this weapon can significantly boost her damage output at R5. It also has an Elemental Mastery substat, which makes it perfect for her. Chances are, on your subsequent pulls, you can get it at R5 if you don’t already have it.

Warning: spoilers for the Archon Quest: King Deshret and the Three Magi and further quests

The Archon Quest about King Deshret implies that Nahida is a de-powered Greater Lord Rukkhadevata. King Deshret found forbidden knowledge that corrupted everything it touched. He sacrificed himself to protect his people and land, but it was not enough. The former God of Wisdom used all her power to contain the remaining corrupting force.

Ultimately, she was successful. However, the testimony the Traveler and company found says that, in the process, Greater Lord Rukkhadevata shrunk down to a child-like form. Later quests revealed that the former Archon created Nahida to serve as her reincarnation. This was wise considering what happened at the end of the Sumeru arc.

When the sages found Nahida, they lamented that they did not find the former God of Wisdom. They took the child-like god with no memories and trapped her in the Sanctuary of Surasthana. You can see this in her Character Teaser, ‘Happy Birthday, Nahida.’

Since then, she has spent all her time in the sanctuary, never stepping into the outside world. However, at the very least, she could use the Akasha System established by the former Archon to, in a way, experience the world she has never seen. It’s like looking through a mosaic of windows forming a whole picture.

Through the Akasha System, Nahida can see and hear everything. Though people regard her as a symbol that divinity hadn’t left Sumeru, she could also hear the dissenting voices. The system also allows her to take over the consciousness of anyone with an Akasha Terminal. Still, she finds it awkward to control humans without permission. That’s why she occasionally borrows the body of Katheryne, the bionic puppet receptionist of the Adventurer’s Guild.

While she gathers knowledge from the system, Nahida knows theory differs from practice. Once, she pushed to send an anonymous letter so some flowers could be planted in a specific area in Sumeru. Though the letter was anonymously sent, the Akademiya researcher who received it became convinced that the one who wrote it was an Amurta researcher of renown. The wisdom in the outlined plans was so detailed it couldn’t be anything or anyone else.

Nahida, pleased that her plan was accepted and applied in the city, used Katheryne’s body to inspect her project. She was glad to see that everything was to her specifications. Yet, when she turned a corner, people were surprised to see the usually unflappable receptionist blushing over some flowers. Nahida had overlooked the effects of planting some species of flowers together, resulting in flowers with different colors than she envisioned. She became embarrassed that her people saw her “complete lack of aesthetic sense.”

During the day, Nahida gathers information through the Akasha. At night, she ‘applies’ that knowledge to her dreams. When she first discovered a Dusk Bird, they flew through her dreams with their wings folded. Before the avians could properly fly through the sky, she had to learn how wings worked.

Also, because it is her dream, she could attach wings to Shroomboars, and they should be able to fly like birds. Nahida dreams about these unbelievable things, such as Harra Fruit that could talk or crocodiles that walk on two legs instead of four. Her dreams are like an amusement park, where she is embraced by boundless happiness. It starkly contrasts with her reality, which is trapped in the sanctuary.

She has a chest of toys, specifically card games and puzzles, that she made. The sages wouldn’t give her the completed products, so she compromised and asked for materials to create them. However, she soon found a problem. She had nobody to play with, and being the creator of the puzzles, she would know about their solutions. The toys ended up in a chest, waiting for a time when Nahida could finally play with someone.

Have fun and enjoy this child-sized Archon. Don’t underestimate her diminutive stature because she can deal damage like nobody’s business.