MHW Palico Guide – How to Unlock Gear and Gadgets 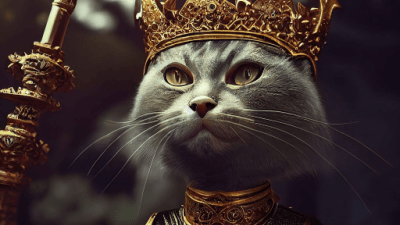 Your Palico will essentially be your right-hand man for tens of thousands of hours in Monster Hunter World, so it’s best to treat them with care. At the very least, until you move onto Monster Hunter Rise, where Palamutes—the best doggos in the game—make their debut. In this guide, we’ll be walking you through everything you need to know about your furry Felyne companion. Let’s be honest; whether you’re hunting monsters solo or with your fellow hunters, your Palico will be the one thing that separates you from getting carted from a Fatalis and completing the head with your head still intact.

Create Your Very Own Palico

You don’t have to worry about completing some sort of quest to be able to create your own Palico because you’ll be prompted to create and customize the looks of your feline friend at the very start of Monster Hunter World. When you eventually make it to the hub area of Astera, you can go to the left area near the Commander to go to your private headquarters—this is a room you and your Palico share throughout the game.

In your room, you can interact with your Palico. You’ll have to option to sell or change their equipped gear, as well as whether or not you want them to stay in Astera while you go on a mission. But then again, who wouldn’t want to have these cuties at all times?

How to Unlock Armor and Weapons for Your Palico

Acquiring new armor and weapon items for your Palico is relatively simple since it’s also how your hunter will unlock new stuff. Every time you successfully defeat a monster for the first time—whether through an optional quest or main quest—you’ll have the option to craft its corresponding armor and weapon set at the Smithy for your hunter and Palico.

Let’s say you eventually managed to take down an Anjanath as part of the main story of Monster Hunter World. After finishing the quest, you can return to the Smithy and craft the Anjanath’s armor and weapon. As stated before, this system of unlocking new gear for your Palico works similarly for your hunter. The only difference is that your Palico’s gear costs fewer monster items (and in-game currency) to craft. The armor items for your Palico, which come in two parts—the helmet and body armor—never cost more than two materials to craft. This means you can immediately craft new armor items for your companion the first time you defeat a new monster in MHW.

How to Unlock Gadgets

At the start, your Palico will only have the Vigorwasp Spray. The gadget allows your Palico to bring over a Vigorwasp from nearby and pop it all over you to boost your health in the heat of a battle. There are more gadgets in Monster Hunter World, and the easiest way to unlock them is to find the Grimalkyne and befriend them.

Grimalkynes’ quests can only be completed or tracked when you’re on an Expedition to their specific area. So if you want to unlock a new Palico gadget to add to your arsenal, Expeditions are the way to go.

You should try to unlock all of the gadgets for your Palico because they can provide numerous advantages in battle. For starters, they can heal you when you’re out of potions. They can also force monsters to drop materials and keep monster aggression off your back.

The Best Palico Gadgets to Equip

There were originally six Palico gadgets available in Monster Hunter World, but more were added during the Iceborne expansion’s release. That’s a lot of options, so we’ll help you narrow it down as to what gadget you should use to turn your Palico into the most dependable asset you can have at your disposal.

Let’s start with the most basic Palico gadget in Monster Hunter World: the Vigorwasp Spray. Funnily enough, many tout the first gadget you get in the game is also the best—with good reason. Whereas other Palico gadgets add status resistances, help you trap monsters, or help you deal more damage, the Vigorwasp Spray’s nature is straightforward: to save you. That’s because it lets your Palico use an item that recovers your health in a small AoE.

In the Iceborne expansion, the Vigowasp Spray can be upgraded to Vigorwasp Revive. Once per Expedition or quest, your Palico will automatically revive you when your health reaches zero using Vigorwasp Revive, preventing you from carting.

Sometimes, the best offense is defense. You’d think that a Palico gadget built around the idea of raising your defenses won’t be all that great, but you’d be wrong. You can never have too many buffs. With the Coral Orchestra, you can have as many as four buffs at the start of the fight. Having it available on your Palico at all times is similar to having a Hunting Horn user in your party, albeit less effective.

The Meowcano is one of the newer gadgets on this list, considering it was released on Iceborne. When your Palico uses a Meowcano, it will shoot fire bombs around itself using a giant cannon, raining damage on monsters in the vicinity.

It’s unpredictable and confusing since its aim isn’t necessarily accurate. But if you use it right, the Meowcano can be devastating enough to put a Kirin to sleep or stagger a Crimson Fatalis. The Meowcano’s mechanic makes it effective for hunters that love to go solo.

Create the Best Meowmories With Your Palico

Your Palico will ultimately be your best friend and the warm-blooded mammal who will set your rear end from your demise. Whether you’re hunting a Furious Rajang or Bazelguese, it’s always best to keep your Palico’s gear and gadgets in tip-top shape. The beauty of it all lies in the fact that you can mix and match your Palico’s equipment to your heart’s desires. There’s no harm in trying something new. If nothing else, you’ll at least have learned which gear and gadget fit your needs.