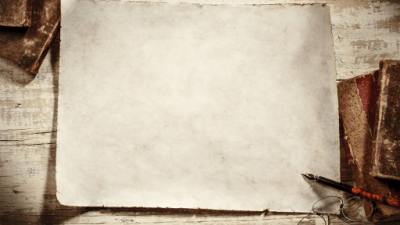 On Oct. 19, 2022, Jagex rolled out the Fresh Start Worlds for OSRS. We will explore what they are and how they will affect the Ironman community.

What are Fresh Start Worlds?

They’re brand-new worlds hosted on a separate server from the usual ones. It won’t have any established HiScores or an economy. Joining this server would feel like playing OSRS when it was first released. Everything is new, even the players, as only RuneScape accounts that have yet to play OSRS before can join these worlds. It doesn’t matter whether you are a free player or a member.

It’s a chance to see yourself on the HiScores or be the one to do a World First achievement. There would be no veteran that has already beaten you to the top of the leaderboards. Everybody will start at the same level, different from joining an already running world.

However, Fresh Start Worlds won’t have any bonus XP, events, or buffs. All they’ll get are Achievement Points from various activities in the game. Unfortunately, they cannot be exchanged for anything; they’re purely cosmetic points.

These points serve as a motivator for players to do quests and other activities to collect them. After six months, these servers will merge with the usual ones transferring your account and all progress.

Veterans who want to give their friends a chance to experience membership can gift them vouchers. You can create one by opening the Bond Redemption menu in the game and clicking the option to Redeem Voucher Code. The code will be sent to the player’s inbox who chose the action. From there, you can use it for yourself or send it to a friend. Exchange the code on the official website, as there is no way to do so in-game.

How to Join Fresh Start Worlds

First, you’ll need to register an account. It has to be new, or the option to start on a Fresh Start World won’t come up after the tutorial. Download your preferred client for the game, whether the official Jagex Launcher or the vanilla client.

Login with the ‘New User’ option, and play the tutorial. Completing it will allow you to create a main game account or go to a Fresh Start World. You can transfer to the main server world from a Fresh Start one, but you cannot reverse that process.

These two modes are different from each other. One doesn’t have any restrictions but allows players a chance for World Firsts, see their name on the HiScores, and play the game with other beginners.

The other, Ironman mode, is a restrictive mode made to challenge players. They can’t trade with other players and can only buy items from a limited number of NPCs. If they want something, they have to obtain it themselves. It has several difficulties, upping the restrictions on the player to the point of even prohibiting them from storing items in the bank.

Described like this, they seem like they are different. One is designed to be a challenge, while the other is the main game, albeit without some bonuses available in the mainstream.

However, there’s no stopping veterans from creating new accounts and logging in to FSWs. Then they have the choice to restrict their run themselves and play like they were Ironmen. Considering the target audience of the FSW, though, that would be unfair to the new players of OSRS. They need to familiarize themselves with most of the game’s mechanics. They would be too confused if an official option to go Ironman is available.

There would be some exceptions, specifically those who did their research and are interested in the mode. They might enjoy FSWs because, with the economy just starting, there’s little point in trading until much later, anyway. Still, it isn’t recommended for new players because they must learn about the game’s ins and outs before trying anything more complicated.

Pros of the Fresh Start World

While there would be fewer advanced players to ask about things, the FSWs are an excellent place to begin a journey throughout Gielinor. You’ll start your adventure with similar-minded players. Even if that sounds like it would be challenging, the friends you make as you struggle with each other are the best kind.

Because the slate is clean across the various HiScores, you can be at the top. In mainstream worlds, you can’t beat veterans with years of playing the game under their belts. They dominate the leaderboards, and it’ll take you the same amount of time (years) to catch up to them. OSRS doesn’t have the boosting items in RS3, so you can’t pay for the convenience of easy level-ups. Sure, that would be moot when the data merge with the main game worlds, but you get 15 minutes of fame.

It’s also experiencing OSRS like it was freshly released. Much like how WoW Classic became popular, it’s a return to a simpler time. Although it’s not exactly as it was first released, it’s almost the same. Everybody’s a beginner, there are no leaderboards, and the whole of Gielinor is wide open.

Cons of the Fresh Start Worlds

A big con is an economy. It would take months for it to take off and have a steady supply of common resources. Rare ones could take even longer to build up a collection. More than that, they would be more expensive due to the scarcity of these items. The GE would only give rudimentary supplies. Even up to six months later, when the merge happens, it might not be as grand as the one in the main worlds.

FSWs also don’t have bonus events or increased rates. This will make leveling slow, and for some, speed is everything. Some methods make things faster but only by a little since you can’t go to the GE to buy everything you need. Still, the game isn’t a race, and enjoying it at your own pace is better.

Mostly, the experience would be an Ironman one for the first few months. It’s one way to try it out without the commitment of actually being one. Still, it is a problem for those who need help finding what is in Gielinor.

Like it or not, Fresh Start Worlds will stay for at least six months. Then it’ll merge with the main worlds. There’s no mention of Jagex’s plans beyond this, whether they will open up FSWs later or make it permanent.

They will likely need feedback on whether it works. The future of this feature depends on the results. While being permanent is an idea, it would still need to keep the six-month cycles and clearing of HiScores, or else it’ll become one of the mainstream worlds.

It is a new way to enjoy OSRS and a little more friendly to beginners. It’ll be an excellent start for anyone wanting to try out the game. Have fun!