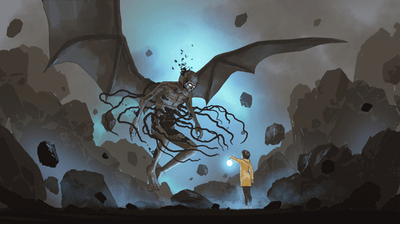 Old School RuneScape (OSRS) challenges its players with some of the most intimidating and unnerving slayer monsters. Without the required slayer level and special gear, you’ll barely be able to damage these monsters. Kurask is one such monster type that dwells in the fantasy world of OSRS.

Kurask can only be killed with the right set of gear and strategy. They have several immunities, and if you don’t know what you’re doing, you’d be bashing your head against the wall. So, we have prepared a comprehensive Kursak slayer guide to help you to understand how to lay waste to these leafy creatures without becoming their fodder.

Before you embark on your mission to fight these slayer monsters, you might wonder if it is even worth killing Kurask.

Yes, it certainly is! They are a decent source of both experience points (XP) and gold points (GP). However, the high-level players who are in the late-game are better off looking for more streamlined tasks.

That said, Kurasks are the sole source of Leaf-bladed Battleaxe, which works surprisingly well on other monsters such as Turoths. Besides, it is an easy and efficient farming method in which you can employ both melee and ranged strategies. It is well worth the GP per hour, along with XP.

You need the following skills before you can kill Kurask.

Once you’re at Slayer level 70, you should have enough skills to be able to kill Kurast without too much problem.

The Prayer level of 43 is only necessary if you go for the melee route. If you have high defense, you don’t really need to Pray melee. But generally, we recommend doing it because Kurasks are high-level monsters that hit pretty hard

This quest is only required if you plan to farm the Kurask in the Iorwerth Dungeon. Other than that, you’re not restricted by any story quests to be able to farm Kurask.

Following are the various stats of Kurask that you should keep in mind before taking them on:

Killing Kurask will earn you plenty of quality loot. Some of the important items you obtain by farming hordes of Kurasks are given below:

In general, you can earn 21k GP/hour.

If you choose a melee setup to prepare for the Kurask fight, we recommend the following gear so you can farm them effectively.

Weapon: When it comes to the weapon type, then using Leaf-Bladed Weaponry is the only way for you to deal any damage on Kurask. We highly recommend the Leaf-Bladed Battleaxe as it is the most effective weapon to deal with Kurask. However, you can only obtain it by Kurask farming, so you probably don’t have it at your disposal on your first attempt at fighting this monster.

Therefore, you should ideally use alternatives like Leaf-Bladed Spear (bought from any slayer master) or Leaf-Bladed Sword (drop in Turoths farming) to slay Kurask.

Armor: For the armor, you certainly want something with a high defensive capability, as Kurask can deal a lot of damage with their hits.

Generally, you want max DPS and defense. We recommend the following gear for your melee build against Kurask slayer monsters:

For the ranged setup, you don’t need to beef yourself up since you’ll be killing Kurask from a safe spot. You need Broad Bolts and Broad Arrows to deal damage to them. So, aim for maximum DPS with Broad ranged weapons.

We recommend the following setup for your ranged build against Kurask slayer monster:

If you are later in the game, we don’t recommend using high quality ranged items on Kurask, as there are plenty of better places to farm ranged XP like Gargoyles slayers.

With your gear properly set up, you should focus on carrying the right items in your inventory. Typically, you want the Rings that lets you teleport to the Kurask territory and a teleportation item for your way back. You should also carry various sacks to collect the items, potions for ranged attack boost, and food for healing.

We recommend carrying the following items in your inventory:

The location of the Kurask spawn is pretty limited. You can come across two separate locations described below:

Kurask is not really a very difficult monster to fight. However, there are certain things you need to watch out for if you want to triumph against them.

If you are using a ranged build, your killing method would be pretty straightforward as you would be safe spotting. Just find your position behind a rock in the slayer-only part of the cave and let it rip. You don’t have to worry about Kurask approaching and hitting you. As long as you stay in the slayer-only part of the cave, you can keep sniping them from a safe distance.

For melee setups, there is nothing complicated either. You can stand in the middle of the cave and start killing Kurask from all sides. If you don’t have the Praying setup for damage negation, ensure you have brought food because you will likely get hit. Melee is faster than ranged because you’re farming with the max DPS setup. But there is always a chance of dying if you’re not careful.

So, this was it for our Kurask slayer guide. We hope it gave you all the information you need on Kurask location and the best gear setups against them. Moreover, we hope it has motivated you to boot up your game and farm these green monstrosities.  Let us know in the comments if you could get a Kurask head to drop for you (and if it was really worth it)!