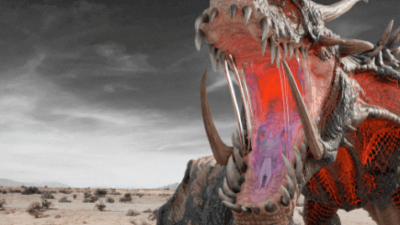 While OSRS is a game of constant grind and dedication, killing off Rune Dragons is a great way to speed up the process of getting GP (in-game currency). Not only are these dragons a source of quick money, but they also provide you with a ton of other stuff, such as defensive and offensive equipment in the game, which otherwise would take a while to do so.

So if you’re looking to understand the mechanics of Rune Dragons and learn how you can kill them effectively, keep reading this guide!

Rune Dragons have some pretty high requirements that will take a while to achieve, especially if you’re starting on a low-level account. To go 1v1 with them, you’ll initially need to complete the dragon Slayer II quest, which subsequently requires 200 quest points and relatively high skill levels.

We recommend you finish dragon Slayer II as quickly as possible so you can unlock some of the consistent moneymakers in the game, including Rune Dragons.

Where To Find Rune Dragons

You can find Rune Dragons only in Lithkren Vault, which is an area on the map that can only be accessed after you’ve successfully completed the master dragon Slayer II quest. However, to go to Lithkren Vault, you’ll need a Digsite Pendant. You can find this pendant by digging under the rubber pile in the Varrock Museum.

While you could walk to Lithkren Vault, getting a Digsite Pendant is highly recommended since it’ll shorten your traveling time, allowing you to visit the home of Rune Dragons whenever you wish.

Rune Dragons can be pretty challenging to deal with at times, primarily because you cannot dodge each and everything they throw at you. Their arsenal of attacks includes a dragon fire attack and a ranged attack.

Their first attacks involve an electric shock that fires two bolts at you, dealing about 4-7 damage to your character per game tick. While it may sound harmless on paper, it can really significantly hurt your character in-game. You could wear Insulated Boots that will reduce the damage output by 50%, giving you a chance to fight toe-to-toe with the majestic creatures.

The second attack, Life Leech, from the Rune Dragons is unavoidable, so you must ensure that you’ve amped up your character’s defense before the attack lands. The dragons will launch a missile-based attack that, when hit you, heals the dragons 100% of the damage they’ve dealt to you.

What Do Rune Dragons Offer

So you must be wondering if Rune Dragons are so menacing to deal with, then what is all the fuss about them? To answer your question, Rune Dragons provide you with many GP and rare in-game items that otherwise would make your grind more challenging than it already is. A Rune Dragon kill is worth 34k, and if you kill around 15 of them on your trip, you’ll be crowned half a millionaire.

Rune Dragons are also great if you’re looking to collect some of the rarer items in the game, like dragon Limbs, dragon Metal Lump, or Draconic Visage. All of these materials come in handy to help you craft new things throughout the game and make your character stronger than before.

How To Kill Rune Dragons Effectively

So now that you know Rune Dragons are a walking treasure, the question arises: How can you kill them? Well, Rune Dragons are actually intended for high-level players to kill. While you could essentially try finishing them off with low stats as well, you’ll have a hard time doing so. Therefore, we recommend upgrading your character sufficiently before you go mano a mano with them.

Once you’ve unlocked Rune Dragons, it is recommended to have 90+ melee stats to kill them efficiently but you can make do with 80+ melee stats as well if you like a challenge. In the case of the latter, your kills will be slower, and you’ll need to be more focused when fighting them since any wrong move could be your last.

It is also recommended to have 70 Prayer and the ability to use Piety when going against Rune Dragons since it will speed up your kills tremendously. Alternatively, you can also get 94 Magic and mix it up with Vengeance to further reduce your average kill time per dragon.

Some Spec Weapons You Can Bring

While Spec Weapons may be a little expensive, they come in pretty handy while fighting Rune Dragons.

We’ve found dragon Claws to be incredibly effective against the dragons due to their high damage output. Alternatively, you can also make use of the dragon Warhammer or Bandos Godsword to drain the Rune Dragon’s defenses.

However, while these weapons are viable, they aren’t recommended if you’re already struggling with money. In such a case, we suggest you only invest in the dragon Claws so you can get quicker kills without draining your hard-earned money.

For meleeing the Rune Dragons, there are two recommended weapons: dragon Hunter Lance or the Zamorakian Hasta.

The Zamorakian Hasta is a solid weapon for a fair price but is a considerable downgrade from the dragon Hunter Lance since it only holds the ability to stun the dragon for three seconds allowing you to go berserk for that short span of time.

Notes: If you cannot afford either of the weapons, we would suggest not taking up the Rune Dragons just yet since this usually means you’re not ready.

While Rune Dragons can be quite a menace, they hold the potential to make your grind more effortless in the game if you’re capable enough to kill them with ease. So without wasting any more time, get yourself into the game, overpower your character and start slaying those dragons!