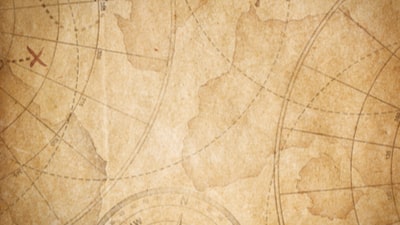 The X Marks the Spot OSRS quest is an introductory quest for the Great Kourend series. This is a quest that will ease you into the series, and is designed for those at a lower level who are looking to get started on the Lumbridge treasure hunt.

Thankfully, we don’t have to worry about too many requirements for this short quest. What we will need however is a free inventory space, as well as a spade. It would be handy to have an Amulet of Glory if you are a member, so you can teleport to Draynor Village. Members can also take a stamina potion too which will come in handy, or a regular energy potion otherwise.

To get started with the quest, firstly we need to talk to Veos in the Lumbridge, who can be found in The Sheared Ram pub. You will discover that he found himself in Lumbridge whilst on a treasure hunt from locating a scroll in Great Kourend. He will request your help as he is not clued up on the surrounding area. Once you have kindly offered to help out, you will be given the treasure scroll to get started with.

The scroll will offer the first clue that reads “Within the town of Lumbridge lives a man named Bob. He walks out of his door and takes 1 step east, 7 steps north, 5 steps west and 1 step south. Once he arrives, he digs a hole and buries his treasure.” So we need to follow these directions from Bob’s Brilliant Axes.

After following the directions, take out a spade and dig with it. You will find the right spot to the north of the window to the north-west of the house that’s part of Bob’s Brilliant Axes. You will then retrieve the next step of the treasure scroll.

You will soon notice that the second clue is actually a map. This shows you a location that is at the door that’s near the cook’s kitchen behind Lumbridge Castle. Go to the tile that’s south-west of the crate you see here, and you will find an orb that is key to the next clue.

The orb is going to be used to find the fourth clue. Start to feel the orb and it will let you know how close you are to finding the location you’re looking for. The temperature of it is decided on how far the treasure is from you. This is measured in the steps that it would take for you to find the treasure, regardless of what obstacles are in your way. Keep walking until the orb starts getting warmer.

The actual location that you need to go to is to the east of Draynor Village. If you look to the south of the wheat field by Leela then find the bush to the north, then this is where you are meant to dig. If you have the Amulet of Glory as suggested earlier, then you can use it to be teleported to near where the location is. Should you choose this method, walk a short distance to the north-east from where you teleported. This will get you another treasure scroll, but be wary of the jail guards nearby if you are at a lower level.

The fourth and final clue presents a Caesar shift. This means we are going to need to decode the message if we are to find the next location. You need to count how many times each letter appears on the cipher itself. You might want to do some research on what it takes to solve a Caesar shift if you want to figure it out for yourself.

If you have decoded it, or have simply read past to see if we have done the hard work for you, then you will find that it says ‘DRAYNOR PIG PEN.’ Go to the middle of the pig pen where Martin the Gardener is located, and start digging. You will find an ancient casket that whispers something inaudible.

Take the casket that you have found then go to Port Sarim. Go to the dock furthest to the north and you will find Veos outside The Rusty Anchor pub. Hand Veos the treasure, who will curiously claim that there is nothing important when you ask what was in there. We are bound to learn more about this as we continue on with the following quests. But for now, you have completed X Marks the Spot!

For completing the quest, you will receive one quest point, as well as 200 coins. You will also be able to gain some XP through an Antique Lamp, which you can use on a skill of your choice. A beginner clue scroll is also available as long as you don’t already have one with you. Players who had finished the X Marks the Spot quest before the introduction of these beginner clues would be able to get their own if you talk to Veos. You will find him in Port Sarim once more, so make sure that you are at this location. If you try to speak to him at Port Piscarilius, then you will not receive it.

The X Marks the Spot OSRS quest is just the beginning in a line of quests for the Client of Kourend where you can continue this gripping story. We first saw this quest being released back in February 2019, and it didn’t arrive without controversy. The redesign of a house in Lumbridge to a pub, and a dock being added to Draynor Village stirred up some negative feedback from players who felt that there should have been some communication if such changes were going to be made.