The Psychology of Gacha Games 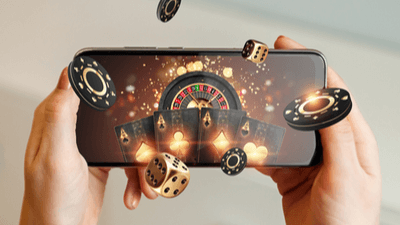 Why are Gacha Games so Popular?

Gambling is an addictive pastime. Just look at all the casinos and how successful they are. If you’re looking for a closer alternative, we can look at gacha games. Chances are, you know of or are currently playing one as an ongoing process. Not that you’re playing right now while reading (you could be, most gacha games can be put on auto-battle, after all), but you’re playing it every day.

Anyway, back to the point. Gacha games and gambling actually have similar premises and act on similar psychological factors. In short, gacha gaming is like gambling, much like loot boxes. But first, a short history.

What are ‘Gacha’ Games?

You’ve seen those capsule vending machines, right? Insert a coin, twist the knob a few times, and you get a capsule containing a collectible toy. The Japanese called these ‘gashapon’, after the sounds the machine makes. ‘Gasha/gacha’ for the crank, and ‘pon’ when the capsule falls into the tray. Later, it was shortened to ‘gacha’, which also brings to mind ‘gotcha’ especially when you’ve finally gotten the toy you want.

Gacha games operate much like those vending machines. You spend some kind of in-game currency to get tries, and you never know what you’ll get from the feature. The only real difference between them is one is a physical item, while the other is a virtual item or a character to collect.

The reason why many people love this kind of feature has something to do with how our brains are wired. We have a reward system that releases a chemical cocktail of feel-good hormones when certain requirements are fulfilled.

Many things could trigger this pleasurable rush of hormones. Exercise, watching sports (and the team you root for wins), winning a competition yourself, or even activities of a more romantic nature. Drugs and alcohol are also on this list, which is why they’re addictive.

How does gambling trigger this rush?

It has something to do with the risk-reward system. When gambling, you’re putting something of value on the line to get something of greater value. Beating the odds when taking risks gives a rush of hormones that rival the ones from drugs, making it an addictive activity.

The problem lies in building tolerance. Sooner or later, small risks will not give the same rush, as it has diminishing returns. To keep the quality of rewards, you’ll have to risk bigger and bigger things so winning has that same intensity. It’s like building tolerance to drugs, where the user will need successively increasing dosages to keep experiencing the same intensity of the high.

Luck does run out eventually, however, and usually, that happens when gamblers have bet most of their money and possessions to chase that high. That’s a recipe for disaster and the eventual ruination of the person. They’d be forced to take loans to continue their search for that high, and losing would make them sink deeper and deeper into debt.

The higher the stakes, the greater the high, but the risk of loss never goes away. Also, in the end, the house always wins anyway. It’d be a bad business practice to let all their customers win too often, and in a capitalist society, they’d want to maximize profits. That means giving customers just enough wins to overlook how often they lose (which would be more often than winning).

Some other factors keep them hooked on playing. Partial reinforcement means the behavior isn’t rewarded or punished 100% of the time. However, since there’s always that chance of being rewarded, the player keeps on playing.

For others, they like the illusion of control, which is more evident in dice games or betting games. This is where some superstitions come into play (e.g. kissing dice before rolling, betting on the underdog). Chance is still the primary force that decides whether they win or lose, but giving them a choice gives an illusion of control.

There’s also the availability heuristic, where reports of other players winning a streak mean that it can happen to you. It can come from having a similar experience before, as well.

Gachas are similar games of chances and luck. You’re basically spinning a wheel to try to make it land on something you want. Some games are lenient enough to have a ‘pity system’. After a certain number of losses (not getting that 5 or 6-star character or weapon), the game takes ‘pity’ on the player and gives a guarantee.

Most gacha games have similar kinds of pity systems. You might be given a currency every time you ‘pull’ on a gacha banner. By gathering enough of that currency, you’ll be able to buy the item or character in a special shop. Others use a counter system. If you don’t get the featured character/item on the banner after (insert number here) pulls, you’ll get it on the next try.

Otherwise, like Fate Grand Order, the game keeps players hooked on the chance to get these characters without giving pity. If you’re lucky, good job on getting the character! If not, well, you’d better be willing to open your wallet or just give up on getting them.

The mentioned factors can also apply to gacha gaming. Partial reinforcement because the biggest reward is whatever is featured on the banner, but you do get some other things from the gacha. Every pull you do has the chance of hitting the jackpot, so you keep on pulling.

Then the social aspect takes care of the availability heuristic. Seeing people get lucky in their pulls makes you motivated to pull as well. Lastly, the illusion of control is evident in the ‘summoning rituals’ people do before pulling. It can range from making summoning circles or having other people pull for them.

How the Term Whale/Whaling Came About

Gamblers often used sea-related terms for players. Professionals were called ‘sharks’ and weak players were ‘fish’ (aka the prey for sharks). This carried over to gacha and social gaming, but without the competitive spirit of sharks vs fish.

What happened was, without the competitive aspect, there became one point of comparison: how much players spend on microtransactions.

The biggest spenders became whales. They’re the ones who spend big to make sure they get what they want from the gacha. Sometimes, it’s a catch-all term for any spender, but there are actually ranks among them as well.

Though it’s a bit of a joke, whales aren’t the biggest fish in the sea. There are ‘leviathans’ who spend more than whales, and ‘Cthulhu’ who fund the game almost single-handedly. Then going down from whales, there are dolphins, swordfish, goldfish, minnow, and ‘F2Playnkton’.

Whales are easy to spot. They’re the ones who have a mostly complete character collection and whatever upgrades come from duplicate ones. They also have their characters built with near-perfect stats and items, whereas those who spend less have to make do with what they get.

Spenders don’t spend only for more chances at the gacha mechanic. They also get refills for AP or energy (or other similar systems the game has in place). With the extra points, they have more chances to get the best equipment for their characters. Spending also gives other benefits such as providing upgrades or other kinds of materials, depending on what the game offers and what systems they use.

They push the gambling similarity closer, as gambling usually involves money, though it’s possible to play these games as free-to-play as possible. It’s like playing on hard mode though, with fewer resources and the effort to pick and choose who to pull for, because you know you can’t get all of them (yet). Eventually, with reruns and all, they’ll get them, but that’s not anytime soon.

Why Do Whales Exist?

These players spend so much so they leave nothing to chance. A guarantee of getting whoever and whatever they want is worth it for them. That’s on the side of the developers since they want people to spend money on their game. The extra benefits are also a bonus and a good enticement for players to spend on them.

It can also be a superiority issue, as whaler characters will perform better than F2P ones. That’s due to having better equipment and having all the materials to upgrade the character. It’s a good thing for those gacha games with a competitive aspect (PvP), which makes it difficult for those who spend less to climb the ranks.

Also, they exist to support the game. Gacha games are usually free-to-play (and a few are pay-to-win) so the developers would need some source of revenue. That usually comes in a cash shop for skins or other benefits paid for with premium currency. That currency usually can only be obtained by paying for them, though some games allow players to farm them. Of course, the latter method would produce less currency than outright buying them, but having the option is enough for some players.