Path of Exile Fall of Oriath Predictions for the Future 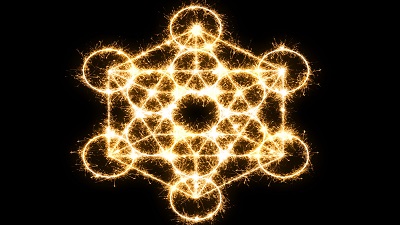 Hi Exiles! This is Ryan, back to talk more about Path of Exile (POE). With the latest release of the expansion, “Fall of Oriath,” POE is bigger than ever before! Today, I’ll share a recap on the biggest changes to the game, new items and features, and I’ll touch on what I think will be implemented for the future. Let’s get to it with Path of Exile Fall of Oriath!

“Fall of Oriath,” the new expansion for POE, was released to the general public in early August. With it came vast changes to the game itself; the first and major being that the “Cruel” and “Merciless” difficulties have been removed from the game. Instead, the game is now a single ten act playthrough, which is a welcome change for those who had to slog through Acts 1 to 4 on “Normal,” “Cruel” and “Merciless” before accessing the last five acts. Changing to this format also makes the game more accessible to new players, so anybody who’s still on the fence to play, now’s the perfect time to start playing for the first time!

The penalties for the difficulties still remain, however they kick in at different points. After Act 5, the game imposes the “Cruel” resistance penalties, with the “Merciless” penalties coming into effect after completing Act 10. In addition, Vaal skill soul costs increase 50% from base after Act 5 and 100% after Act 10. Finally, from Acts 6 to 10, certain Forsaken Masters mission areas and the Cruel and Merciless Labyrinths will impose a 5% experience penalty after death. If you die in higher level Forsaken Masters mission areas, areas reached through the map device or in the Endgame Labyrinths, you’ll lose 10% of your experience!

Another feature added to the game is the “Pantheon” system. Four Major Gods and seven Minor Gods have descended onto Wraeclast; if you beat one of them in combat, they will acknowledge your strength and lend you a portion of their power for you to use! You can only have one Major and one Minor God power active at one time and their powers can be switched out in town or in your personal hideout. If you find a “Divine Vessel,” you can use that in conjunction with the map device to upgrade the map boss. Killing it yields a captured soul, which can be used to upgrade your god’s powers!

Read More: 15 Useful PoE Tips for The Fall of Oriath

Some new gems were introduced in this new expansion. Dark Pact and Storm Burst are the two new Intelligence skills; one uses the life of your skeleton minions or a part of your own life to deal AoE Chaos damage and the other releases piercing electrical projectiles, which explode when the caster stops channelling the spell. A new Dexterity skill, Charged Dash, allows the caster to perform a teleportation dash attack that increases in damage based on distance. Several new support gems were also added, giving players opportunities to imbue further effects to their skill setup, like increasing the chance to cause various status effects or granting buffs when using linked skills.

Finally, introduced to the game is the new Harbinger Challenge League! New enemies called “Harbingers” have appeared in Wraeclast; they have the power to summon monsters and buff them with their unique abilities. Beating these powerful foes yields currency shard drops, including shards for Chaos and Exalted Orbs! Pay close attention though, because there might be shards for currencies never seen in the game before, including the Engineer’s Orb, which improve the quality of a Strongbox and the Orb of Binding, which re-forges a normal item into a rare with at least four linked slots!

The Harbinger League ends on November 27, 2017, so you should give it a try before it’s too late!

What May Come Next?

From my observations, I have a good hunch that the new currencies introduced to the latest Challenge League will become permanently available in the main game. However, there might be a chance that the Harbingers themselves may also be added, much like Silver Coins were from the Prophecy League. If that’s the case, then it would allow players to find and farm tons of currency shards from those foes! To balance that though, the developers may decrease the drop rate of some of the rarer shards, like Chaos, Exalted and Mirror shards. Again, this is all speculation, but I won’t be surprised if I’m right!

There you have it Exiles! If you’re looking to score these new currencies introduced to the game, go check out the Path of Exile Items store at PlayerAuctions! They have a wide selection at a reasonable cost, and all transactions are safe.

Good luck and see you on the battlefield!