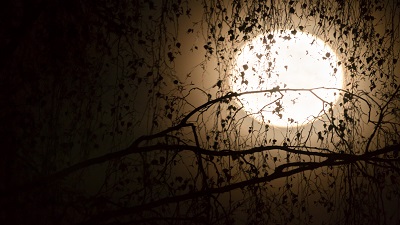 Good morning and welcome to another edition of “Games with Coffee!”

After a long time, I finally got a chance to continue with some Path of Exile Gameplay. Long story short, I’ve made it to Act 2! It’s about time I got here, but I’ll tell you, it wasn’t easy.

Today, I’ll talk about Merveil, the final boss of Act 1, reaching The Forest Encampment in Act 2 and a few items and currencies that I found interesting.

After clearing The Ship’s Graveyard, I entered the caverns where Merveil, a siren who spelt the doom of many a sailor, dwelled. According to the townfolk, the only way to get through to the Western Forest (at this point blocked off thanks to Piety…) is from Merveil’s lair at the very end of the caverns. Defeating her would open a new path and take care of a serious thorn in the side of many exiles living in Lioneye’s Watch (like killing two birds with one stone).

Getting to Merveil isn’t easy though; throughout the cavern, I ran into lots of enemies dealing cold damage. Thankfully, I equipped a Sapphire Ring to increase my cold resistances; otherwise, I’d have had a tough time going through here. If that was enough, I also had to contend with Merveil’s daughters – powerful siren enemies each wielding a different element. One of those daughters was encased in ice, thanks to a currency item called the “Whispering Essence of Contempt.” I’ll talk about that one later.

Once I finally reached the end of the cavern, I opened a portal scroll back to town so I could dump a few items from my inventory into my stash. I talked to Nessa and, hearing that I was going to take on Merveil, gave me a free skill gem to help me out! Nice! She gave me a choice between Ice Nova, Firestorm and Arc, among others. If you’re using a witch and don’t have the Firestorm spell, get it – it’s very useful, especially if you add a Chance to Ignite support on it! I already had Firestorm in my possession, so I took Arc instead.

Returning to the cavern, I made sure that I was ready – my equipment and gems were set, my flasks were full and my fingers were hovering over all of my spells, totems and traps. I was good to go.

The fight against Merveil happens in two stages. In the first stage, she’s all over the place, throwing ethereal blades around and causing all kinds of chaos. My advice would be to stay away and pummel her with ranged attacks. If you got good armour and melee skills, then get up close and personal with her, but since my witch lacks in the defence department, I stuck to my spells; Firestorm, combined with Fireball and Fire Traps made for an effective strategy.

The real fight started after I finished off her first form. Transforming into Merveil the Twisted, she let loose with punishing cyclones and sent minions to chip away at my health. I have to say, if it wasn’t for my Devouring Totem skill that I picked up in a Jeweller’s Strongbox sometime ago, I probably would have been dead. In the end, dodging the cyclones, using area of effect skills combined with support gems and being persistent are all the advice I can give to defeat her. Beyond that, you may want to grind and gain a level or two if you’re still struggling.

Defeating her opens the exit to the Western Forest and the start of Act 2! I travelled northward, taking on hordes of Blood Apes before reaching the next town, The Forest Encampment, where I mingled with the residents, gaining important quests to further my adventure. I’ll talk about these in the next post.

I mentioned that one of Merveil’s daughters was trapped in ice before I took her on and defeated her. Her imprisonment was caused by a currency called an Essence, introduced in the Essence League some time ago.

Essences power up monsters, giving them several buffs and making them much tougher to defeat in battle. When you do defeat an enemy empowered by the Essence, they leave it behind for you to use. The Essence I obtained, the “Whispering Essence of Contempt,” transforms a normal weapon or armour into a magic item and bestows a given property (namely, additional physical damage) to the item. I haven’t found much use for it as of yet (since all my equipment is either magic or rare), but it could be useful if you obtain it early, when there’s not many rare items to find yet.

I do want to talk about Totems really quickly: these are useful skill gems to have. A totem skill creates an effigy that aids you in battle either by providing a buff or special effect while it’s active or by using a skill for you. If you find a “Devouring Totem” skill, I highly recommend using it – you’ll be consistently surrounded by groups and the totem will help restore health as you mow down the crowds.

Looking for some of the aforementioned items? Be sure to check out the Path of Exile Items store at PlayerAuctions since they have a wide selection at a reasonable cost, and all transactions are secure.

I hope you enjoyed today’s gameplay post! Stay tuned for the next play-through coming up real soon! For now, this has been Ryan from “Games with Coffee,” wishing you Exiles good fortune on the battlefield and reminding you to Keep Gaming and Keep Brewing!