Path of Exile Challenges: Why it Was Hard and Why Now is the Best Time to Play 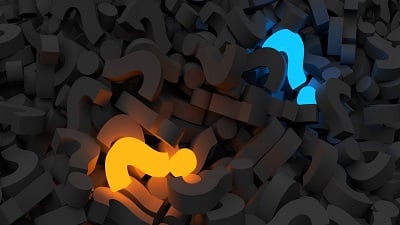 Greetings fellow Exiles! This is Ryan and today, I’ll be talking about Path of Exile Challenges. It’s a difficult game to get into at first, but NOW of all times is the best time to start playing the game! Let’s get into it!

I was first introduced to Path of Exile (POE) in May of this year from a reader who recommended that I give it a try. Now, I enjoy a good Action-RPG, but the first thing I noticed when I started playing was that there was a bit of a learning curve regarding the gameplay mechanics. Skill and Support Gems, Currencies, Rare and Unique items, Passive Skills, you name it; there were a lot of new terminologies that I had to acquaint myself with. I also had to learn how each of these mechanics would affect my chosen character, which took a bit of time and some trial and error to figure out. On top of that, I also felt that POE’s vast character customization options, with the Passive Tree, Support Gems and currencies that can modify item stats as well as effects, were quite daunting.

Since I really wanted to take a chance on this game, I did some research on forums while going through the first few quests of the game. This is something I would recommend all new players should do, as it helps to explain in simple terms what each of Path of Exile’s various gameplay mechanics mean. However, the learning curve wasn’t the only thing that made it hard to start.

Grinding Gear Games implemented a story progression feature that I’ve never seen in any game that I’ve played thus far: to advance to the post-game content beyond Act Four, one must first replay the first four acts in Cruel difficulty and then again in Merciless difficulty. To enter each difficulty, the character must reach a certain level. Also, each difficulty imposed stiff penalties for experience loss on death and elemental resistances, making it harder for players to achieve later game content. Despite the challenge these difficulty penalties presented, the tedious nature of playing the first four acts three times almost prevented me from continuing onwards in the game.

I’m not kidding when I say this thing is massive. A central thought that went through my head when I first saw the tree was “Where do I go?” The size alone can discourage even the most determined players.

Each segment of the skill tree corresponds to the six character classes that exist in the game. The idea behind it was to give players the ability to grow beyond your class, like having a Witch with the Marauder’s strength skills, or a Templar with the Ranger’s dexterity skills. The potential combinations are endless and are only limited by the number of passive skill points obtained through leveling up or from certain quests. Due to the high level of customization available, players can either have an easy time getting through the game or become discouraged if their skill point allocations don’t work out. As for myself, I was overwhelmed with all of the various options that were available to allocate. With so much to choose and so little points to earn, it led me to believe that getting my character to their absolute strongest would be a serious, research-intensive and time-consuming undertaking, something that others who are unfamiliar with these kinds of games might take a pass on.

One factor that made things difficult for me to get into the game initially was the understanding of how the economy in Path of Exile works. There is no gold or monetary currency in Wraeclast; instead, items are used in their place. Not just certain items, but just about any and every item you can find can be used to purchase new items from vendors or traded to other players. Traditional RPG players could have some trouble getting used to this bartering system, along with the many ways to obtain better weapons, armour and items, including trading certain items to vendors, meeting and working with Forsaken Masters, participating in League Events to earn rewards and trading between players.

So Why is Now the Best Time to Start?

I’ll tell you one main reason why: an expansion released in August called The Fall of Oriath, which has completely revamped the game for the better. Grinding Gear Games added in a ton of new features, made improvements to the existing infrastructure and tweaked the storyline into something that makes much more sense.

Honestly, for any players reading this, this is the best time to get started with this game. I may have touched on the difficulties in getting started above, but keep reading, because the new expansion has addressed these issues I brought up earlier, and then some!

When You Need a Helping Hand

The first major enhancement to POE was the addition of a Help Panel, located in an unobtrusive, yet prominent area on the display, right next to your Mana Gauge. Opening it (which I recommend you do that either in town or after you’ve cleared an area of enemies!) allows access to a number of topics regarding everything POE. It includes Skill gems, the passive skill tree, currencies, character customization and anything else that you’ll run into during your adventures. The help panel unlocks new content as you progress, so it’s perfect for the first time player, since it lays out a simple explanation of how the game works in an easy to use interface and only give them the relative information they need to keep going without too much hassle. There is also a tutorial in the help panel that can also help first timers get acclimated to the world of Wraeclast.

The next most significant changes made to the game were the removal of the Cruel and Merciless difficulties and the addition of six new acts (Acts Five to Ten). This turns POE into a genuine RPG with a continuous ten act storyline, as opposed to players replaying the first four acts a total of three times to advance further. Difficulty-centred quest rewards have also changed, for example, the rewards for the “Deal with the Bandits” quest in Act 2 has been reworked. The experience and resistance penalties from the removed difficulties have remained but now they are applied when players reach Acts Five and Ten respectively.

A POE planner tool has also been created to help players plan out their character’s progression, select their ideal equipment and create builds of their own, without having to experiment in game. The tool allows you to select a class, their ascendancy, a passive reward from the “Deal with the Bandits” quest in Act Two, 123 passive points and eight Ascendancy points, enough to plan out your build on the tree. Other tabs include selecting equipment for your build, your chosen aura and a final tally of what your build would look like at whatever point you are at in the game. It’s incredibly useful for players to use and experiment with different builds and items before applying them in game, making it all the more easier to get into it.

Working closely with Microsoft, Grinding Gear Games has now brought POE to the Xbox One home console. This gives players a new way to jump in on all the action from the comfort of their couch, all without the hassle of looking for a good gaming PC or laptop to play on. Now, I don’t own an Xbox One, so I can’t try it myself, but so far it has been well-received by the major gaming publications.

Our last note here revolves around Real Money Trading (RMT) Marketplaces. These places can help players jumpstart their game by selling in-game currencies and equipment for a minimal cost. Pricing for various currencies and items are at the best they’ve ever been, so it’s well worth it for the new or experienced player to look into.

A good site to look into for items is the PlayerAuctions’ POE Item Store. Their item selection is top-notch, their prices are reasonable and all transactions are safe and secure.

And that’s all for today! I hope I’ve convinced you to give this excellent game a try; all these new features and improvements from the base game make this the best time to get started! Until next time, I wish you fellow Exiles good fortune and hope to see you on the battlefield!