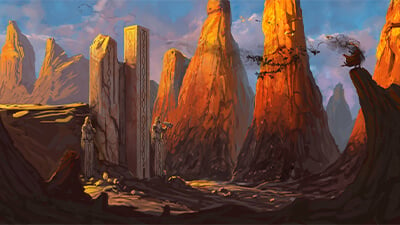 Path of Exile Hideouts have become more and more prevalent after they changed the masters. Previously, all hideouts were based on the various masters. Now, however, they have separated from that entirely and you can obtain hideouts in various ways, from exploration to purchasing. We’ll be going through as many as we can and delve into questions like how you can obtain Path of Exile Hideouts and which ones are our favorites!

How do you find Path of Exile Hideouts?

There’s a total of 36 Path of Exile Hideouts currently and there are four main ways that you can find them.

First Way – Through the Story

First, find them throughout the story. There are ten different maps that can be found as you travel through the storyline, all of them incredibly easy to find. Once you find their respective locations, they will spawn for the storyline hideouts and are indicated by a large icon on your minimap.

The second way is similar to the first, but is in maps instead of the storyline. Again, you simply find the hideout and kill the monsters inside to claim it. This time, however, rarity plays a part. Six of these hideouts are very easy to find and can be located within a few maps (or a few dozen, if you’re unlucky). The other ten maps are extremely rare, and can only be found in every few hundred maps that you run. Keep in mind that these hideouts are restricted to a specific map, so they aren’t something you’ll likely come across randomly if you aren’t targeting them. These hideouts can be shared or sold by bringing up to five more people into the party with you – as long as they are inside the hideout when it is cleared out, they will get it as well.

The third way is currently exclusive to a single hideout, the Celestial Hideout. The method of obtaining this hideout is by killing Shaper over and over again. Unlike the others, this one cannot be easily shared, as it is randomly obtained upon killing Shaper, so you have no idea when you are going to obtain it—although if you do obtain it, everyone in the group will get the hideout. This is the rarest hideout due to the high entry cost, and extremely low spawn rate, as well as the lack of ability to sell it. Many have reported doing over 100 Shapers without finding the hideout. I myself have not found it even after doing a few dozen Shapers since it was introduced!

The final method of obtaining Path of Exile Hideouts is by simply purchasing them. There are currently seven hideouts for sale in the shop, and two that were part of exclusive supporter packs which have since ended. These hideouts run from between 175 and 370 points (with Glimmerwood being the most expensive, a full 85 points above the Innocent Hideout). Nothing particularly exciting here, simply purchase them to gain access! Most of the newer hideouts are all purchasable hideouts.

How do you furnish your Path of Exile Hideout?

First things first, in order to get all of the masters in your hideout, you need to encounter them once naturally in the story, apart from Zana who is the introduction to mapping. Einhar is found in act two, Niko is act four, Alva is act seven, and Jun is act nine. Once you encounter them and do at least one instance of their missions, they can be invited to your hideout, either in the field or in the town associated with the acts listed above. They can be repositioned as you see fit after.

Zana will be found at the end of the storyline as you enter maps. Once you invite her, you can also place a map device in your hideout which will simply appear in your hideout decoration inventory. This can be found by hitting the “Edit” button on the menu at the bottom of your screen. In the same menu, you can place decorations that you accumulate. These can be obtained via two ways: purchasing them with real money, or using the reputation points you get from master missions to acquire them from the masters.

Hideout decorating has become a rather large sub-community within Path of Exile, and there are many incredible examples of hideouts out there to take inspiration from. As of a few patches ago, they also added a function to download other people’s hideouts if they choose to provide them publicly. This means you can use another player’s hideout, provided you have the hideout and all the decorations unlocked, by simply downloading their file and accessing it in-game.

What are our favorite Path of Exile Hideouts?

There are a lot of great Path of Exile Hideout tilesets, these are just our personal faves from the bunch. First off, it would be impossible not to include the Celestial Hideout. Its rarity makes it even more awesome when you finally find someone with one. Coming with the incredible massive map device, as well as being one of the largest overall hideouts, what’s not to love about the Celestial Hideout?

Personally, I think my favorite looking tileset is the Alpine Hideout. The blue color scheme matches Path of Exile’s theme, décor, and storyline beautifully. A huge part of your hideout look is the glow that comes along with it—the way the air particles look. The casual blue of Alpine is what makes it my favorite of all the hideouts. The biggest issue with this hideout is that many of the decorations are too vibrant for its faded look.

Lastly, the Brutal Hideout matches the Shavronne’s Tower aesthetic and allows for quite a bit of interesting things to be done with decorations. This is one of my favorites to see as it’s often a fun experience to see what others have done with it.