PoE Legion Guide to Have a Blast 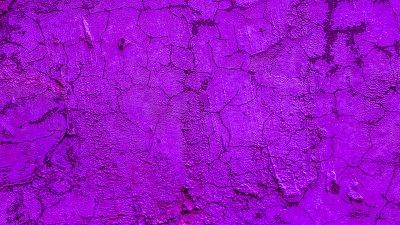 We’re three weeks into the Legion league, and there are a lot of tips and tricks that we’ve figured out. I myself have been having an absolute blast with Legion, and I hope we see more content like this going forward! Let’s jump into our PoE Legion Guide.

Monoliths are the way that you access the new league content for Legion. You will find them in maps, very similar to how you would find breach hands. When you do you can click them in order to activate them. Once activated two warring armies will spawn around you, frozen in time. You are given a set amount of time to break out members of the armies. Once the timer ends, everyone that you’ve broken out will come to life and attack you simultaneously. If this sounds dangerous, it’s because it is!

The rewards from Monolith come largely from the mobs that have symbols above their heads. You will find frozen mobs and chests throughout the frozen armies with giant symbols hovering over them. These symbols correspond to the loot that they drop when you kill them. They aren’t too difficult to distinguish, for the most part. You’ll probably have to run a handful before you know all the symbols off by heart, but personally I follow the method of “if it has a symbol, break it out.” This strategy tends to give me the biggest loot explosions, although I do occasionally miss generals.

Generals are occasionally at the back of each army. They have much bigger shells to break, to go with their much larger health bars. If you do manage to break them out, and then kill them, they drop a ton of splinters for their faction. This makes them extremely lucrative, particularly for certain factions.

For more Path of Exile, check this out: PoE Patch Notes for 3.7

What are Splinters? Which are Valuable?

Splinters are items that drop from all monolith monsters, similar to how splinters dropped in breach. The monsters do not have to a have a specific symbol – or any symbol – to drop splinters, although rare mobs tend to have them more frequently. There are five factions that drop splinters, and they are all visually different and consist of different mobs.

Once you have 100 splinters for a specific faction, they will turn into an emblem. You’re going to see a lot of similarities to Breach here. Any two emblems can be placed in your map device to create a conflict zone where the armies will fight. You can place up to four emblems into your device at once in order to create progressively stronger and more rewarding fights. Once you have done a four-way battle once, you unlock a five-slot map device which allows you to do five-way emblem fights.

Just like with Breach, some of the emblems are more valuable than others. Maraketh and Templar splinters are the most valuable, with Maraketh costing an exalt for a full emblem. These splinters alone are extremely lucrative, even if the rest of monolith didn’t shoot out tons of loot. Note: I highly recommend selling the splinters you get after you’ve tried the four and five-way fights once for the experience and map device. At this point in the league they simply lose you money – tested with a Headhunter and a friend to start the waves for me, we couldn’t come close to breaking even over around ten five-way fights. If you really want to farm them, I recommend three-way fights, so you don’t have to buy the two expensive emblems.

How should I Farm?

Everything is more lucrative this league, the monoliths add a ton of juice to every map. This means you can simply do whatever you enjoy doing, and you’ll be making money. I’ve tried several farming strategies, and all of them have been very profitable.

Tier 16 farming? Lots of profit. They added new sextant mods this league that are extremely profitable if you engage with them properly. You’ll have to figure out a bunch on your own, but two tips: use Torment Scarabs when you get the prophecy that gives scarabs from possessed foes, and make sure the spirits go into rare monsters (this is easier to do if you activate Beyond as well). You’ll always get your money back on this one. Potentially invest heavier if you get the mod from a red sextant, as that will give gilded scarabs. The second tip is to use Harbinger Scarabs when you get the Harbinger sextant. The mod that makes them drop extra loot affects all of the Harbingers on the map, not just the ones at the end. This gives a ton of extra splinters for minimal investment. Note: having the five-slot map device unlocked here can be very helpful for more investment!

Can’t or don’t want to do tier 16s? That’s fine. My second strategy has been farming tier four maps. You heard me. Monoliths are incredibly profitable, and while they do give more in higher tiers, that doesn’t mean that the lower tiers aren’t profitable as well. I set up my atlas so that it doesn’t have any tier five maps, and my only tier four is Strand. I shaped Peninsula so that it wouldn’t drop either. Then I went to town farming Strand maps with a fast Essence Drain/Contagion build. You clear the maps in about two minutes and get tons of loot. You also well over-sustain if you have decent atlas completion. All I do is use an Alchemy and run the maps. I make an average of 100-150 chaos an hour. It’s easy, and can be done while watching tv. If you have a faster build, you’ll simply get more money, since there’s no investment. This can be done with any low-tier map, as long as it only has one connected higher tier map that you can shape so that it doesn’t drop – or two if you have your elder orb and can remove both.

Legion is one of the most fun leagues I’ve played in a long time. The monoliths add so much loot and enjoyment to maps, I hope they never leave the game. The splinters are extremely lucrative, and even simply farming low tier maps is highly profitable due to the monolith, single-handedly. So, whether you’re farming to hit level 100 in tier 16s or farming to buy your first six link in tier fours, or anything in between, get to farming those monoliths! Hopefully our PoE Legion Guide has helped you to enjoy Legion league as much as I am!

For more Path of Exile, check this out: Introducing the PoE Legion League for 3.7