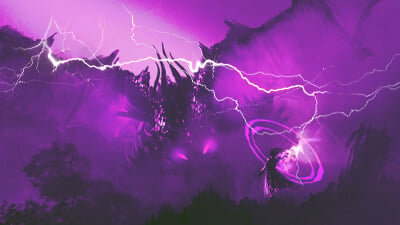 Path of Exile Monolith Farming has become a major aspect to the new Legion league, which added both the Legion and Monolith mechanics. Basically, you pop a monolith and are suddenly surrounded by hundreds of soldiers, trapped in time. Break out as many as you can and the ones you break out will come to life when time runs out. You can then kill them for rather impressive rewards. This has prompted many people to farm monoliths. So, what does that consist of, and what exactly is the best way to do it?

How Do I Farm Monoliths?

The way to farm monoliths is by running a map very quickly, popping the monolith, killing everything within it–twice–and leaving the map to repeat the process. Because you want to grab your loot and leave the map as soon as you finish the monolith, low-level maps work best. There’s a lot less investment that goes into low-level maps, and while monolith rewards do improve at higher map tiers, it’s not a significant enough increase to offset the massively hiked price of maps.

Since you want to breeze through the monolith as quickly as possible, it helps if the monolith is near the start of the map. This would normally be up to RNG, or manipulated by running smaller maps. However, there is one map in particular that almost always guarantees the monolith spawning right at the start. If you’ve been playing a lot of Path of Exile, it will be impossible for you to have missed Glacier farming. For some reason, the monolith spawns in the first area of the Glacier map over 95% of the time. It’s also an exceptionally small map, so even if it spawns in the second area, it doesn’t take long to clear. The rest of this article will be based around Glacier farming, but will be general enough that you can apply it to any map—within a few restrictions, of course.

To properly set up the map you want to run (we’ll be using Glacier as our example), you need to ensure that you can sustain the map without external factors. This means that by using only alchemy orbs, you have enough maps that you never have to buy more or run side content to get more. In general, this will be easier the lower tier of maps you are running, and the higher your atlas completion. You must also choose a map at tier 9 or lower, because this strategy involves shaping, and you cannot shape maps above tier 10.

Once you’ve decided which map you want to run, you need to make sure it’s the only one that drops. This is done by removing all maps of that tier, and the one above it–except the ones it is connected to. For Glacier, this means remove all other tier 2 maps and all tier 3s except Mausoleum and Leyline, because they are connected to the map we want to run, Glacier.

Once you’ve removed all the other maps, it’s time to deal with the connected ones. Connected maps can always drop, even if they are uncompleted. So, the way I remove them from the drop pool is to shape them. If we raise their tier by five then they can no longer drop, despite being connected. For many maps, this is as simple as using your shaping orb on the one connected map. However, for some maps, Glacier included, there are two adjacent maps. If you do not have enough Shaping Orbs to shape the adjacent maps, then you must use your Elder Orb. This can be obtained by progressing Zana’s questline to the point where you kill Shaper. When you’re finished, you’ll have an atlas with all tier ones completed, Glacier as your only tier 2, Mausoleum and Leyline shaped and eldered to higher tiers, and all other tier 3 maps removed.

This will guarantee that Glacier–or the map that you chose–will be the only map that drops when it tries to drop the tier you are running (tier 2 in the case of Glacier). And when it tries to drop a higher tier map, it won’t be able to because you don’t have any, so it drops down to once again give you one of the maps you have chosen to run. Using this method and only 50 atlas completion on my second account, I was able to over-sustain Glaciers, running only the first area.

Which Build Should I Use?

Once you’ve decided which map you want to run and set up your atlas properly, the question remains of which build you should be running for fastest clear. Since you won’t care about anything other than clear time, there are a few key builds that stand out. Before we start, you need to know that if you unlock every single monolith monster, the timer will end and they will come to life immediately. This means that if you have a build that can break them all out quickly, you can farm that much faster.

With this in mind, there are three main builds that people typically use to farm monoliths. First is the build I use, a Tornado Shot Deadeye. Making use of the chain from the ascendancy and Rigwald’s Quills, you can very easily clear all the mobs. If you add in Headhunter (provided you have the money), it gets even more ridiculously fast. I routinely clear Glaciers in under 40 seconds with that setup.

A far more budget-friendly setup is Essence Drain Trickster. Now this build will likely not clear every single mob from the monolith, and you’ll more than likely have to run around and clear a few rares after your initial Essence Drain spread. However, it’s a very good build for a budget and makes quite a bit of currency, fast.

The final build is more of an archetype. Several Vaal skills are excellent for clearing the entire monolith–Vaal Ice Nova being the most popular. However, to get your build to a point where you can cast the Vaal skill twice (once to awaken the mobs, and again to kill them) it takes some investment–at least 10 exalts for the two bloodstain fossils.

Now you have a range of builds with a range of investment. Pick one that matches your budget and playstyle, and kill a ton of monsters! If you would rather do a different build then, by all means, go for it! You’ll likely go a bit slower, but all that matters is that you have fun anyway.

Path of Exile Monolith Farming has become the fastest way for the average player to generate currency in Legion League. If you’re looking for a few more exalts for that next big item, or you want to farm for a week or two for Headhunter, give monolith farming a try! It’s not too expensive to set up, and it makes crazy amounts of currency. And have fun doing it!