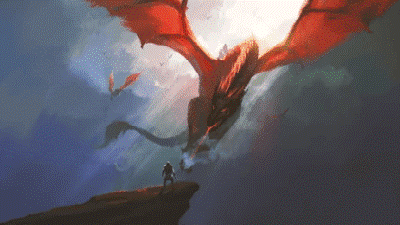 Path of Exile has revealed the essential details about the upcoming The Forbidden Sanctum expansion. The latest League will be introducing a whole lot of new features as well as many revamp of previously existing systems. After the reveal stream, many questions have been raised regarding some changes that might have been unclear to them. Some players might have missed the broadcast, so here is a recap of all the significant points discussed in the vod.

While GGG has made it a policy to release only a few details about upcoming expansions, Chris Wilson has pointed out many critical changes in the next League. These updates range from new mechanics to several quality-of-life improvements. Here are all the things that were discussed in the stream:

While many topics were opened in the vod, most were only given a few key details and not extensively. However, the points were enough to paint a picture for the community.

The Forbidden Sanctum will replace Lake of Kalandra as the latest challenge instance in the game. The challenge will feature a rogue-like element to the game while maintaining its ARPG spirit. The game’s mechanics have been heavily compared to other games, mainly to Hades.

The Sanctum is a 32-room challenge divided into four floors. Each room can be accessed via each area or map in the PoE. These rooms will feature mainly unique mobs, ensuring some nifty rewards. At the end of each floor, players will face an elite boss, who they will have to beat to enter the next set of rooms. The layout of each room changes every time, so gamers must study their terrain to succeed.

Many mechanics will operate during Sanctum runs. The most noticeable feature would be the Resolve resource pool. This will be considered the HP resource for the challenge, entirely separate from the character’s health pool. When a player’s Resolve runs out, their Sanctum run will end.

You will lose Resolve whenever mobs, traps, or any mechanism inside the Sanctum hits you. The closer you are to the source of the damage, mainly groups, the lesser the deduction. Other factors would raise the severity of resource loss. Fortunately, there are also many ways for players to generate or recover their lost Resolve.

During their runs, players will most likely receive an Affliction. These curses will adversely affect the run, mainly on the Resolve pool. The severity of these disorders will vary, and many of them will dictate the fate of the run.

Exiles can recover their nearly depleted pool via boons or fountains. At the end of each room, there is a chance that players can encounter one of these. Boons are special bonuses that will benefit the run, such as Resolve recovery. There will be minor and significant blessings, which will be beneficial in counteracting Afflictions. On the other hand, Fountains are Resolve recovery stations that players will encounter from time to time.

On top of these features, players can also form Accursed Pacts. These encounters will provide Exiles with various blessings in exchange for gaining random sacrifices. The rewards can vary from gaining major Boons to getting more Resolve. The gifts can be in the form of Afflictions or outright resource deductions. Boons and Afflictions only take effect per run and will be removed if the whole instance is over.

Players who kill mobs and bosses gain a currency called Aureus coins. These coins can be used mainly to buy boons from merchants inside the Sanctum. However, gamers will only have the opportunity to do this sometimes, so they have to be wise about when to save and spend. Aureus coins are exclusive to the current run, so gamers will lose them when the challenge ends.

Regarding rewards, players can receive room prizes now and then. These Offers will provide gamers with three options. They can either get a bonus now, get a better price at the end of the floor, or receive the best loot after defeating the final boss in the Sanctum.

Gamers can influence their Sanctum runs by equipping Relics on the Altar. These items will provide various benefits, from Resolve recovery to types of rewards gained. Unlike Boons, Afflictions, and Aurus Coins, Relics are permanent items and can be carried over to different runs.

With so many things going on in The Forbidden Sanctum, it is hard not to see why players dubbed it Hades 2. Aside from skills, runs will rely heavily on luck since Boons and Afflictions play a colossal role in your progressions’ success. This challenge will also require players to be knowledgeable about their enemies and their layout to become more efficient.

The changes for the endgame stage mainly revolve around the Atlas system. These include updates to the Talent Tree and replacement to the Archnemesis mods. Here are all the changes to the endgame content:

Devs have acknowledged that changing specs from boss-oriented paths to mapping routes is tedious and expensive. The need to remap and find Regret currencies lowers the enjoyment of the Atlas. In response to this, GGG will remove the boss-oriented paths and make it so that mapping nodes also affect the unique mobs.

Scarabs have also been updated and have become more efficient. Instead of augmenting the mods of the mobs, they now increase the number of packs, increasing the chances of obtaining loot. In addition, new clusters will also be added to the tree to block certain Leagues from appearing in your runs.

A new currency will also be introduced to the game, impacting crafting. Fraction Orbs are designed to lock a particular mod into an item. This feature ensures that the locked augment will not change or be affected by any future modifications.

The Eldritch Altar has also been nerfed. These mods are too rewarding and attract too much attention away from mapping. The drops for this particular content have been lessened to avoid gamers min-maxing in it, but they are still quite rewarding to a certain degree.

The Archnemesis has been in effect for a long time, but it is time to pull the plug. Fans and devs have found that the monster mods presented by the current system can feel overwhelming and confusing. As a result, the modifications have been completely overhauled.

Monster mods now only do one thing and will interact with the players’ resistance. Foes will also have a lower number of modifications. These augments will also be direct and have effects that are represented by their names.

To further buff melee gameplay, new skill gems have been introduced that are mainly for close-range play. These abilities include Volcanic Fissure and Frozen Legion. The former skill releases a fissure that will damage every foe it passes through and can overlap damage. Frozen Legion summons statues around you that equip the same weapon you have to unleash a sweeping attack that scales on the characters’ attack.

Several Vaal Gems have also been improved, specifically those for melee abilities. The most notable of these was the Vaal Flicker and Vaal Cleave. The former allows players to execute a series of attacks reminiscent of an omnislash, which can stack damage on a single target. Vaal Cleave will enable players to absorb mods of unique monsters they kill for a short time.

With the new expansion, a new set of Unique Weapons will also be introduced in the game. A total of 15 additional unique armaments will be added to the game. In addition, several pre-existing Unique Items, such as the Starforge Infernal Sword, will also receive some buffs to increase the number of iconic weapons at the top of the meta.

A new set of Jewels will also be introduced in the Sanctum League. Some unique Jewels are further improved, especially those with ailment mitigation. Some of these stones have gained more modifications to increase their value to players. Several ailment mitigations have been enhanced by making them multiplicative rather than additive.

Hexes have been at the bottom of the meta build for a long time now due to the existence of penalties in the game. To make these abilities more reliable, devs have made several changes, including removing the sanctions and the Doom mechanic. Most map and encounter bosses will no longer have the effect reduction of curses. The Doom hex has been removed because it adds too much complexity in fights, especially when up against mobs with multiple mods and hexes.

Ruthless Mode has been teased once again. This new challenge has been made known to the community for weeks already. GGG confirmed that Ruthless is still in its testing phase, so devs will not hesitate to make significant changes to improve the new Mode.

While there are a bunch of other improvements in terms of QoL, these are the most notable updates from the upcoming League. Several support packs and microtransactions will be available for purchase to support the development of PoE 1 and 2. In the meantime, players can sit tight and wait for the official release of The Forbidden Sanctum on December 9, 2022.