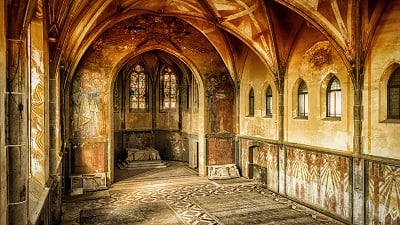 Hello,Exiles! This is Ryan here to share some Path of Exile (POE) tips for beginners regarding Skill Points for the PoE Passive Skill Tree, Skill and Support Gems and Weapons for your characters. Let’s dive into it!

Do Quests to Earn Skill Points!

Skill Points are the currency needed to navigate the Passive Skill Tree. If you want to survive Wraeclast in one piece, you’ll have to upgrade your passive skills wisely and tailor it to both your play style and to your character’s strengths. Normally, you earn skill points from levelling up, but you can also earn a few from quests! Here are two notable quests to keep in mind:

Defeating the captain and his summoned minions (a manageable fight) and speaking to Bestel at Lioneye’s Watch will reward you with another skill point!

After reaching the Prison for the first time, a quest notification will pop up telling you to return to Lioneye’s Watch for some assistance. In town, Nessa will hand you your first Support Gem! These items bestow supporting effects on your skill gems when equipped in linked slots on weapons and armor. Some effects include adding a chance to ignite enemies, summoning a totem that will use the linked skill, added elemental damage or adding debuff effects to skills. These are invaluable, especially for the fight against Brutus at the top of the prison, so get your hands on these as soon as you’re able to!

Have any unused or unneeded gems on hand? Store them in your stash in town for future use! You can keep them either to trade with other players or to use on a new character build.

Read More: 15 Useful PoE Tips for The Fall of Oriath

Weapons: you won’t survive without them. So, it’s important that beginners keep a sharp eye out for good weapons, either with lots of stat modifiers or plenty of sockets for your skills that will help get an edge over everything and their mother trying to kill you. However, if you trade a few items to your local vendor, they can hook you up with some great weapons for a relatively easy cost! Here are a few examples:

Armed with these tips, new Exiles, you’ll be unstoppable! However, if you’re looking for some of the items above (especially those Gemcutter’s Prisms, which are very useful currency for your skill gems!), go check out the Path of Exile store at PlayerAuctions! You’ll find all of the above at their store for reasonable costs, and all transactions are safe and secure.

See you on the battlefield!