How to Walk with Pokemon SV 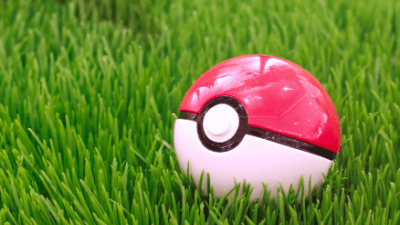 Since the release of Pokemon Yellow, trainers worldwide have waited for the chance to walk with their Pokemon again in mainline games. The wish came true in Generation 4, with Amity Square in D/P/Pt, and Heart Gold and Soul Silver. The feature returns in Scarlet and Violet, with added functionality to boot! Here’s how to get your Pokemon to follow you in the overworld.

This feature lets trainers send out their first Pokemon in the team in the open world. However, the companion’s ability to battle wild Pokemon (and other trainers) sets these games from the past ones. Autobattling lets the trainer move unhindered to their destination or collect a nearby item without entering the battle screen.

Other than that, it’s a welcome mechanic for EV trainers. The mechanic makes the training streamlined and much faster than usual methods. All the player needs is to direct the companion at the Pokemon to be defeated, which is way easier than spamming a button through several battles.

A History of Walking With Pokemon

As mentioned, Pokemon Yellow was the first game to implement this feature. In this version, Oak offers a wild Pikachu they recently captured as a starter instead of the usual Grass/Fire/Water trio. Even the rival gets a different one, an Eevee.

Like in the anime, this Pikachu refuses to go into the Pokeball, so it follows you around in the overworld. You can even talk to it, showing how the creature feels. It’s a cute detail, and there was never a game with a mechanic like it until the Diamond/Pearl/Platinum era.

In those games (and their remakes), Amity Square lets you send out a Pokemon from their short list of allowable ones to follow you in the area. Once inside the park, players can stroll around and interact with their companions. Sometimes, the creature picks something up (usually an accessory for contests).

In the remake, you must pick one to get in, but the rest of your party can also enter the square. From there, you can make Poffin and have all six of your Pokemon follow you around the park. Afterward, you can have a companion follow you out in the world. There are still areas where it’s not allowed, like caves and specific regions.

In Heart Gold and Soul Silver, it’s an automatic feature. Your starter would do it from when you get them. Switching them out with other Pokemon you catch afterward is also possible. You can talk and interact with them, and they sometimes pick up items.

As a side note, this is the time when Game Freak released the PokeWalker. It is a physical device that lets you download a Pokemon onto it where it could ‘accompany’ you daily. At its core, it is a pedometer, and just walking around will increase the Pokemon’s happiness and levels. Besides that, you can also battle and capture creatures, find items, or connect to a friend’s PokeWalker. It is the closest thing to walking with Pokemon we could reach in real life.

After that era, the feature hasn’t returned until Let’s Go Pikachu/Eevee. As they are a remake of Pokemon Yellow, it follows that these games would have it too. What makes it unique from the other games is that some Pokemon allow the trainer to ride them, such as Charizard or Starmie. They also pick up items sometimes.

The latest it showed up is Sword and Shield’s DLC. The Isle of Armor allows this feature, complete with interactions. It is, however, limited to only the Isle of Armor and not allowed in mainland Galar or the Crown Tundra. Your Pokemon does not pick up items, unfortunately. It is purely cosmetic, but it increases the companion’s happiness to 180, 20 more points from the understood maximum.

Now with Scarlet and Violet, having your captured Pokemon follow you brings many benefits and streamlines training.

Why Walk With Pokemon?

One of the fastest ways to increase happiness is to let the Pokemon out to follow you. It is possible to raise it without doing this since it hasn’t been a feature for a long time, but it’s one of the best ways to do so. Plus, you could interact and see how they feel moment by moment instead of looking for an NPC to guide you.

While you may not notice it, a Pokemon’s happiness also influences how they battle slightly. Those with high values sometimes let them survive an attack that would otherwise make them faint or evade more damage coming their way. There’s only a slight chance of these happening, though they’re handy when they get out of a pinch.

Outside of that, it influences the power of the moves Return and Frustration. Return is more potent with high happiness, but Frustration works in reverse. Other mechanics that use this hidden stat is the evolution of specific Pokemon such as Golbat, Eevee, and the various baby Pokemon.

The Soothe Bell is a hold item that doubles happiness gain. It’s handy for anyone wanting to warm up with their companions faster. Plus, you can always show off your shiny Pokemon with this feature (if you have any).

Enjoy Adventuring in Paldea With Pokemon!

Having your Pokemon out in the wild makes the journey feel less lonely. Of course, you have your companions with you, just in Pokeballs in other games, but that doesn’t feel the same as this. Besides, it makes exploring easier because you don’t have to keep avoiding wild Pokemon from interrupting your search.

With the wide-open world of Paldea, there are so many nooks and crannies you can explore with your Pokemon! Whether through the land, sea, or air, adventure is waiting just around the corner. Have fun with your most loyal companion following you through your journey.

Catch, battle, and explore in Pokemon Scarlet and Violet!